Then days later she broke with tradition and broadcast an Easter message, appealing to those of all faiths and none. “We know that coronavirus will not overcome us”, she said. “As dark as death can be – particularly for those suffering with grief – light and life are greater. May the living flame of the Easter hope be a steady guide as we face the future.”

There’s a steeliness about the Queen.

In a world where celebrities dab at their eyes and emote at the slightest provocation, she – this calm and tiny old lady – exudes a moral strength and sense of purpose that is quite extraordinary.

She speaks of her strong Christian faith without embarrassment, which is pretty unusual these days.

Even the Archbishop of Canterbury tends to avoid talking about God.

I haven’t always bothered to watch the Queen’s Christmas broadcast, but I felt the need to hear what she had to say in the year that Christmas was cancelled.

If you watched too you’ll remember she sat at a desk with only a small photograph of the Duke of Edinburgh at her side, not the usual bevy of children, grandchildren and great grandchildren. 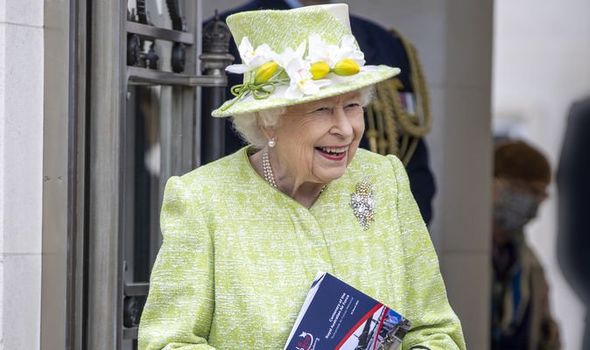 We know that she favours a “slimmed-down monarchy” but this felt more like an acknowledgement of the loneliness of her great office which she has carried since she was in her 20s. There was also a delicate sense of solidarity with viewers isolated in their homes in the strange Christmas that wasn’t.

Prince Philip retired from public life in 2017 but there was no question of the Queen doing the same. In 1947, on her 21st birthday, she made that speech to the Commonwealth pledging that “my whole life – whether it be long or short – shall be devoted to your service”.

But as she soldiers on she sees some members of her own family fail her.

Prince Andrew was forced to give up public life. The Sussexes have stepped back. Or was it stepped down? Either way they’re gone.

A year ago in the first lockdown the Queen made the decision to self-isolate at Windsor Castle. Balmoral would almost certainly have been her preferred choice for a royal bolthole, but that would have been too removed.

It would have been understandable if she had retreated from public life altogether yet in 2020 she undertook 127 engagements either in person, by phone or by video call. 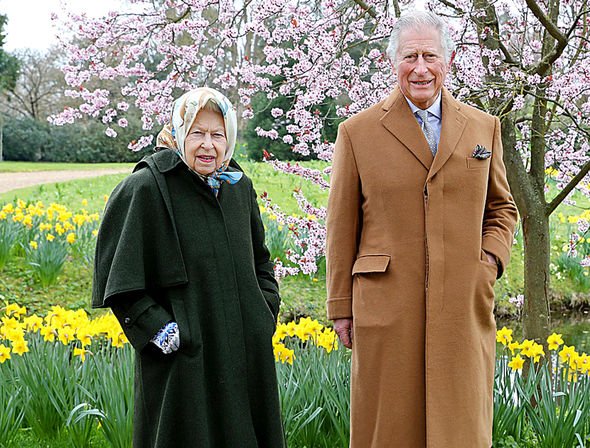 Last July in an open-air ceremony in the quadrangle at Windsor Castle she knighted Captain Tom Moore. This Second World War veteran, aged 100, who raised more than £32million for NHS charities by pacing his garden on his walking frame, was probably the best-loved man in Britain that summer.

The Queen honoured him in what was described as a “unique ceremony”. They chatted for five minutes or so in the sunshine. It’s unlikely either of them said anything very profound, but they both could claim membership of that special and dwindling generation who remember the Second World War and the sacrifices that were made by individuals.

They are the generation that truly understands the phrase “Blitz spirit”, the generation that knows best whether comparisons between then and now are apt or odious. It was so moving to see these two old people meeting in the sunshine, remembering what they shared.

The Queen has taken to Zoom like a duck to water which has given us a chance to see her engaging with members of the public in a completely new way. Her Zoom wardrobe is pretty dresses and pearls with the screen positioned just so.

Last month schoolchildren joined her in a conference call for British Science Week. She seemed to be enjoying herself and talked about meeting the first man in space Yuri Gagarin in 1961. What was he like? “Russian”, she said with a giggle. 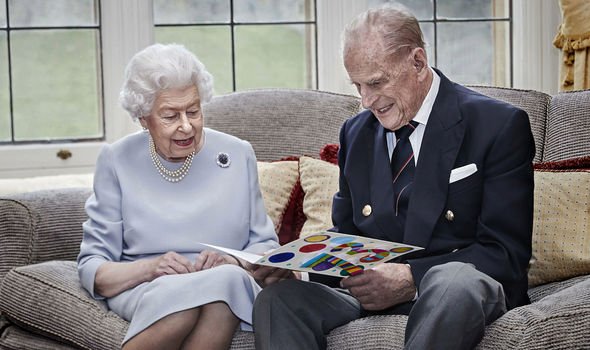 It reminded you what memories she has, this long-reigning Queen who has met everyone and outlived so many.

The event took place only a few days after Oprah Winfrey interviewed the Duke and Duchess of Sussex. The family rift caused when Meghan and Harry went west to California is just one of the private trials and tribulations that the Queen has weathered in the past year.

Prince Philip, months short of his 100th birthday, went into hospital on February 16 and was later transferred to Bart’s for a heart operation.

After he left hospital HM sent a bouquet of spring flowers to both thank the staff and to mark the first anniversary of lockdown. She also let it be known she would observe the minute’s silence. She speaks out rarely and her words are always carefully chosen.

In another video call with those in charge of the vaccination roll-out she stressed the painlessness of the jab (which she had in January) and urged the hesitant to “think about other people rather than themselves”. A loud and clear salvo if ever there was one.

It’s often said that the Queen never puts a foot wrong. And this past year which has tested her in so many ways has been no different. 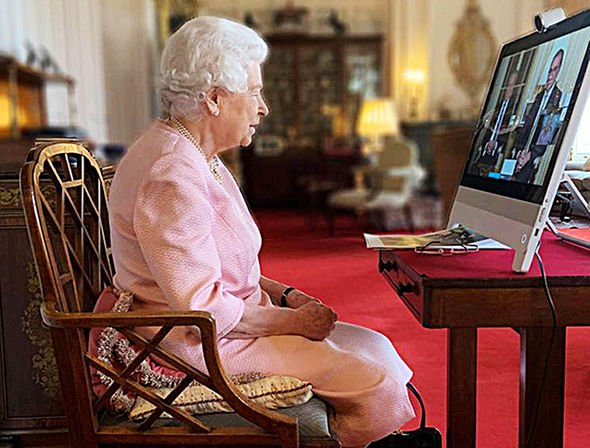 She wore lime green last Wednesday. She always wears bright colours so that she can be easily seen. And this coat was a real dazzler, last spotted at Royal Ascot back in 2019 in that time of sunny innocence, before Covid.

It was her first public appearance this year, a celebration to mark the 100th anniversary of the Royal Australian Air Force held at the Air Forces Memorial at Runnymede in Surrey, just a short drive from Windsor Castle.

Many have speculated that the pandemic will see the Queen finally move quietly into the shadows.

Her reign, said royal biographer Andrew Morton last summer, is “effectively over”. I wouldn’t be too sure.

There was a business-as-usual look about the Queen last week. She wore no mask, and along with her springtime colour scheme and her very presence, she seemed wonderfully reassuring.

It is Easter again and yet again she is facing the future with hope.