The UK may walk away from trade talks with the EU as both sides are struggling to see eye-to-eye over access to British fisheries, the so-called level playing field and the governance of any future agreement. The bloc’s chief negotiator Michel Barnier even admitted at the end of last month a deal looked “at this point unlikely”, while his British counterpart David Frost said there were “considerable gaps” between the UK and EU’s stance. The UK has also ruled out extending the transition period deadline, proving Britain will leave the bloc officially with or without a deal on December 31.

However, some member states of the EU are significantly less willing to proceed without a trade agreement in place, such as Ireland.

According to Open Europe, a free market think tank, Ireland is likely to suffer the most if there is no deal, particularly in its economy.

It claimed the impact could see the Emerald Isle weather a permanent loss of 3.1 percent of GDP by 2030, although the predicted extent of the damage varies across different studies. 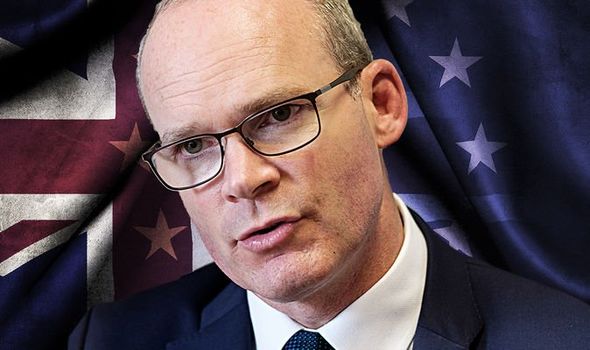 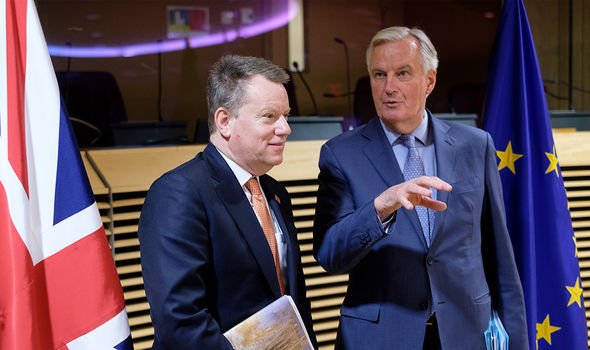 If there is no trade deal the UK will be seen as a “third” country by the European institution, meaning any Irish goods which travel through Britain will have increased tariffs and face significant obstacles to their trade industry.

He said: “In terms of the future relationship and a trade deal, the honest answer is that we are in a difficult place.

“My view is that we will find a way of getting that done, that’s a personal view, but there have been five rounds of negotiations and very, very little progress has been made.” 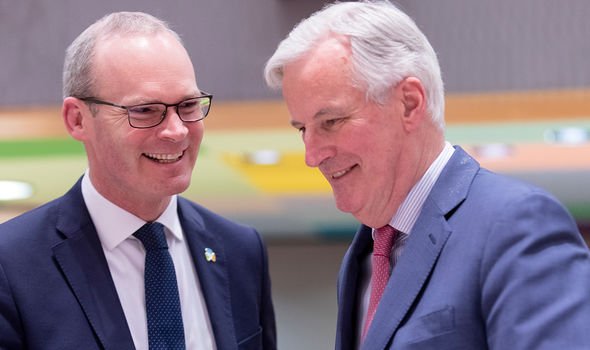 Although Irish and EU officials had reached a draft agreement which would try to reduce the Brexit impact on Irish food and animals which use the UK as a land bridge to reach the rest of the bloc at the time of his interview, Mr Coveney lamented the UK’s alleged change in stance.

Speaking to the Irish Examiner in July, he claimed that Britain had deliberately “moved away” from legal commitments made earlier this year.

He continued: “It has been a frustrating process, both sides have agreed to intensify negotiations.

“Michel Barnier has been clear there has not been much progress.

DON’T MISS
How Northern Ireland ‘could return to EU’ after Brexit [INSIGHT]
Micheal Martin’s Brexit fury with Leo Varadkar: ‘It’s all your fault!’ [EXPLAINED]
How surprise nation has moved to back Ireland after UK departure [EXPOSED] 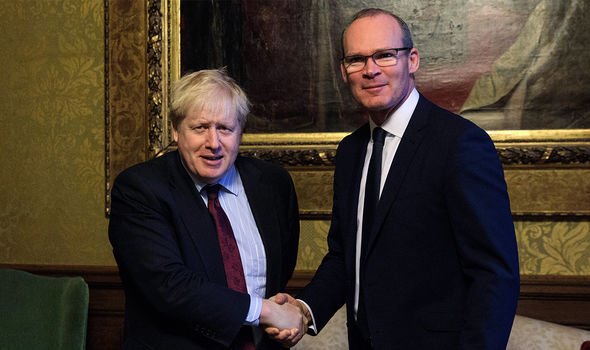 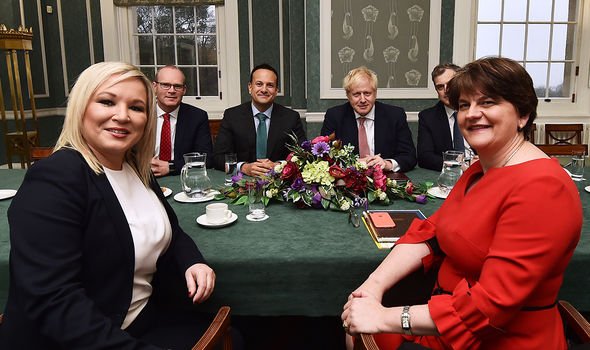 “There was an expectation that we would see more from the British side.

“The approach of both sides is completely different.”

He claimed: “The biggest problem is that the UK is not adhering to the approach agreed only six months ago in the political declaration.

“Until the British approach this process in a way that is consistent to what was agreed, it is hard to see progress being made.”

Back in June, Ireland’s foreign affairs minister even claimed that the UK had tried to “rewrite the rulebook on the negotiations of the political declaration” signed earlier this year.

However, it must be noted that the changes made to the political declaration were non-binding when the UK signed it in January.

Mr Coveney has also accused Britain of reneging on agreements before.

Last September, he expressed concern that Britain was reneging on the Joint EU/UK report which was committed to frictless trade during debates over the Northern Ireland backstop.

Yet, Mr Johnson ended up reaching a substantial new agreement with the then Taoiseach Leo Varadkar, called the Northern Ireland Protocol which allowed the Brexit process to continue.