Home » Europe » How to take on our broken, bureaucratic social care system – and win 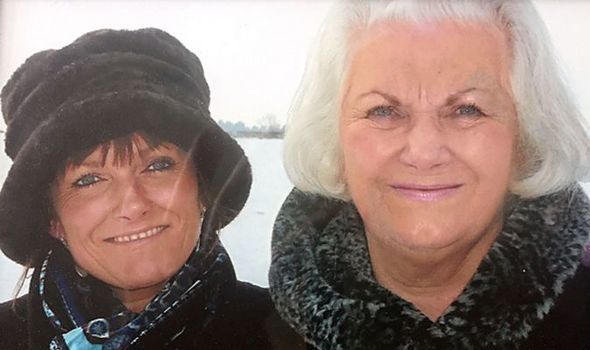 The nightmare of her sudden incapacity – she was left unable to speak and paralysed down her left side – and the unbearable sadness of seeing an active, spirited woman confined to a wheelchair seemed like the very worst of our troubles that dark day in May 2019 when she collapsed at the bus stop.

Mum spent three months in hospital that summer: 12 weeks of anxiety and fear as it became apparent that, at 81 years old, she was not going to make a miraculous recovery. Returning to live in her own home in East Yorkshire was a risky option, but her heart was set on it.

It could only happen with a lot of support from carers, and when Mum was being prepared for discharge from hospital, my sister and I had no clue how this would work.

If we had known then what we know now about taking on council-provided carers, we could have saved ourselves rivers of tears, hours and hours of time, and a world of debilitating worry.

Instead I had to read up fast on the labyrinth of the local council’s social care provision so I could do my best for Mum in her hour of need and make sure she got what she was entitled to.

Nearly two million people in Britain find themselves in this position every year, when illness or the frailties of old age leave someone needing support with daily living.

Someone in most of those households will have paid taxes and National Insurance contributions over a lifetime of hard work, in the expectation that the state will help them when they can no longer live independently.

Yet, in our experience, councils work painfully slowly, different departments don’t communicate with each other, mistakes are made (financial and practical) and officials can be intransigent and unhelpful.

Key to navigating all this is the social worker assigned to any individual who is about to enter the world of council-provided care. Mum’s social worker was allocated towards the end of her stay in hospital, and we were informed by nursing staff on the day of discharge that it had been decided she would receive four home visits a day totalling two hours.

Despite repeated requests, we did not meet or speak to Mum’s social worker until four weeks after her return home, and only then because I phoned her saying we needed urgent help.

The situation wasn’t working. Carers popping in four times a day meant my mother was spending hours alone, unable to move or communicate and incapable of getting to the toilet. She worried about fires, flooding and burglars – all very real fears to someone trapped in a chair all day.

The carers were a mixed bag, all of them underpaid and pressured to fit in too many calls in too short a time. Two young carers in their first jobs out of school burst into tears when they saw the equipment needed to move my mother. They had no idea how to use it.

The first care call was scheduled for 8am, by which point Mum was desperate to get out of bed, in pain with lying in one position all night, in need of medication and to be changed out of sodden incontinence pads.

Sometimes the carer was there on time, but more often than not traffic and an overrun on previous appointments meant she didn’t turn up until closer to 9am, by which point my poor mum was in tears, fearful she had been forgotten.

In desperation, my sister took a month’s unpaid leave and stayed with Mum all day from 9am to 6pm, then I took over from 6pm to 9am (I’m a freelance writer so my work was flexible).The carers continued to call, but my sister and I were always there to make sure Mum felt safe.The social worker seemed reticent, so I started making phone calls. Knowledge is power, never more so than when it comes to navigating the labyrinth of council-provided social care.

I gathered advice from as many people as I could find, spending hours on the helplines of three charities – Age UK, Carers UK and the Stroke Association.

Their patient and knowledgeable staff gave me all the information the council had failed to. My mother would be entitled to Attendance Allowance totalling £89.60 a week. Instead of paying a fortune for incontinence pads every week, she should be assessed by the NHS for free provision. She would qualify for a council tax discount or even exemption because she had disability equipment in the house.

They gave advice on other financial help for which Mum qualified, the phone numbers of support groups and forums, details of a charity which, at no cost to us, would provide Mum with a laptop and a volunteer who would provide invaluable weekly speech therapy sessions.

All of this information – and much more – was provided by the charities I contacted: I would advise anyone else in the position we found ourselves in to make full use of these resources from the outset.

By contrast, Mum’s council obfuscated and delayed, failing to provide information that was crucial to supporting her. We didn’t know until Carers UK told us that she was entitled to eight weeks a year of respite care in a residential home. This proved a life-saver, given that my sister had to go back to work and I couldn’t stay there 24 hours a day.

She moved into a care home (a temporary measure – she did not want to live there permanently), which gave us two months to work out a longer-term plan.

Carers UK told me about the Direct Payment scheme run by most councils but which had never even been mentioned to us. Instead of having random, harried agency workers turning up for half an hour then dashing out of the door, we could recruit our own carers and allocate the hours as we saw fit.

They could form a bond with Mum, get to know her, build up her trust and develop a relationship with her.

It took some effort on my part – recruiting, managing and paying the carers from my mother’s monthly allowance – but it worked beautifully and we ended up with a small, trusted group of five carers. Mum came to adore them when she moved back home.

As I learned more about our social care system, I challenged the council on many of its decisions. I complained about the social worker being absent and unhelpful, and threatened to go to the local government ombudsman.

A new social worker was duly allocated – an attentive and supportive woman who conducted an in-home assessment and immediately tripled my mothers’ hours of care from 14 a week to 42. This felt lifechanging, and made an unmanageable situation a hundred times easier.

I had many more battles with the council. Mum, who sadly died last year, came to stay with me for eight months and they said all her entitlement to care would stop because she wasn’t living in her own home.

I appealed against this decision and, months later, won. Her care was fully reinstated. Given that I’d had to give up work, the Carers UK charity advised me to apply for Carers Allowance which I duly claimed – £66 a week (taxable), awarded as long as I did at least 35 hours a week of caring and earned no more than a limited sum from other sources.

I came to learn that councils impose blanket catch-all rules which sometimes make no sense to individuals. What’s key is to know that you can challenge these rules, often with positive results.

It took some effort on my part – recruiting, managing and paying the carers from my mother’s monthly allowance – but it worked beautifully and we ended up with a small, trusted group of five carers. Mum came to adore them when she moved back home.

I rang the council twice to ask if my mother qualified for a council tax exemption when she moved in with me – Age UK had advised us that this would be the case. I was told she didn’t qualify but rang back the following month and spoke to a council official who said yes, absolutely, she would not have to pay council tax while living away from home.

What’s crucial is for your loved one to have a responsive social worker: if it’s not working with the one you have, ask for a change. We did, and our predicament was suddenly a lot easier. Be confident that you can make changes and don’t be afraid to challenge decisions you think are unfair.

Above all, seek input and advice from relevant charities and agencies. They are up to speed with entitlements, any available support, how the system works and where to send you for help.

It’s a steep learning curve, often at a point where shock and sadness make it difficult to know where to turn. But with the right guidance and support, it does fall into place.

WHERE TO FIND HELP