Diana and Charles were a poorly matched pair from the start, due to their 11-year age difference and their contrasting approaches to life in the spotlight. Diana became the world’s most photographed woman, known for her glamorous appearance and compassionate nature. Charles reportedly grew jealous of the attention she had and struggled to connect with his wife on any level as they had few shared interests.

Both sought relationships outside of their marriage to cope but this only accelerated their marital collapse.

However, these problems were largely kept out of the public eye until the 1992 publication of Andrew Morton’s bombshell biography, ‘Diana — Her True Story’, which the Princess of Wales had secretly collaborated with.

The book shook the Royal Family as Diana had passed on the details of her misery behind Palace walls and revealed the true nature of her failing marriage.

She had been due to go on an official tour of Korea with the Prince of Wales, but tried to pull out of it due to the publicity surrounding the couple.

The Queen strongly advised her to attend the tour to show their marriage was still intact, and after some resistance, the Princess of Wales finally agreed to accompany her husband. 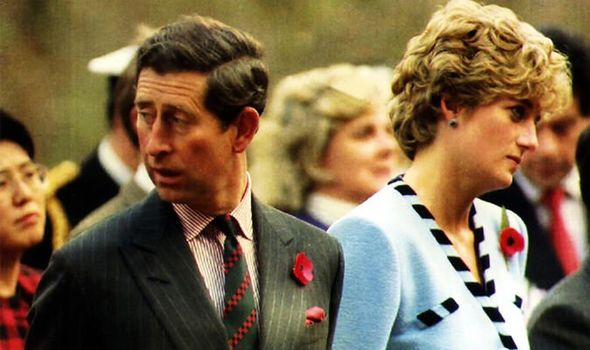 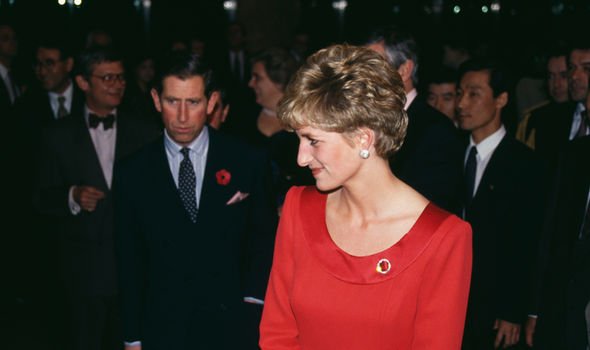 Yet, the official trip ended up proving that their fairytale love story had come to a dramatic end and the couple were even nicknamed “The Glums” during their tour.

Royal biographer Howard Hodgson explained in his 2007 book, ‘Charles — The Man who will be King’, that “the trip was, from a PR perspective with the people back home, a disaster”.

He claimed: “[Diana] went out of her way to look extremely miserable, and frequently appeared to be on the edge of tears.

“She was genuinely depressed.” 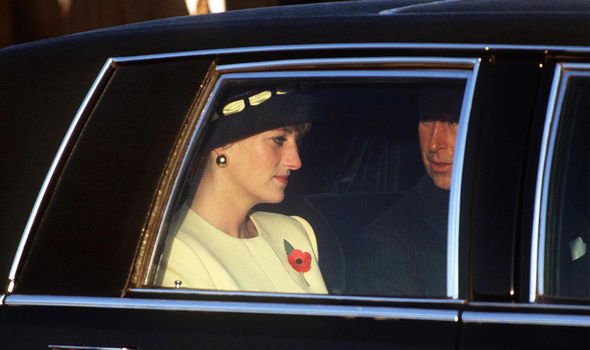 He continued: “The trip was a dreadful experience for both of them.

“The Princess seemed close to a nervous breakdown while the Prince frequently looked shattered by his brave attempts to paper over the cracks and save the nation’s bride.”

The photographs from the tour have become the most famous images of their failing marriage.

The biographer remarked that it was “obvious” it would be “the very last time they would do a tour together as husband and wife”. 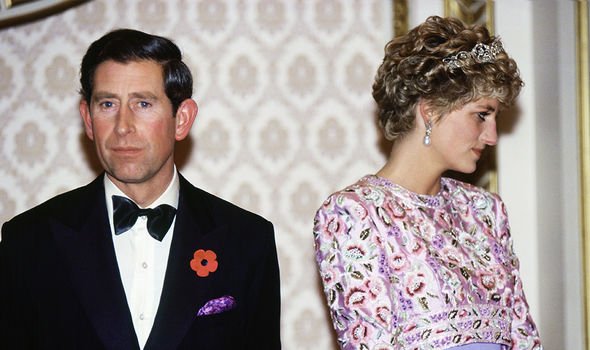 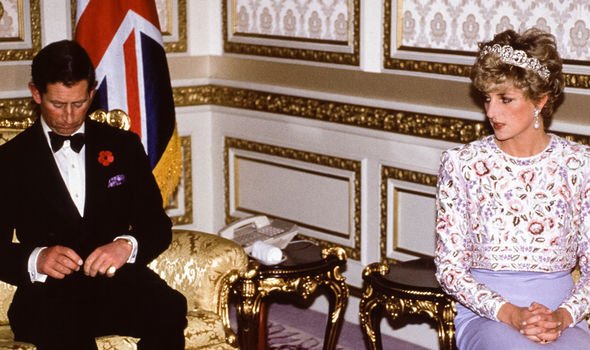 Charles was devastated that his marriage had collapsed, as divorce was still unusual within the Royal Family.

As the first-in-line to the throne, his wedding had been an occasion of great celebration and Diana had been expected to become his queen consort.

Yet, “he had been embarrassed and even humiliated” by Mr Morton’s book, and “she had almost caused huge humiliation of the British nation by their singularly selfish behaviour in Korea”.

Royal correspondent James Whitaker reported at the time: “They arrived in Korea with orders to present the image of a loving couple.

“Instead, stony-faced they ignored each other, not even exchanging a look.” 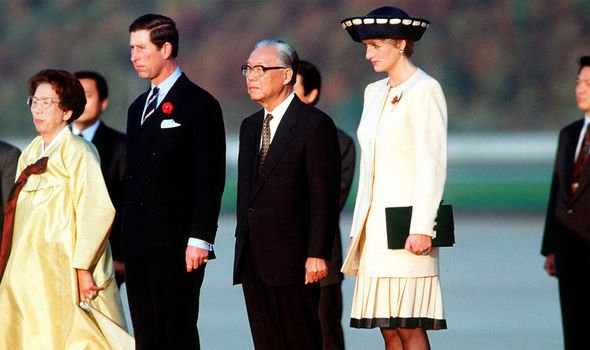 However, Mr Hodgson did note: “Despite this the trip, as all trips undertaken by these seasoned ambassadors of Great Britain, was a great success in terms of trade deals and government ties.”

The royal expert also claimed that Diana “too easily managed to correct” her behaviour the following week in Paris.

She had gone on a trip to the French capital after returning from Korea, where she had stunned royal fans by becoming the first Princess of Wales to have a solo meeting with the sitting French president, then Francois Mitterrand.

The couple announced their separation just a few weeks later, in December 1992.

Despite claiming they had no intention of officially ending their marriage, they finalised their divorce in August 1996.

Howard Hodgson’s ‘Charles — The Man who will be King’, 2007, was published by John Blake Publishing Ltd and is available here.