Home » Europe » 'How we spent May 20': Brits share heartbreaking pictures from day of BYOB party 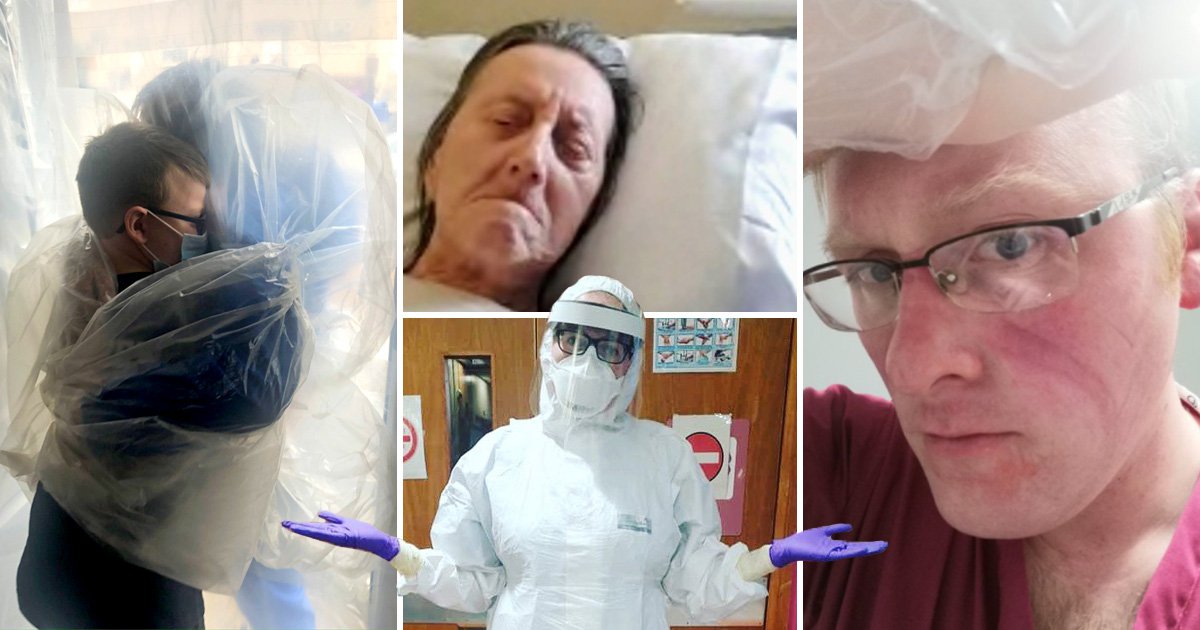 Furious Brits have spoken of having to bury loved ones and miss major family milestones on the same day Downing Street staff enjoyed a BYOB garden party.

Fresh revelations that 100 people were invited to the ‘socially distanced’ gathering at No 10 on May 2020, 2020, have prompted renewed anger among those who followed the rules.

A leaked email obtained by ITV News showed Boris Johnson’s aide Martin Reynolds urged colleagues to join him at the drinks and ‘make the most of the lovely weather’.

England was under tough coronavirus restrictions banning groups from meeting socially outdoors when the message was sent.

In contrast to the Downing Street frivolities, dozens of people shared memories of how tough life was while living under lockdown.

People spoke of not being able to see family members in hospital and missing loved ones’ birthdays because it wasn’t allowed under the rules.

One heartbreaking story was shared by a woman on Twitter who wrote: ‘While my brother lay dead and my husband lay dying, Downing Street staff were invited to a drinks party in the No 10 garden to ”make the most of the lovely weather”.’

Andy Mitchell, 63, has spoken of how only five people were able to attend the funeral of his mother Ann on May 20.

Part of a World War Two code-breaking team at Bletchley Park, Ann died on May 11 2020, aged 97, having tested positive for Covid.

Meanwhile, a mum said May 20 was her son’s 10th birthday. She tweeted: ‘His friends came and sang Happy Birthday to him from the end of our drive before we ushered them away, worried people would judge us for “gathering” then they had a Zoom sleepover.’

Another woman said: ‘My daughter had a virtual 8th birthday party on House Party with the friends she hadn’t seen for months and her nanna who died in 2021 missed going to the last party she could have been to.’

A picture being widely shared on Twitter showed a child hugging his grandparent through a plastic screen because they were ‘desperate’ to embrace.

Others told of their struggles to help lonely elderly relatives by ‘shouting at them through the window’ or leaving food on their doorstep because they couldn’t meet face-to-face.

Meanwhile, a doctor spoke of her son’s health problems and blamed the government for failing to help him by not containing the pandemic.

She tweeted: ‘On 20 May 2020, I was in Germany, having borrowed money to enable my son to have urgent surgery for a massive neck tumour.

‘His op had been postponed indefinitely in the U.K. bec of the pandemic the govt failed to contain. But sure, they needed a party bec things had been “busy”.’

Tweets from the time have also re-emerged including one from the Metropolitan Police urging people to ‘stay alert’ and only socialise with one other person outside despite the unseasonably warm temperatures at that time.

He said: ‘You can meet one person outside your household in an outdoor, public place provided that you stay two metres apart.’

These slightly more relaxed rules had only been brought in a week before after people had been told to stay home to protect lives for all of April.

Although the worst of the first wave was over, on May 20 there were still 9,953 people in hospital with Covid and another 363 deaths were announced.

Tory MP Michael Fabricant has become one of the few MPs prepared to try to defend the Downing Street drinks party – claiming it ‘would not have increased the risk of contagion’ because it was held outside and only involved staff who already worked closely together day-to-day.

But the former Labour MP and home secretary Jacqui Smith was among more than 1,000 people who replied to his tweet.

‘All of those things apply, for example, to @uhbtrust where I was working at the time. They wouldn’t have dreamt of organising a byob party!’

What were you doing on the day of the BYOB party? Share your stories in the comments below