Home » Europe » How will they enforce this rule? Bars only have to check Covid passes after 1am 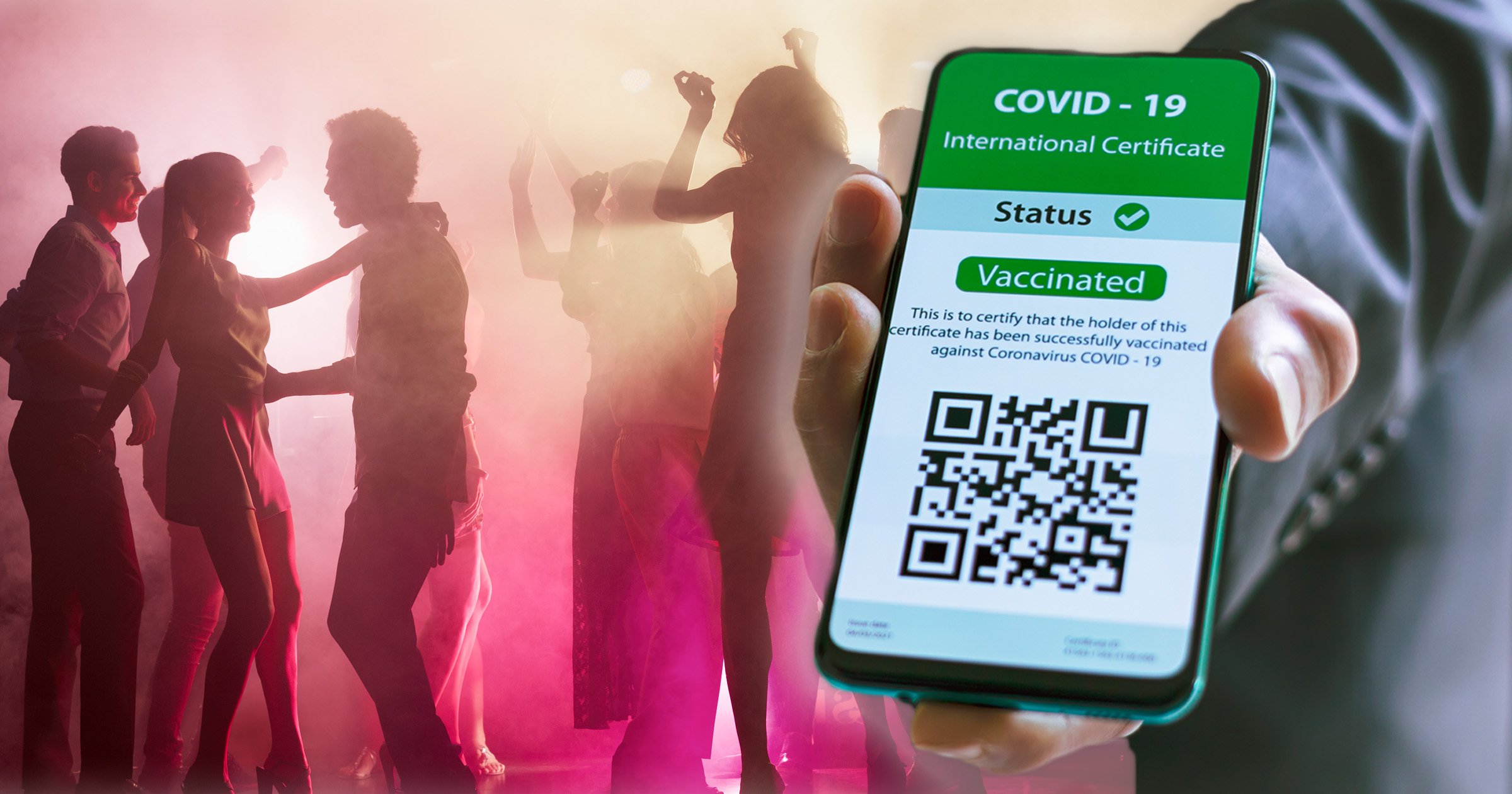 Security and staff at late-night bars are going to have a tough time as soon as it hits 1am.

From tomorrow, venues can choose not to check for people’s Covid passes until after this time, according to Government guidance published yesterday,

This suggests someone could walk in unchecked at 11pm and spend two hours shoulder-to-shoulder before being asked for a pass by bouncers.

Even if they didn’t have any proof of vaccination or a negative test, there will have been plenty of time for them to spread coronavirus across the dancefloor.

The new guidance has caused a bit of confusion, as the Department of Health says ‘nightclubs, dancehalls and discotheques’ are required to check the Covid-19 status of visitors at all times.

But it says ‘other late night dance venues’ – whatever they are – must ‘take reasonable measures’ to ensure anyone who is present between 1am and 5am has a Covid pass.

This applies ‘even if they entered the premises before that time’, which suggests staff would have the difficult task of making their way through a room full of drunken revellers to check their passes.

It is not quite clear what the Department of Health’s distinction is between nightclubs and ‘other late night dance venues’.

It says venues have two options over when to implement checks, either the time the venue opens, or from when the rules apply (1am) – which sounds logistically tricky to say the least.

An example given by the Government of how the new system would work says: ‘A bar is open throughout the day and stays open later than 1am.

‘It meets the criteria for mandatory use of the NHS COVID Pass (because it provides music and a dancefloor, serves alcohol, and stays open later than 1am).

‘The manager is not required to check the COVID-19 status of anyone who leaves the venue before 1am but must take reasonable measures to ensure that everyone who remains in, or enters, the premises after 1am has the NHS COVID Pass (or other accepted evidence).’

As you’d expect, people took to social media to express their confusion at the new system.

Vocal coach Liz Hetherington tweeted: ‘Good to know Covid has a good sense of time. 12.59 it stays dormant. 1am it springs into action.’

Nigel Homer added: ‘Somebody actually sat at a computer screen and wrote this sentences.’

Another bewildered Brit wrote: ‘Nice to know the virus has such amazing time-keeping skills. It only infects people after 1am. What a clever virus!’

But Kate Nicholls CEO of UK Hospitality interpreted the rules as applying to any venues with a dancecloor that serve alcohol after 1am – ‘irrespective of size and time of event’.

In any case, Covid passes will be required for any indoor events with 500 or more attendees where people are likely to stand or move around.

Many nightclub owners are not happy about the new vaccine passport requirements under the Government’s Plan B of Covid restrictions.

They say they are face rising costs and lost bookings at one of their busiest times of the year.

Ben Reynolds, a nightclub owner in Bournemouth, said the new Covid certification measures were an ‘arrow wound’ at an already difficult time for the industry.

Mr Reynolds, who ran The Lost Paradise and is about to launch a new venue, Lost, warned the fine print was still unclear ahead of a crucial weekend for the sector.

He said owners and operators will now have to find ‘miraculous’ banks of energy to overcome the latest set of hurdles putting people off going out.

The Lost Paradise closed 18 months ago and the new venue – in the boutique nightclub sector – is due to open in the new year.

Mr Reynolds told Metro.co.uk: ‘The industry is trying to push this as Covd pass rather than a vaccine passport, a Covid pass being the fact that you don’t have to have a vaccine, you just need to show a test result based on a lateral flow.

‘So that’s probably the first big hurdle and the biggest element of confusion to the market, to the consumer. Because it’s been widely promoted as a vaccine passport, the assumption has been that if you haven’t had the vaccine, you can’t go to nightclubs any more.

‘The next is the fine print isn’t detailed yet on what for many venues is usually the biggest weekend of the year.

‘There are lots of cancellations going on before January, February, March, which are pretty tough.

‘So it’s a bit of an arrow wound at an already tough time for nightclubs given what’s happened over the last 18 months.’

The restrictions come into force at 1am tomorrow on the basis that they are voted through at the House of Commons tonight.

Mr Reynolds said: ‘On a positive note it’s definitely better than further restrictions and the complete closures that have happened in many parts of Europe.

‘It’s also much better to have a Covid pass than make it exclusively for people who have had vaccines. Arguably though the industry is in many sectors and people who sell pre-sale tickets are probably in a better position to introduce this because the consumer journey is different.

‘So if you buy a ticket for an event a month before you can make plans for that particular night.

‘If you’re a bar with no pre-book revenue or tickets and you’re solely reliant on walk-up and people out and about in town you have less ability to communicate with those people or know how many are going to turn up.

Mr Reynolds added: ‘The concluding point is that the biggest fear everyone has is that it’s more exhaustion and hurdles for the consumer and it’s less desirable for them to go out.

‘For us there’s a risk of drop-off of attendees going into the hardest part of the year.

‘There are reports from Wales and Scotland that drop off is between 5% and 20% which is significant and there is anticipation that this could grow worse.

‘It means that we as owners and operators have to be positive and we have to miraculously to drum up more energy and more finance for finance to ensure the lure of our appeal is greater than the restrictions and the drain of energy to the consumer.’

Alice Woods, managing director of The Dreamboys, said the male strip show will continue touring at clubs and venues across the UK, but called for more government financial support to help the nightlife sector absorb the new rules.

She said: ‘We’re quite lucky in that all our shows that take place in nightclubs tend to be under 500 people. But with all our events there is nightclub entry included afterwards so when guests re-enter they are obviously going to need to show their status.

‘From our point of view, which has been the same throughout the whole pandemic, we want people to be safe and to feel safe so we’re fully onboard with those measures if the government thinks they need to be brought in.

‘It’s more a case of providing the correct support for the industry. Obviously we’ve already been massively hit for an extended period of time and support from the government has been pretty limited.

‘The grants and other support during the closure period was just a drop in the ocean compared to the costs that most of use incurred.

‘Our stance is while we agree that some extra measures need to be taken it’s only fair to venues, promoters and operators that there’s some extra support.

‘If you need to check all those Covid passes you need extra staff at a time when everywhere is under-staffed, as well as the training. We’d like to see more sector-specific support.’

Metro.co.uk has contacted the Department of Health and Social Care for comment.