Home » Europe » ‘However long it takes!’ Boris pledges to ‘stand with steely and courageous Ukraine’

The caretaker Prime Minister, fresh from his latest holiday to Greece, applauded the “steely and courageous” Ukrainians on their 31st anniversary of independence from Russia and a day that marks six months since the latest invasion. He said he has “never doubted” that Ukraine will overcome Putin’s forces and pledged “every possible military, economic and humanitarian” form of support available to the UK. It comes as the Ukrainian ambassador to the UK thanked Britain for playing a “very important part” in the conflict.

Mr Johnson said: “Alas, today, Ukraine’s independence is threatened once again, and people are fighting with steel, with courage to defend their homes and their families and to preserve their right to decide their own destiny in their own country.

“I have never doubted for a moment that Ukraine is going to win this struggle, because no force on earth can overcome the patriotism of 44 million Ukrainians.

“And however long it takes, the United Kingdom will stand with Ukraine and provide every possible military, economic and humanitarian support.”

He added: “One day, Ukraine will come through this ordeal and achieve victory. And when that moment comes, as it will, we in the UK will be even prouder to be friends of Ukraine.” 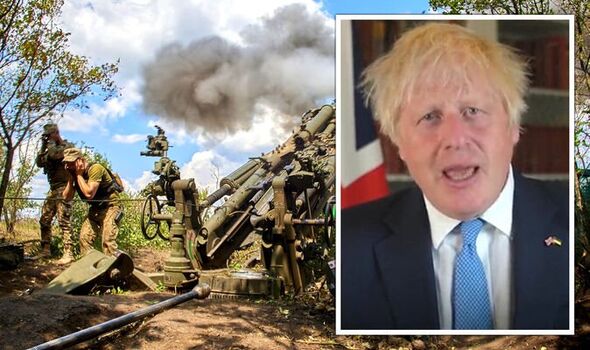 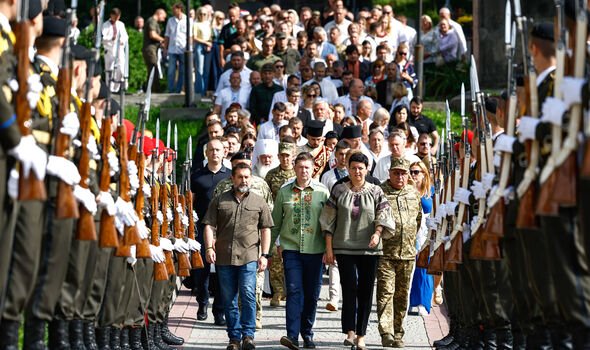 Ukraine’s ambassador to the UK Vadym Prystaiko marked the occasion by urging UK citizens to be “patient” as the war-torn country “cannot afford to lose your support”.

He said: “To every UK citizen who is supporting Ukraine and our common values – I ask for your patience. We cannot afford to lose your support.

“The UK is providing us with the tools to stop Russia from spreading its destructive influence across civilised nations.

“You are playing a very important part in this fight. Ukraine will do what it takes to claim victory.

“When the war is over, there is certainly a great future for us all – one with close friendship tested through mutual struggles and the perseverance to tackle issues affecting the modern world.” 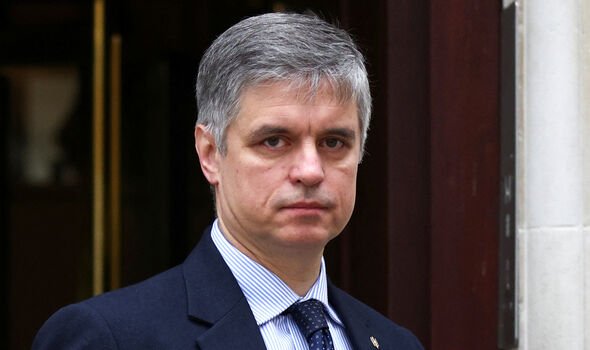 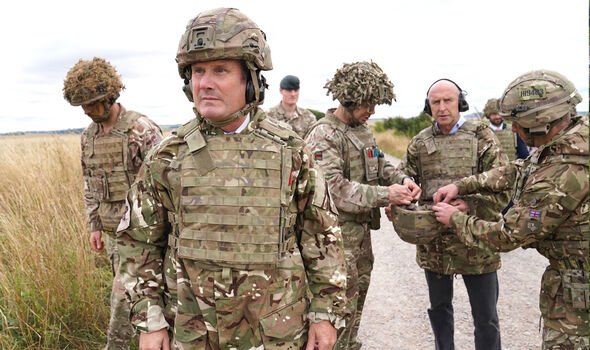 He said: “My mission, my message to the Ukrainian people, to our troops, our Nato allies, is that on the issue of defending Ukraine against Russian aggression, we stand united.

“We will not be divided politically in the United Kingdom on this and I’ve been able to deliver that message first-hand amongst this very, very impressive training.” 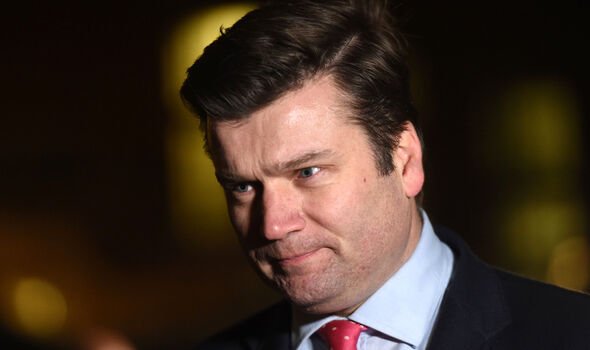 He said: “I think that I can understand why lots of people eating their breakfast and worrying about the cost of living will be agreeing with the premise of your question that, you know, arguably the most straightforward solution to the cost-of-living crisis is that we re-establish relations with Russia and everything goes back to the way that it was in the European energy market.

“Every single thing that I have seen in the last six months tells me that that would be catastrophic for security in the Euro-Atlantic.

“Thus not, not on some 10 or 15 or 20-year horizon, but within just a few years, we would find ourselves in a situation where an emboldened Russia was causing cost-of-living challenges that are 100 times worse than what we are seeing right now.”

Mother of five (73) dies after being hit by Luas