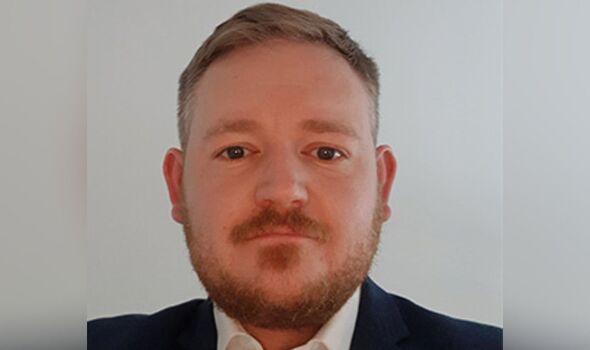 An HR boss who was acting like “the Hulk” at a Christmas party assaulted a woman and threatened to cut her partner’s head off.

Robert Hilley was out of control at the DoubleTree Hilton hotel in Glasgow on December 11, 2021, a court heard.

Before shoving Lauren Vallance against a window and injuring her ankle, the 37-year-old was overheard calling women “w****s.”

Hilley was found guilty of assaulting the 30-year-old after a trial at Glasgow Sheriff Court.

He had pleaded guilty to a charge of behaving in a threatening and abusive manner before the evidence started, reports Glasgow Live.

The court heard how a number of firms had been having their festive night out at the hotel.

At the end of the evening, Hilley was heard by Miss Vallance’s partner, Lorraine Andrews, telling female revellers they were “w****s” and adding they could “s*** his d***”.

She then tried to step in as Hilley, of Cambuslang, Lanarkshire, appeared to confront a younger man.

Miss Andrews claimed she was punched and ended up on the ground.

The witness went on to tell the trial: “The man grabbed my partner and threw her against a glass panel outside the foyer.

“I grabbed him and he grabbed hold of my hair and pulled me down to the ground.

“He said he was going to murder me and cut my head off.”

Describing what happened to her, Miss Vallance told the court that she was hurt when her partner went back inside the hotel.

She said: “He grabbed me and flung me to the side, and I went down. I twisted my ankle.

Hilley lodged a special defence of self-defence. He insisted he ended up with a black eye, claiming he was assaulted by Miss Andrews.

Hilley said: “I know people get involved to split up fights from working in the hospitality industry, but you have no right to assault someone.”

He stated he felt he was provoked in making his comments, but added: “It does not excuse the conduct.”

“I suggest you were absolutely out of control like The Hulk that night,” prosecutor Siobhan Currie told him at one point.

Sheriff Andrew Cubie found him guilty of assaulting Miss Vallance, but cleared him of the same charge in connection with Miss Andrews.

Hilley was fined £410 and ordered to pay Miss Vallance £200 in compensation.

The sheriff said: “You are right to acknowledge that your behaviour was disgraceful.”

Prince Andrew title: Why is York dukedom at risk of going extinct?

Boris Johnson warning: How PM has made same campaign mistake as Winston Churchill