Bailiffs have begun removing environmental protesters who have targeted a HS2 site in Buckinghamshire.

At least six people had barricaded themselves into makeshift tree camps and tunnels on the land near Wendover in an attempt to disrupt the high speed rail link.

Private security officers used a crane to remove two young women from a tree, but at least four more protesters remain in tunnels. 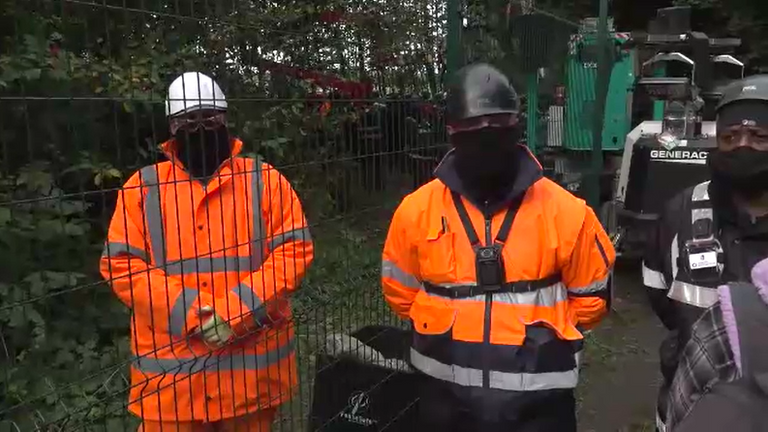 Daniel Hooper, 48, better known as “Swampy”, is among them and has been live streaming updates to his followers.

Last week a magistrate in London ruled that all charges against him relating to a similar protest outside Euston station in January should be dropped. His tunnel protest lasted 28 days and the disruption cost the HS2 company £3.5m.

“These people are very brave to be doing what they’re doing,” a 19-year-old supporter who asked not to be named, told Sky News at the scene. 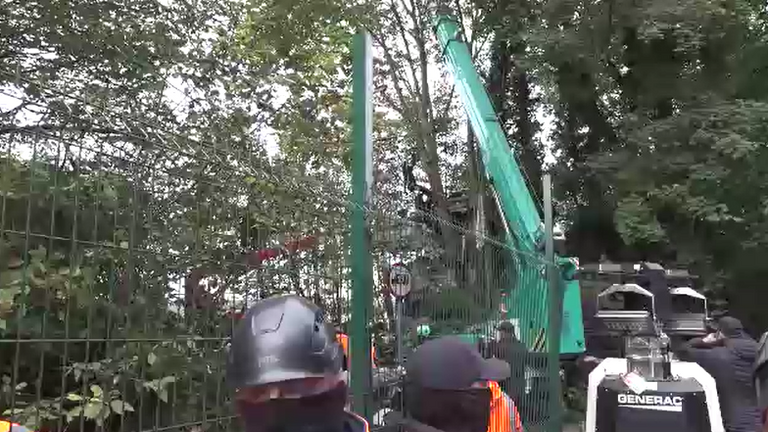 “They are putting their bodies in the way of harm that is being caused by big corporations and government.

“We have declared a climate emergency and yet there are schemes like this that are making money for a few. This is a massively harmful project, for us and future generations.”

Thames Valley Police and British Transport Police are at the site, with dozens of private security officers and bailiffs dotted around the woods to prevent others from joining the protest.

Manhunt continues for Dublin criminal who escaped from courthouse

Easter weekend weather: Temperatures to reach up to 22C but rain forecast for some regions