The first of the tunnelling equipment for the HS2 railway has arrived in the UK, but won’t start work until the spring.

Two 170m-long (558ft) tunnel boring machines (TBMs) were built in Germany and delivered in more than 1,000 separate parts to a construction site in Hertfordshire, near the M25 London orbital motorway.

Weighing 2,000 tonnes, they will be assembled over the coming months before they start digging the high-speed railway’s Chiltern tunnels in spring next year. 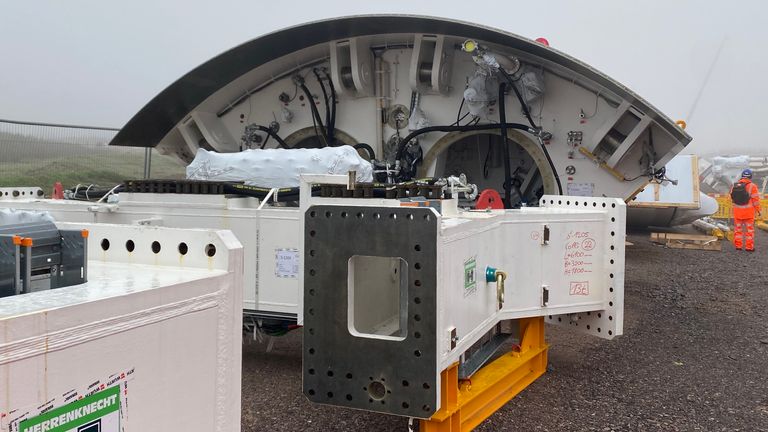 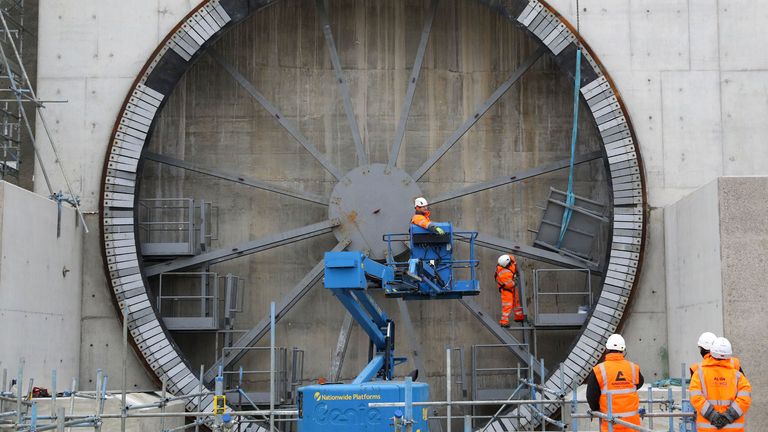 The TBMs will work non-stop for about three-and-a-half years to complete the 10-mile (16km) tunnels, which are the longest on HS2.

The two tunnels will go as deep as 80m (262ft) below ground to reduce the impact of the high-speed trains on communities and countryside on the route, although that shows no sign of abating protesters, who have continued demonstrating near planned construction sites.

The internal diameter of the two tunnels will be 9.1m (30ft), providing enough space for emergency walkways on both sides of the track.

The material dug out will be converted into slurry by the TBMs, pumped back out of the tunnels, and used for landscaping at the site.

HS2 Ltd chief executive Mark Thurston described the arrival of the machinery – which each cost tens of millions of pounds and was designed specifically for the mix of chalk and flints under the Chilterns – as “a major step forward”.

As well as digging, the TBMs will line the tunnel walls with concrete segments as they move forward 15m (49ft) a day. 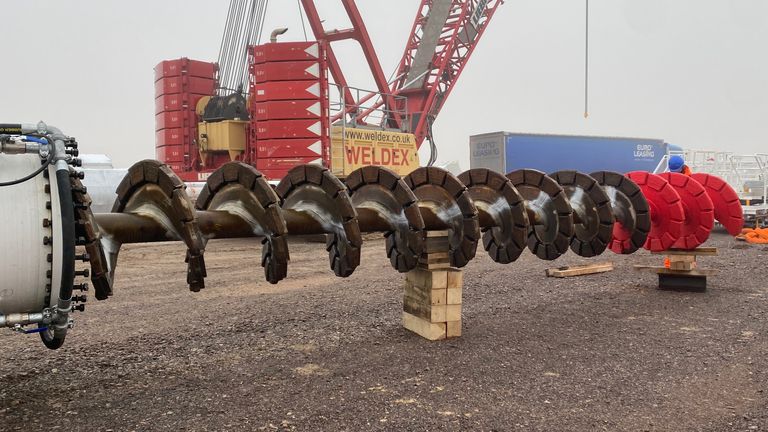 Each TBM will be operated by crews of up to 20 people working 12-hour shifts.

Senior TBM engineer James Reilly said conditions for workers will be “quite comfortable”, not “too hot”, and large enough to allow for “a form of social distancing”. The machines have been named Cecilia and Florence.

One is named after Buckinghamshire-born astronomer Cecilia Payne-Gaposchkin, and the other Florence Nightingale, the founder of modern nursing, who spent many years in the county. Meanwhile, activists have constructed a nine-metre (30ft) bamboo protest tower in the River Colne in the nearby Denham Country Park.

This is in a bid to protect trees by preventing HS2 contractors building a temporary bridge at the site.

Environmental activist Dan Hooper, known as Swampy, is in the tower and said HS2 was “causing devastation throughout the land”.

“We are living in times of climate emergency and we will not stand for it,” he added.

Construction of the rail link formally began in September.

Donald Trump: I will ‘substantially increase’ sanctions on Iran