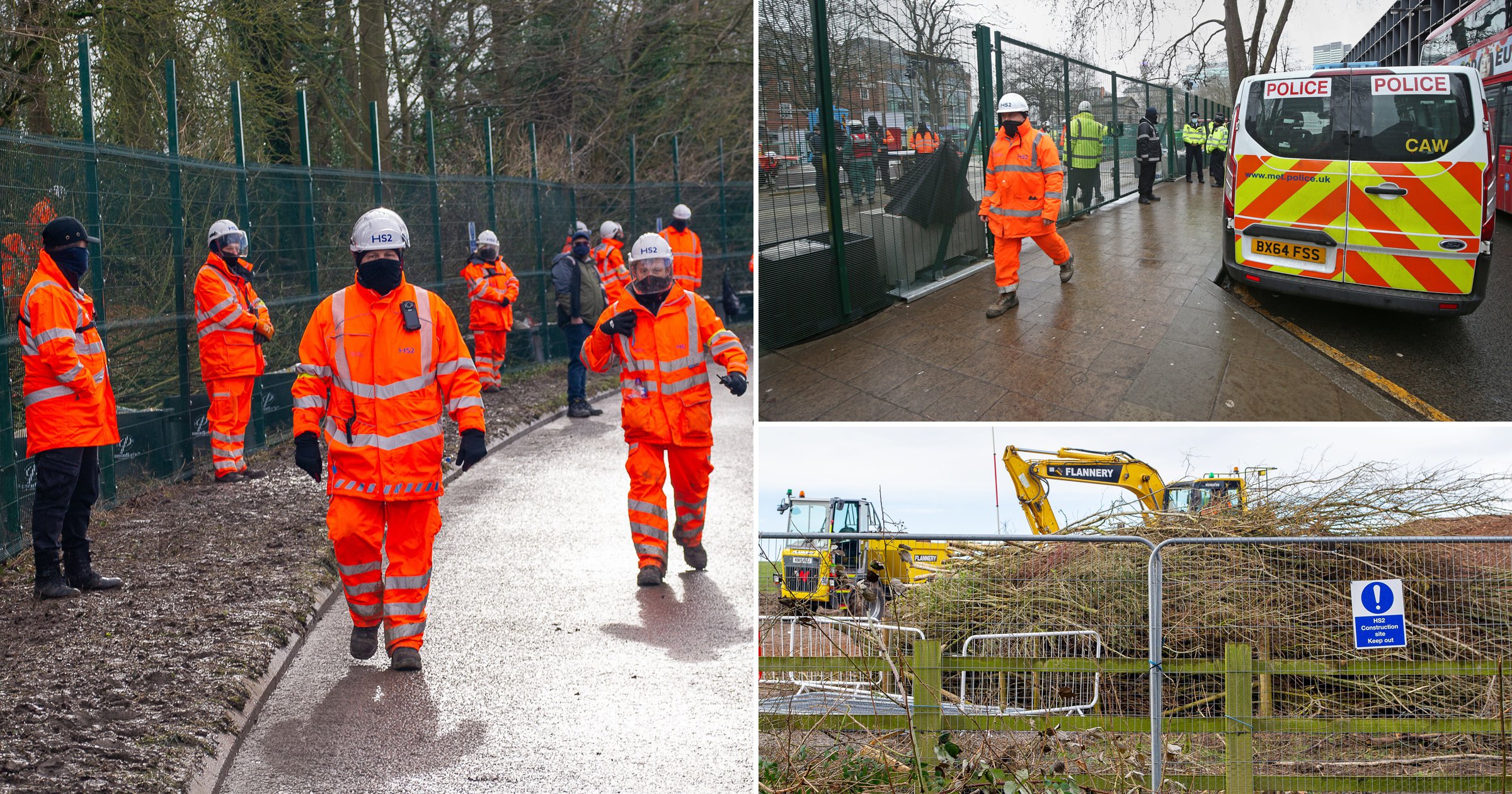 Anti-HS2 protestors who have been occupying a series of tunnels near London’s Euston station for nearly a month have lost a court battle.

The company behind the rail link, HS2 Ltd, has been granted an injunction and has told campaigners to leave ‘immediately’ or face being fined or sent to prison for two years.

But one protestor who recently had to leave the tunnels after 20 days underground said some of his colleagues are preparing to stay for ‘weeks to come.’

The protest group HS2 Rebellion secretly dug the 100ft network of tunnels over several months while they were camped out on Euston Square Gardens.

A group of activists made their way underground as bailiffs moved in to evict the protest site last month.

‘Mr Justice Mann recognised that the activists have put themselves and those working to extract them, in “grave danger”.

‘The injunctions sought by HS2 state that the activists illegally occupying the tunnels are forbidden from entering or remaining on the land at Euston Square Gardens.’

The protesters object to the redevelopment of the gardens as part of the construction of the high speed railway line.

Scotty Breen, 46, originally from Dundee, came out of the tunnels on Monday after running out of food.

He said: ‘I didn’t really want to come out, but due to resources and the cramped conditions, I had no choice.

‘They’d started digging me out, so I’d backed into a corner and I was lying on the ground with four five inches of head room.

‘So I was stuck lying flat, which made going to the toilet very very difficult.’

Asked how he thinks the stand-off between bailiffs and protesters will end, Scotty said: ‘There’s no reason why the last person can’t be there until late March.

‘They could remove people forcibly, but the amount of work and time it would take is not worth it.

‘They’ll maybe get a few people out, but I know the extent of these tunnels and there’s a lot of digging to be done here.’

Under the ruling the protesters must stop any further tunnelling and also tell HS2, the Health and Safety Executive, London Fire Brigade and the police how many people are in the tunnels, according to HS2.

They must also give details of how many of those who are underground are children and information about the layout, size and engineering used for the tunnels should be handed over, HS2 said.

The campaigners are also being called on to cooperate so they can safely leave the site.

Earlier this week a 16-year-old boy, who had spent 22 days living underground during the protest, became the fourth person to leave the tunnels.

He was the youngest person taking part in the protest, a spokesman for campaign group said.

Mr Justice Mann said he would hold a further High Court hearing on Monday to consider HS2’s application for a possession order.

During his ruling on Friday, the judge said the operation to remove the protesters had cost £1.35 million so far – about £64,000 a day.