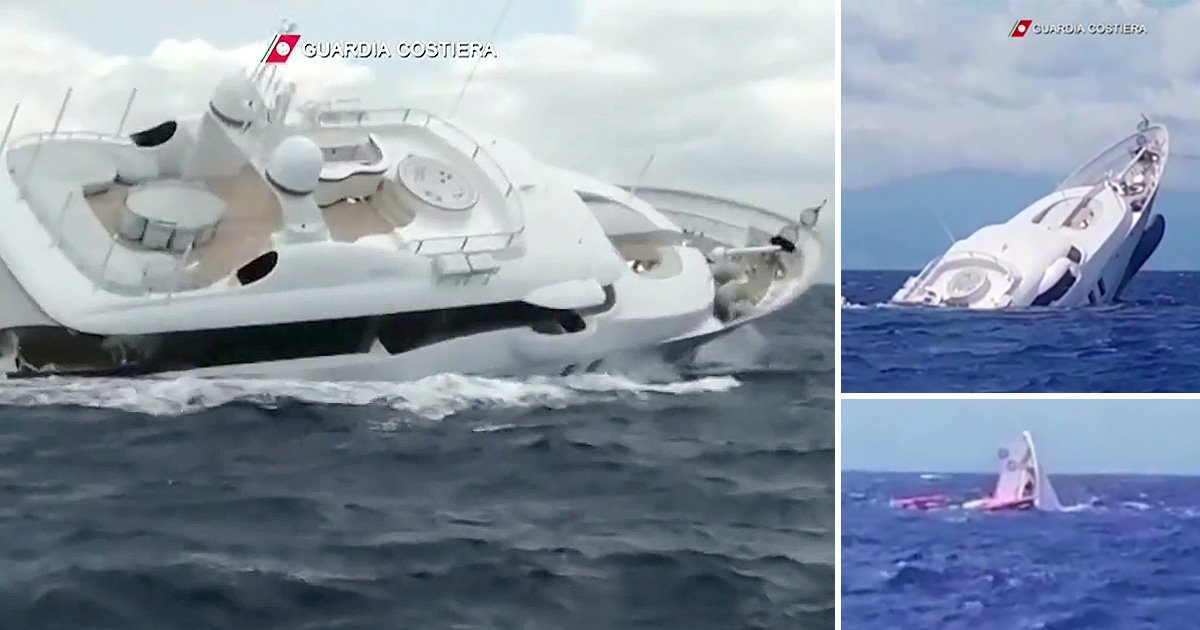 Nine people have been rescued after a 130ft superyacht suddenly sunk off Italy’s coast.

The ‘My Saga’ motor yacht sunk on August 20 off the coast of Catanzaro Marina, in southern Italy.

Video footage from the scene shows the yacht sticking out of the water before fully submerging stern-first into the water.

Sky News reports the worsening weather conditions made it challenging for the tug boat to bring the yacht to safety.

An investigation into what caused the yacht to sink is now underway.

According to Super Yacht Times, the yacht was built in 2007 in Italy and was travelling from Gallipoli to Milazzo under a Cayman Islands flag with an Italian crew when it sunk.

The crew were evacuated and no injuries were reported before the whole vessel sank at 1pm local time.

A Romanian patrol boat intervened on behalf of the European Border and Coast Guard Agency, and a second patrol boat from the nearby Italian city of Crotone was used to rescue the crew and attempted to tow the yacht to safety.

But attempts failed and the boat has now vanished completely.

In 2021, 17 people had to be rescued after a British-flagged boat sank off the island of Milos in Greece.

The vessel at the time overturned and 14 adults alongside three children had to be rescued.

Everyone rescued from the boat was reported to be in a ‘healthy’ condition.