The giant creature was discovered on Broad Haven South beach in Pembrokeshire. The animal, which had clearly been dead for some time, measured a whopping 23 feet in length. Photographs show that the decomposed creature was missing most of its head. It also appeared to have an object lodged inside its body which could have entered while in the sea. This in fact turned out to be one of the creature’s vertebrae.

At first, experts thought it could be a whale due to its large size, but after further examination, it was confirmed to be the corpse of a basking shark.

A spokesperson for Marine Environmental Monitoring said: “On Thursday, February 25, we got a call to a very large blob that had washed up on Broad Haven South beach in Pembrokeshire.

“Due to the size of it we believed that it could be a whale. Also, within one of the pictures we had been provided it looked like there was a possible large roll of something within the stomach. Due to this we decided to attend. 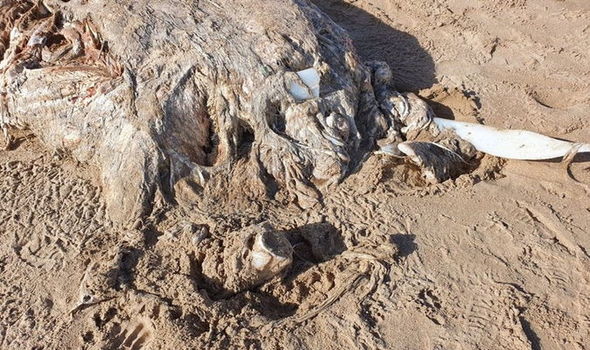 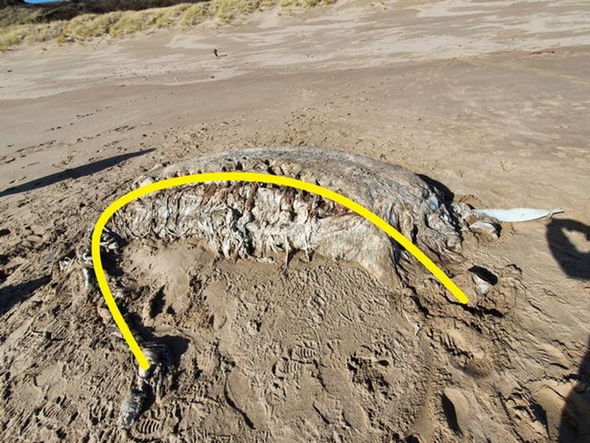 “On arriving it became clear that it was not a whale and instead some form of large fish. Also, the thing that we thought was a large roll of something turned out to be just one of its vertebrae.”

The organisation sent some photographs to the Natural History Museum and they confirmed the creature was a basking shark. 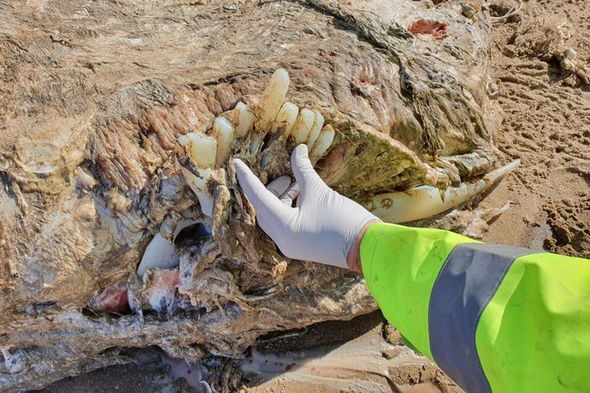 The spokesperson for Marine Environmental Monitoring said: “Basking sharks are in the waters around the British coastline, but it is rare for them to wash up in Wales.

“The basking shark is the second largest shark, with the adults growing to around eight metres in length, which is possibly how long this one was when it died.

“The whale shark is the only one that grows larger. Like the whale shark, the basking shark is a filter feeder with a greatly enlarged mouth.” 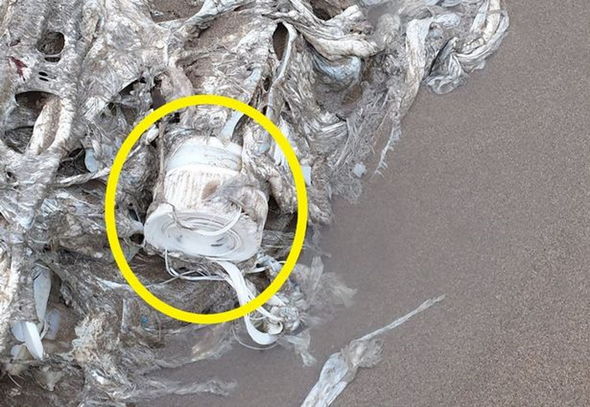 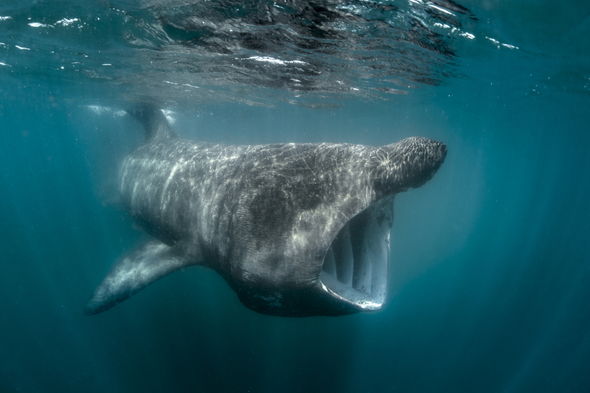 The basking shark can be found in almost all British coastal waters and there have been sightings around Wales, southwest England and the west coast of Scotland.

Basking sharks are not known to be aggressive or dangerous, they will often circle groups of snorkelers and divers calmly.

As a filter feeder, they have no desire to eat humans or other large animals, despite their jaws expanding up to three feet wide!

COVID-19: How could England’s lockdown restrictions get tougher?