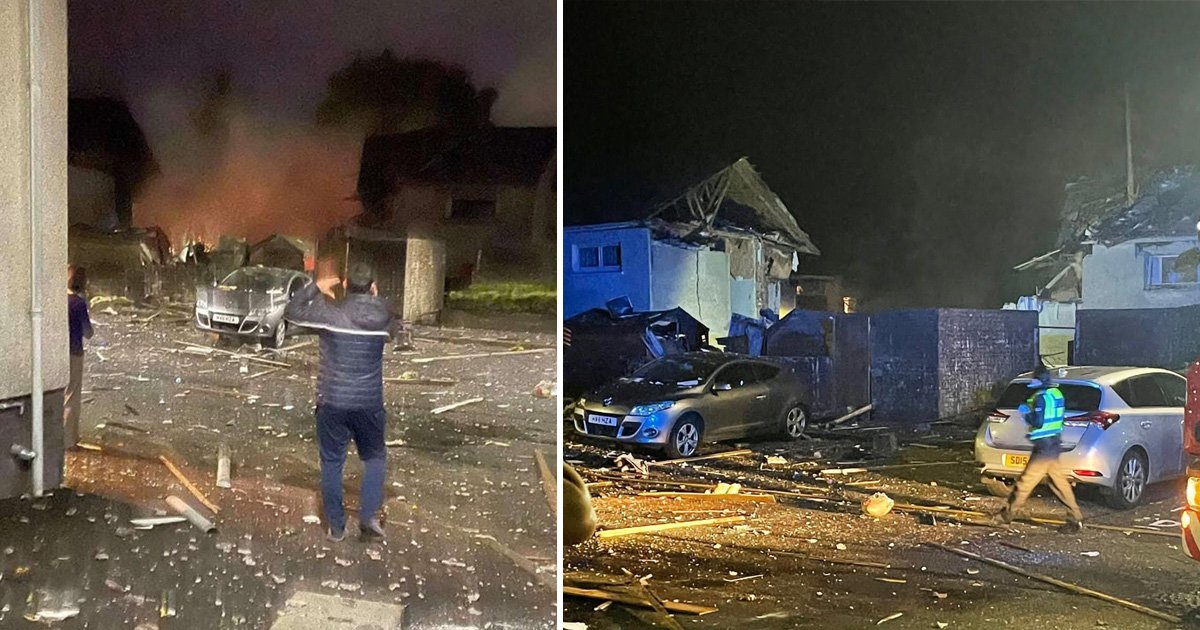 A huge explosion has destroyed a house in Scotland, with the blast being heard for miles around.

Emergency crews rushed to the residential Kincaidston area in Ayr shortly after 7pm on Monday evening.

Pictures shared on social media showed at least one house had been badly damaged, with chunks of debris strewn across the street.

Social media users said they heard the explosion from miles away.

It’s understood a number of residents have been evacuated from houses near the site of the explosion, with some being given shelter at the nearby Queen Margaret Academy.

The Kincaidston Community Centre said it was open for those who needed help.

A Scottish Fire and Rescue Service spokeswoman said: ‘We were alerted at 7.11pm on Monday, October 18 to reports of a dwelling fire in Gorse Park, Ayr.

‘Operations control mobilised nine appliances and specialist resources to the scene and firefighters are working to extinguish the fire.

Police have advised people to avoid the area.

The Ayrshire Police Twitter account said: ‘We are currently in attendance following a report of an explosion at a property on Gorse Park in Ayr shortly after 7.10pm on Monday, 18 October.

‘Emergency services are currently at the scene and we would advise people to avoid the area at the present time.’