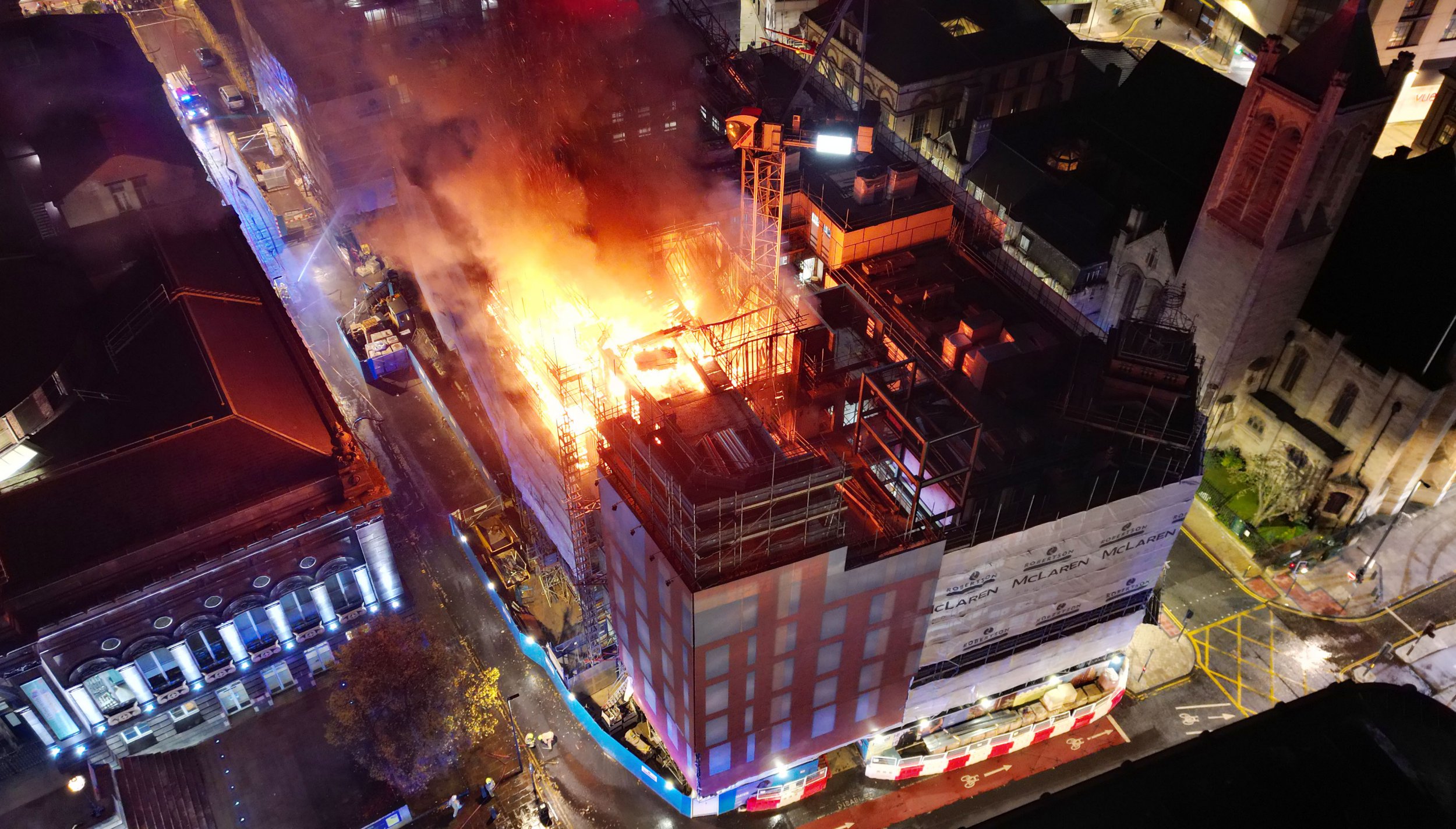 A huge fire has torn through the top three floors of a derelict high-rise in Leeds.

Surrounding buildings and bars near Millennium Square were evacuated as firefighters tackled the blaze in the city centre last night.

Drinkers were seen leaving bars with pints in their hands as thick smoke billowed from the construction site.

Crews warned the structure was ‘potentially unsafe’ as residents were urged to stay away from the area.

One person who filmed the fire claimed fireworks hit the building and they heard ‘loud explosions’ coming from the site.

Pixel Bar confirmed they were told to shut early, writing on social media: ‘There’s a building on fire further down Great George Street that emergency services have responded to.

‘No danger to the bar, but following police advice we’re closing our doors until further notice tonight and hope to be open again later this evening. Stay safe!’

It is thought the high-rise was the city’s old council building, which is being turned into student flats.

A spokesperson said: ‘We will have two pumps in attendance and we will be doing a release this morning, which means we will replace those crews with two other crews. The fire is still ongoing, but we have scaled down the incident significantly.

‘Fire investigation will start from 9am, so we will probably be on site for the rest of the day.’