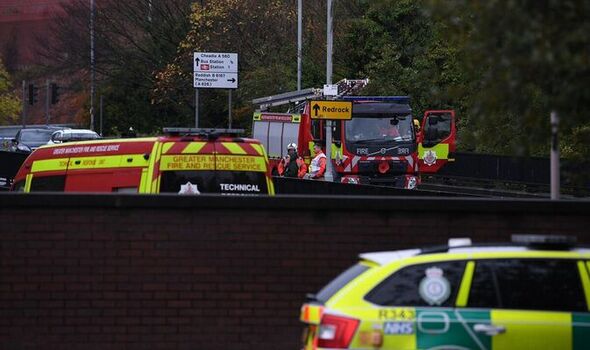 A man was discovered dead in a river following a huge search by police.

Officers have confirmed they have now identified the man, who was in his 40s, after finding him deceased in River Mersey in Stockport, Greater Manchester. The force is yet to name the man publicly, however.

Emergency services were called to the river in the town centre at about 11.15am on Sunday.

Writing on social media, Greater Manchester Police (GMP) said: “#UPDATE | Following an incident on Sunday (6 November), in which the body of a man was sadly found in the River Mersey in Stockport, GMP can confirm that we have now identified the man. GMP would like to thank the public for their assistance both at the scene and calling in with information.”

Appealing for help, officers had previously described the man as a white male in his 40s. He was wearing dark walking trousers with a nylon belt, socks but no shoes, and had distinctive tattoos.

Police said previously that there were not believed to be any suspicious circumstances surrounding the man’s death.

Well-wishers left kind messages online to the family of the man.

“RIP to the gentleman that died,” one social media user posted.

A third shared: “So sad. Rest in Peace. Thoughts are with his family.”

Another well-wisher wrote online: “So sorry to hear this sad news. God bless you and your family, rest in peace son.”

The tragedy comes after another man, this time in his 50s, was pulled from River Mersey further west in Birkenhead, Merseyside. He was also pronounced dead, Merseyside Police confirmed at the time.

France’s ‘Yellow Vests’ Double Down in Third Week of Protests