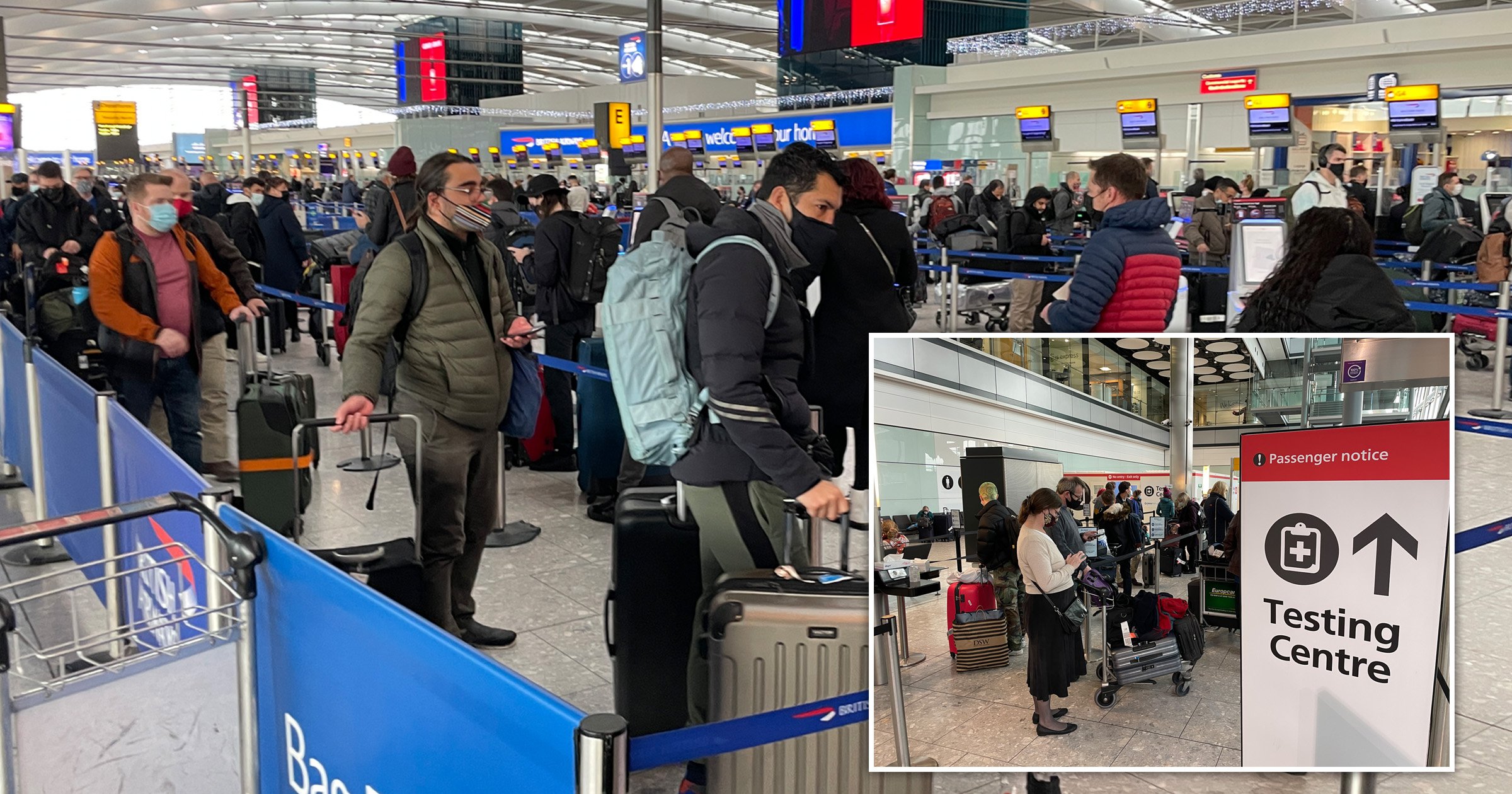 After months of rules being slowly rolled back, passengers are arriving at British airports to find strict Covid-19 restrictions are once again in place.

From 4am this morning, PCR tests and self-isolation are back on the cards for anyone landing in the UK, regardless of vaccination status.

New travel rules have been rolled out to try and slow the spread of the new Omicron variant, which has already been detected in countries around the world and at home.

PCR tests, which are more costly as they need to be analysed in a lab, were dispensed with in time for October half-term to much fanfare from the government

But a little more than a month later, they are once again a feature of international travel.

Anyone arriving at a UK airport after 4am on Tuesday morning will have to take a test through a private provider on day two after landing and self-isolate until they get the result.

There were huge queues of people arriving at Heathrow this morning who likely didn’t know they’d be confined to their home for 72 hours when they left the country.

The British government has joined countries around the world in hastily reintroducing measures in response to the new variant.

Scientists are racing to determine whether or not the highly mutated strain is more deadly than the dominant Delta variant and whether it evades existing vaccines.

Announcing the changes, Boris Johnson said: ‘The measures taking effect today are proportionate and responsible, and will buy us time in the face of this new variant.

‘Based on everything we know, our vaccines and boosters remain our best line of defence, so it is more important than ever that people come forward when eligible to get boosted.

‘Not only will today’s steps help us slow down the variant’s spread, but they will help us protect each other and the gains we have all worked so hard for.’

The rule change is bad news for a travel industry which was already counting the cost of a disastrous year.

The more recent opening up of the travel sector was a boost for holiday firms but didn’t come close to making up for losses sustained during the winter wave.

Budget airline EasyJet revealed today it has lost £1 billion over the last 12 months and it is already seeing the effects of Omicron on demand.

Chief executive Johan Lundgren said the impact so far is not on the level seen previously when restrictions were imposed, although he stressed it is ‘too soon to say’ what the ultimate hit will be.

Two more die with coronavirus as cases continue to surge