Home » Europe » Humans aren't the only primates that pick their noses 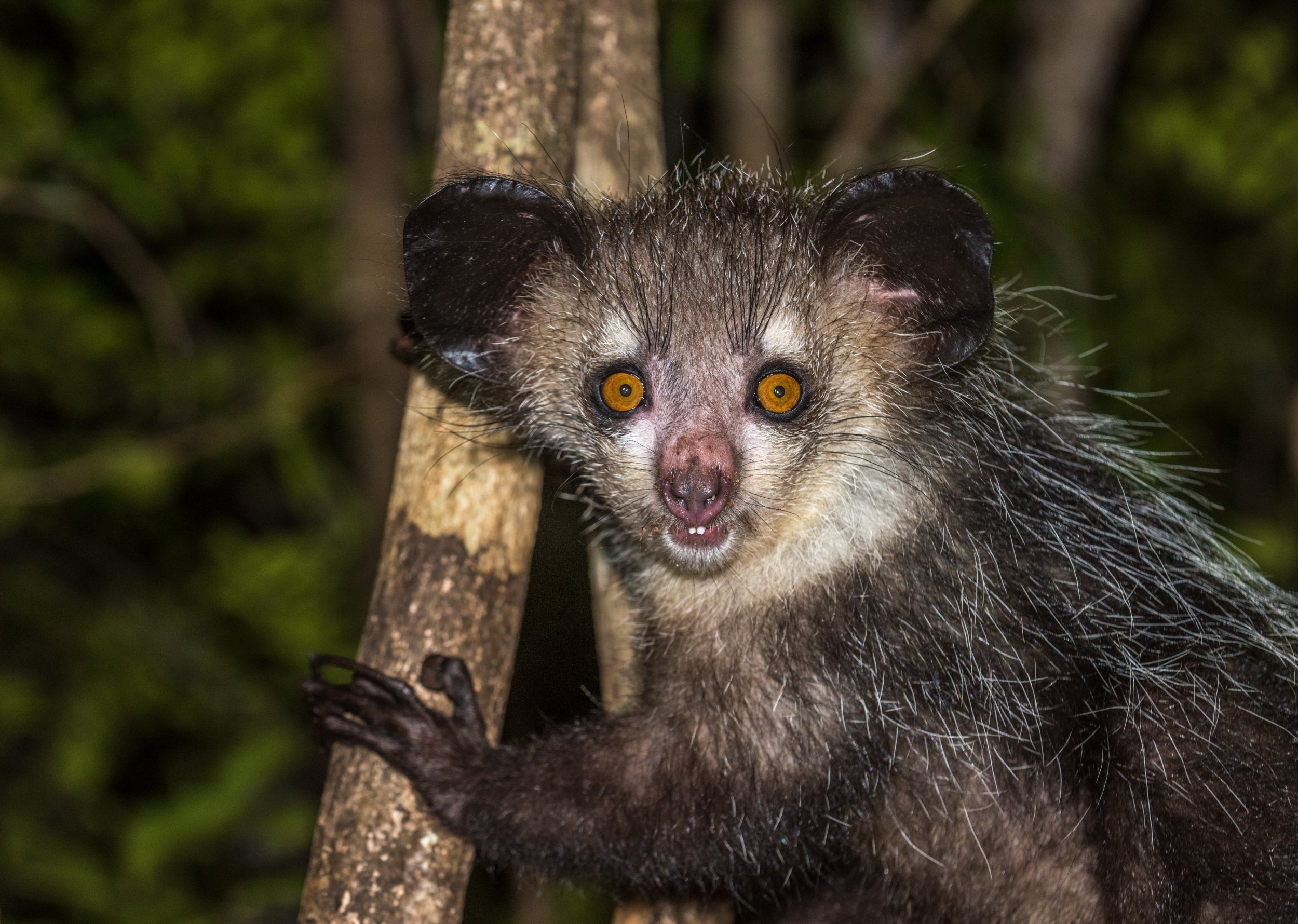 Nose picking and snot eating may be frowned upon among humans but one particular type of primate species has specialised fingers for doing just that.

Researchers have, for the first time, recorded the aye-aye – a long-fingered lemur – inserting its extremely long digit up its nostrils and then licking its finger clean.

So far 12 other primate species, including humans, have been documented picking their noses and eating the mucus.

The scientists said their findings, published in the Journal of Zoology, could shed some light on the evolution and the possible functional role of nose-picking across all these species.

‘There is very little evidence about why we, and other animals, pick our nose,’ said Lead author Anne-Claire Fabre, a scientific associate at the Natural History Museum in London.

‘Nearly all the papers that you can find were written as jokes,’ she said. ‘Of the serious studies, there are a few in the field of psychology, but for biology there’s hardly anything,’

‘One study shows that picking your nose can spread bacteria such as Staphylococcus, while another shows that people who eat their own snot have fewer dental cavities.’

The aye-aye belongs to a category of species known as strepsirrhine primates and is native to Madagascar.

Also known as the world’s largest nocturnal primate, this lemur has rodent-like teeth and a specialised long and thin middle finger.

The aye-aye’s fingers make up about 65% of the length of the hand – which the creature uses to locate food inside wood by tapping on it and then extracting small grubs.

But researchers also observed something else about the aye-aye: the lemur uses its longest finger to pick its nose.

‘It was impossible not to notice this aye-aye picking its nose,’ said Fabre. ‘This was not just a one-off behaviour but something that it was fully engaged in, inserting its extremely long finger a surprisingly long way down its nose and then sampling whatever it dug up by licking its finger clean!’

To better understand this behaviour, the research team used a CT scan to look inside the skull and hand of an aye-aye specimen at the museum.

Their aim was to reconstruct the position of the middle finger inside the nasal cavity.

Findings suggested that the finger is likely to descend all the way into the throat.

Previous scientific research has suggested there may be health benefits to eating snot, but the researchers believe that in this case there is a chance that the animal ingesting its own mucus may simply be down to its texture, crunchiness and saltiness.

The researchers hope that future studies will build on this work and help us understand why we and our closest relatives insist on picking our noses.