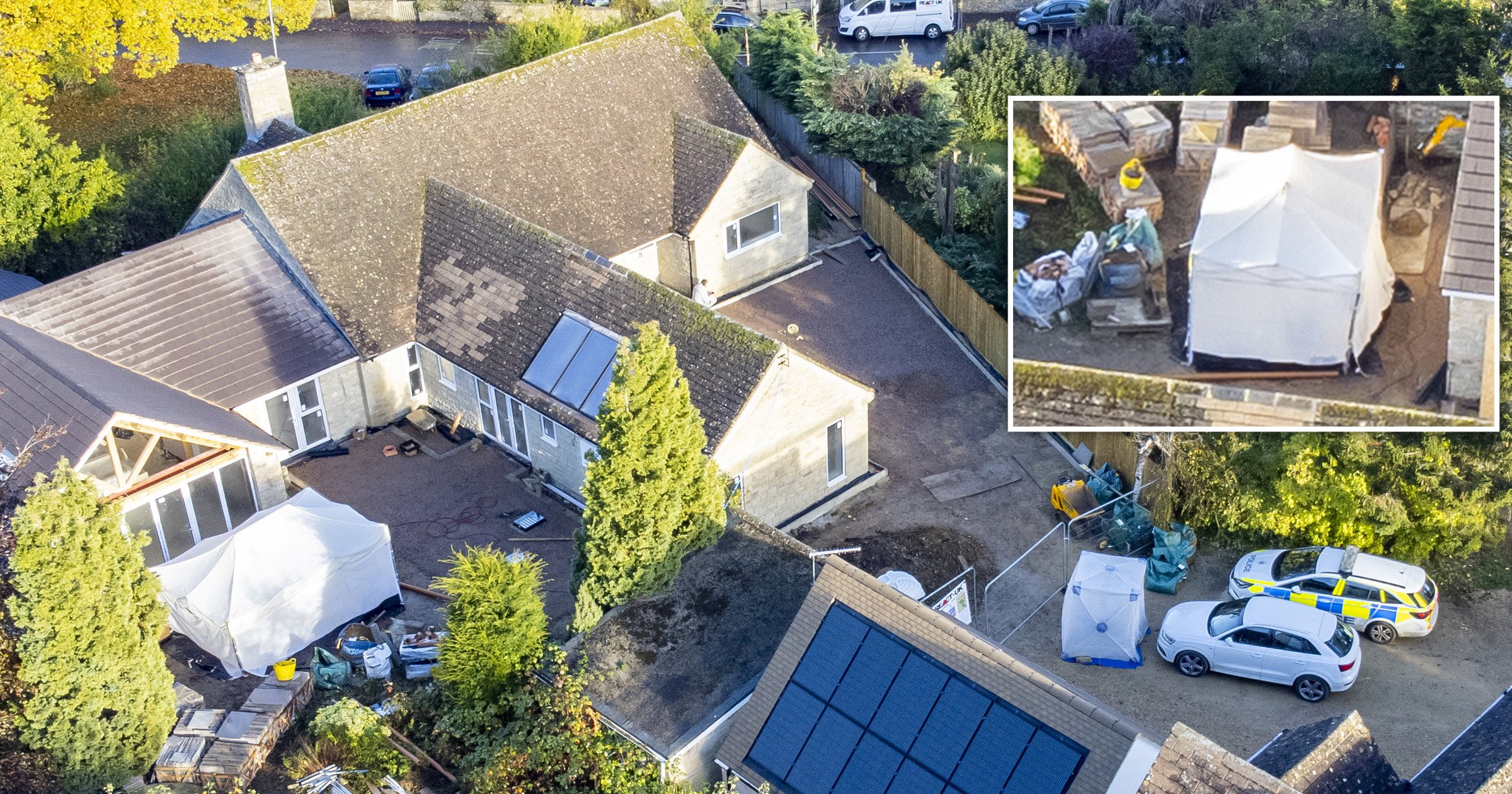 Human bones have been discovered in a garden by builders – 20 miles from the Rose and Fred West ‘house of horrors’.

Rumours are circulating through Kemble, a village in Gloucestershire, that the remains could be connected to the serial killers.

But there is nothing to suggest this is the case as police launch an investigation into the grim finding.

The scene is being guarded by officers after the shocking discovery last Thursday.

Pictures show a large mound of soil close to a police tent, suggesting the remains could have been unearthed during garden landscaping work.

It comes after a cafe cellar in Gloucester was excavated to see if the body of Mary Bastholm, a suspected victim of Fred West, was there. No human remains were found following a two-week dig.

A local, who didn’t want to be named, said details were being ‘kept very quiet’ as speculation rages on.

They said: ‘I didn’t even know it was happening until other parents were talking about it on the playground this morning.

‘I think the reason for the crime scene is being kept very quiet at the moment. Whenever there’s a big crime scene in Gloucestershire, everybody thinks about Fred and Rose [West].

‘Obviously there’s nothing to say it is one of their victims, but who knows how many there were and where they could be hidden.’

Other residents said cops visited Kemble Primary School and informed staff of the incident after unknown details were revealed by a child.

The Wests killed and tortured at least 10 women in Gloucestershire between 1967 and 1987.

Fred took his own life while awaiting trial in HM Prison Birmingham in 1995.

Rose was sentenced to life in prison the same year and is an inmate at HM Prison New Hall, Flockton, West Yorkshire.

A Gloucestershire Constabulary spokesperson said officers were not in a position to state where the bones in Kemble came from or who they belonged to.

They added: ‘Police received a report that human bones were discovered by a builder working at a property in Kemble last Thursday (4 November). Officers remain at the scene and inquiries are continuing.’