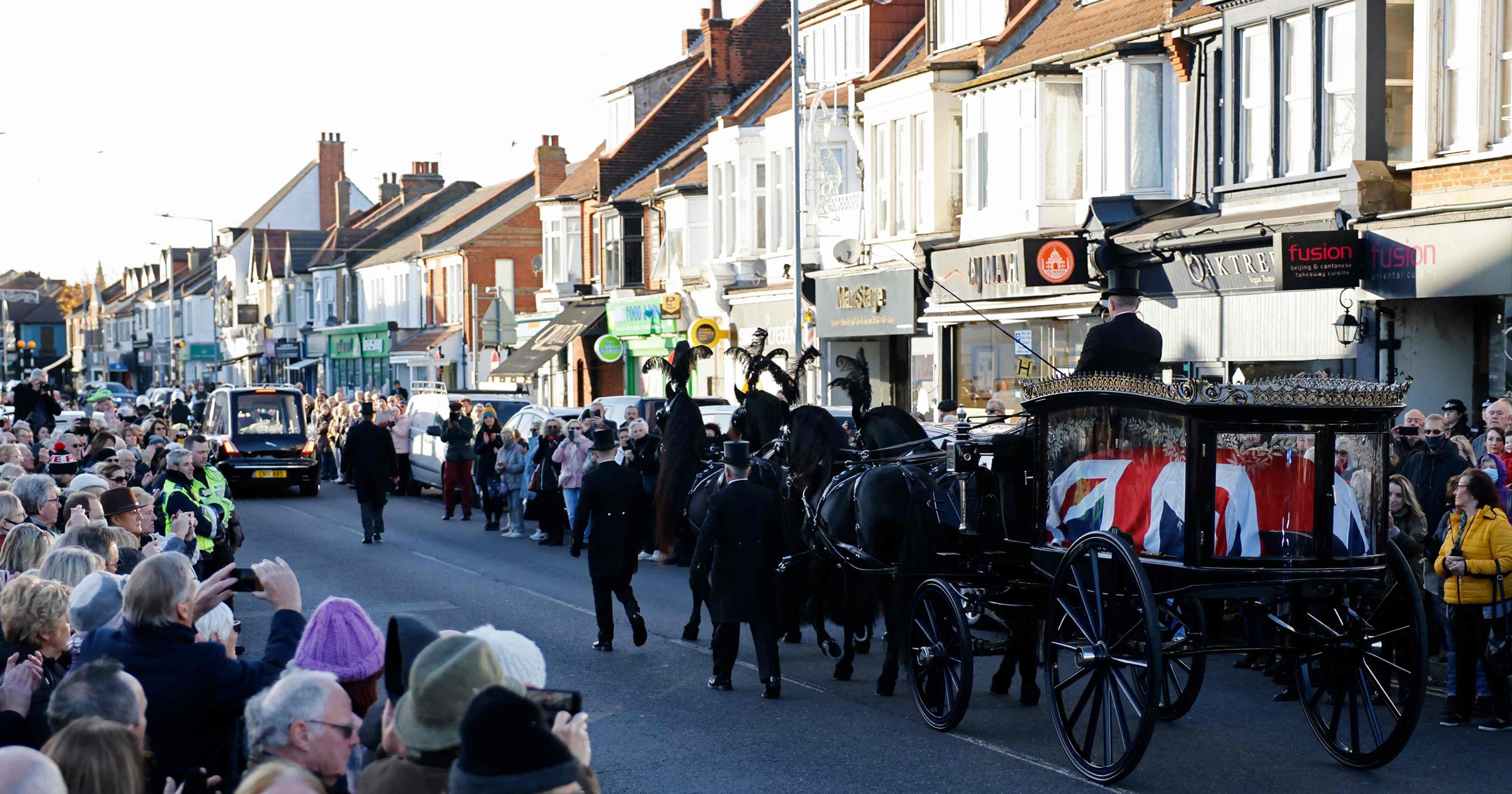 Sir David Amess’ constituents lined the streets of Southend as his coffin was carried in a horse-drawn hearse following his funeral.

The late MP’s casket, covered by a Union flag, was carried out of St Mary’s Church in Southend, Essex – three miles from where he was stabbed to death on October 15.

Hundreds of people gathered outside Southend’s Civic Centre to pay their respects as the hearse, led by four black horses, paused in front of it.

Uniformed police officers formed a guard of honour and bowed their heads as it arrived, with members of the public breaking into applause.

It then stopped again outside Sir David’s constituency office, Iveagh Hall, before returning to the chapel of rest.

The service was by invitation only and attended by close friends and family but the procession gave constituents a chance to pay their respects.

A funeral mass for the MP is due to take place at Westminster Cathedral in London tomorrow.

One of the mourners, Sue Abrahams, told the BBC she knew Sir David from their time campaigning together in Southend.

She said she wanted to come out to pay her ‘final respects to him’.

‘Everybody knew him and he knew everybody; it was amazing,’ she said.

‘Seeing the coffin was a very emotional moment. I couldn’t fight back the tears, I’m afraid.’

In an earlier tribute read aloud in church, Sir David’s family said their hearts are ‘shattered’ but that they are ‘enormously proud of him’.

They added: ‘As a family, we are still trying to understand why this awful thing has occurred. Nobody should die in that way. Nobody. Please let some good come from this tragedy.’

The MP’s friend and colleague Mark Francois delivered a eulogy, saying: ‘Whatever the weaknesses of Parliament, David Amess was the living embodiment of all its strengths.’

The former minister said in his tribute that, despite the ‘awful tragedy’ of Sir David’s death, the country should ‘keep calm and carry on’ as that is ‘what he would have wanted us to do’.