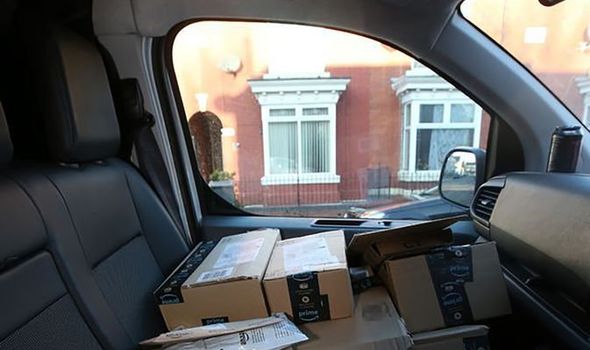 The delivery driver left the keys in the vehicle during his rounds and returned from a customer’s doorstep to find the van disappearing down the street. Brothers Bernard, 41, and 35-year-old Michael McLean admitted handling stolen parcels from the van but nobody has ever been charged with stealing the packages nor taking the van itself. A third man, Bradley Edgecombe, long ago accepted his guilt but died before the case could conclude.

The van was found more than five miles away minus the packages, said to have been worth approximately £20,000.

But the jury at Plymouth Crown Court was told a woman spotted the McLean brothers unloading packages from a Peugeot car later that evening.

Police meanwhile had traced the car spotted with the van on CCTV to Edgecombe’s home.

Officers then tracked the McLeans to a flat in Devonport, Plymouth – where they found several saucepans thought to have come from the Amazon van.

The court heard at a previous trial in May the self-employed driver had parked his van in Ford, Plymouth, on December 3, 2019.

But the man left the van with the keys and his wallet inside while he delivered a package 50 metres away.

Someone got out of a Peugeot parked nearby and drove off in the van, with the other vehicle following.

The van was later found in Saltash, Cornwall.

The McLeans, of no fixed address, were released on bail until January 4 next year for probation reports.

Victims of wolf-whistling 'should call 999 if they feel threatened'