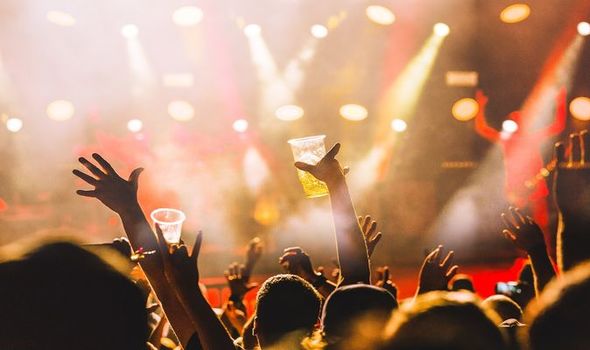 Between September and November 5, England and Wales had 274 reports of needle assaults, according to the National Police Chief’s Council. And figures from the Home Office reveal police were aware of 250 incidents of drinks being spiked in the same period. The reports involved men and women but the majority of the alleged vic­tims were female. Police in England and Wales recorded 839 sexually motivated spiking offences between 2016 and 2021. Only 19 resulted in charges and only eight forces brought any at all.

The drink spiking was reported at licensed premises and private parties. The “epidemic” has sparked boycotts of nightclubs in Nottingham, Bristol, Manchester, Leeds and Bournemouth.

Alcohol Education Trust CEO Helena Conibear said its survey revealed one in eight young women and one in 12 young men had been victims of spiking. She said: “Although women are at the fore­ front of this, it does affect every­ body. It is an epidemic. More can be done, from train­ ing staff in nightclubs to talking to people who may be disorientated, to having spiking kits behind the bar, to hav­ ing good CCTV.”

She continued: “We found very few people who had drinks spiked reported it. Either they didn’t think they would be believed, or if they were male there was an em­ barrassment issue.” Spiking test kits are now being rolled out to police in Bristol as part of a trial.

The Home Office said the meas­ ures will “enable officers to test drinks on the spot, preventing assaults and helping them to gain early evidence for investigations”. Drink spiking offenders can be jailed for up to four years.

The Home Office said: “These reports are extremely disturbing. We are in close contact with the police on this issue and urge any­ one with information on these inci­ dents to contact their local force.”