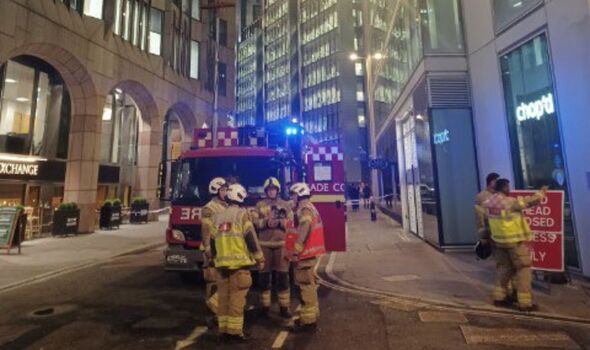 Firefighters have evacuated around 150 people from properties in the City of London after a gas main ruptured. The London Fire Brigade has been scrambled the incident on Seething Lane at the junction of Crutched Fryers Lane in the capital. Around 150 people have been evacuated from commercial premises and offices. It is unclear when they will be allowed to return. Passing commuters have been advised to avoid the area if possible.

The London Fire Brigade wrote ion a tweet: “Firefighters are attending a ruptured gas main on Seething Lane at the junction of Crutched Fryers Lane in the City of London.

“Around 150 people have been evacuated from commercial premises and offices. Please avoid the area if possible.”

Express.co.uk has contacted the London Fire Brigade and the Metropolitan Police for further comment.

Seething Lane in the City of London is located the west of the bustling Tower Hill area and just south of the busy Fenchurch train station.

Dad, 35, dies after collapsing on family holiday in front of wife and children