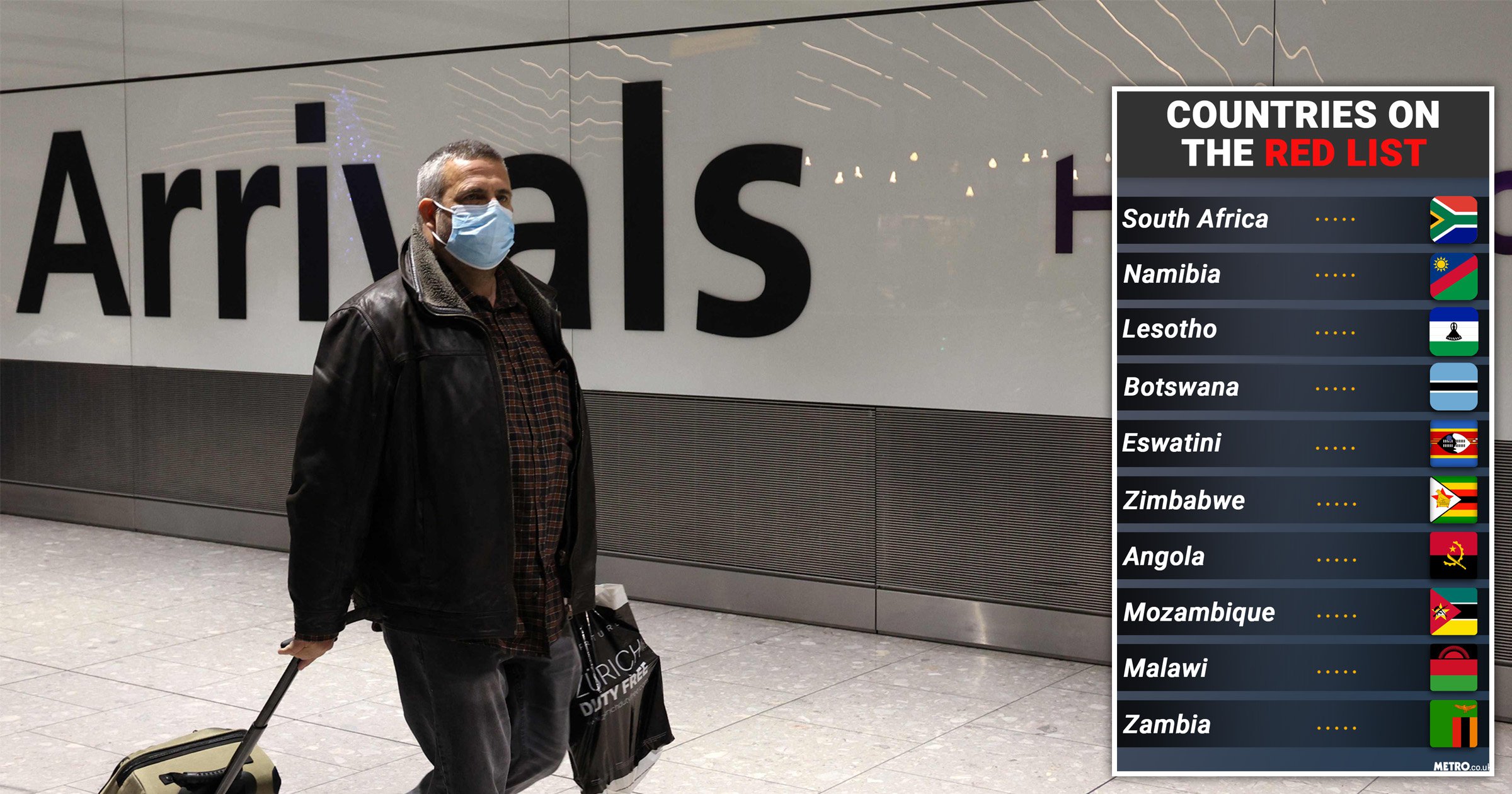 Passengers from southern African nations on the travel red list could be evading the £2,285 hotel quarantine as some potential gaps in the Covid-19 restrictions have been revealed.

Passport control officers are thought to not be checking the original departure airport of people boarding indirect flights in one of the 10 countries, according to a senior official close to Border Force and the Home Office.

It means that hundreds of people could have entered the UK and be carrying the ‘super-mutant’ Omicron variant, which triggered a new wave of rules in England.

One passenger, who wishes to remain anonymous, told Metro.co.uk about their ‘shambolic’ experience at passport control.

They said: ‘No checks at the UK border on if we had vaccines or a PCR booked.’

Lucy Moreton, professional officer at the Border Force union ISU, also told i that the Home Office has not instructed passport control staff to check passenger locator forms on arrival.

But the Home Office insisted that the claim is ‘completely untrue’ and that Border Force has been given operational guidance, which is regularly updated.

Ms Moreton said: ‘If you’re arriving in the UK on an indirect flight that originated in a red list country, you are required to declare that.

‘But that requires honesty on behalf of the passenger, as it is not being independently checked at passport control.

‘The Government has not instructed Border Force Officers to make such checks.’

An email seen by i appears to confirm new instructions were sent to Border Force from the Home Office at 5.35pm on Saturday, but further details have not been disclosed.

After scientists identified the Omicron variant of the virus, England was one of the first countries to tighten rules for international arrivals.

There is now a ban on travel from 10 countries in southern Africa and ministers have not ruled out adding more to the red list.

Eight more cases of the variant were confirmed in England earlier today, bringing the total number to 13.

Health secretary Sajid Javid said the new variant ‘may be more transmissible’ than the Delta strain and added ‘the vaccines that we currently have may be less effective’.

Dr Jenny Harries, chief executive of UKHSA, said: ‘It is very likely that we will find more cases over the coming days as we are seeing in other countries globally and as we increase case detection through focused contact tracing.

‘That is why it’s critical that anyone with Covid-19 symptoms isolates and gets a PCR test immediately.’

Lockdown phase 3: What will open on July 4? Full list