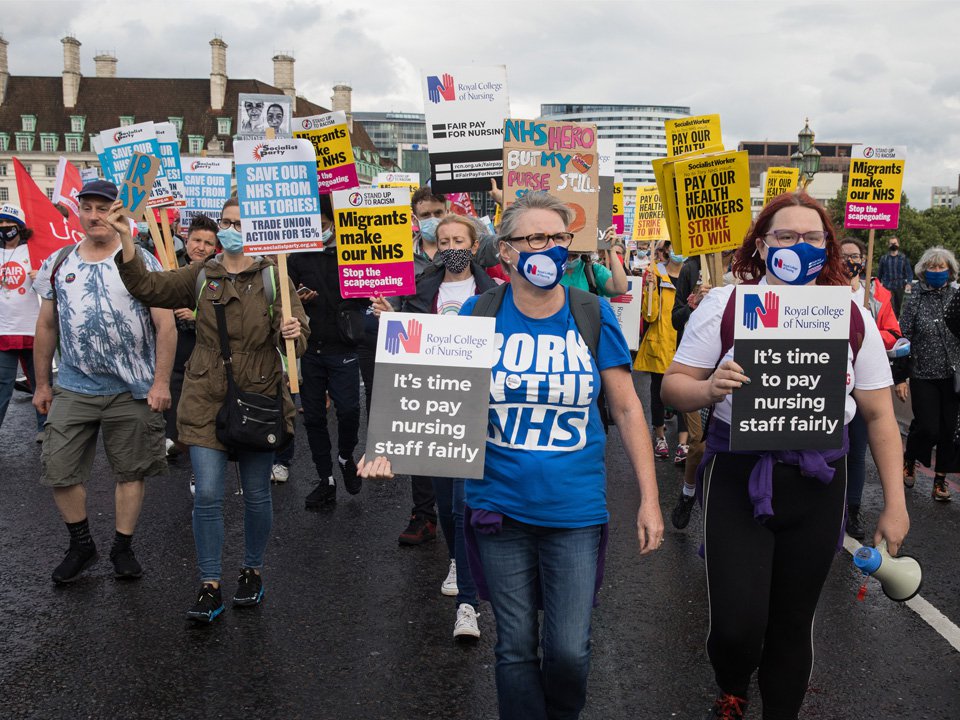 Nurses have voted to go on strike across the UK for the first time since their union was founded 106 years ago.

More than 300,000 members of the Royal College of Nursing were balloted over whether they supported strike action in response to a below-inflation pay deal.

In the majority of NHS employers this will now take place, including all NHS employers in Scotland and Northern Ireland, and all bar one in Wales that met the legal turnout thresholds to qualify.

Many of the biggest hospitals in England will see strike action by RCN members, including Guys and St Thomas’ in London, near the House of Commons.

The strikes are set to begin within a few weeks, possibly before Christmas and the mandate to organise strikes runs until early May 2023, six months after members finished voting.

Exactly what the strikes will mean is yet to be determined, but patients will likely face disruption to operations and appointments amid record NHS waiting lists.

RCN General Secretary Pat Cullen said: ‘Anger has become action – our members are saying enough is enough. The voice of nursing in the UK is strong and I will make sure it is heard. Our members will no longer tolerate a financial knife-edge at home and a raw deal at work.

‘Ministers must look in the mirror and ask how long they will put nursing staff through this. While we plan our strike action, next week’s Budget is the UK Government’s opportunity to signal a new direction with serious investment. Across the country, politicians have the power to stop this now and at any point.

‘This action will be as much for patients as it is for nurses. Standards are falling too low and we have strong public backing for our campaign to raise them. This winter, we are asking the public to show nursing staff you are with us.’

Earlier today, a government minister brushed off reports of nurses having to turn to food banks because of the cost of living crisis.

Answering a question about health workers, education secretary Gillian Keegan said people who need emergency help usually do so because they were in crisis rather than due to general lack of funds, saying they may have suffered a ‘broken… relationship or boiler’.

Man denied Covid vaccine because he turned up on a bicycle