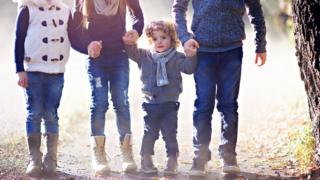 Hungarian women with four children or more will be exempted for life from paying income tax, the prime minister has said, unveiling plans designed to boost the number of babies being born.

It was a way of defending Hungary’s future without depending on immigration, Viktor Orban said.

Hungary’s population is falling by 32,000 a year, and women there have fewer children than the EU average.

As part of the measures, young couples will be offered interest-free loans of 10 million forint ($36,000), to be cancelled once they have three children.

Mr Orban said that “for the West”, the answer to falling birth rates in Europe was immigration: “For every missing child there should be one coming in and then the numbers will be fine.

“Hungarian people think differently,” he said. “We do not need numbers. We need Hungarian children.”

While Mr Orban was delivering his state of the nation address, the latest demonstrations were being held in Budapest against his government’s policies.

About 2,000 people gathered in front of his office and others blocked one of the main bridges across the Danube river.

Correspondents say the biggest applause during his speech was for his announcement of a seven-point plan to increase the fertility rate.

Other points in the government’s plan include:

The average number of children a Hungarian woman will have in her lifetime (fertility rate) is 1.45. This puts the country below the EU average of 1.58.

Niger in West Africa has the highest fertility rate in the world, with 7.24 children per woman.

Prince Harry and Meghan Markle relationship: Is Harry really ‘happier than ever’?