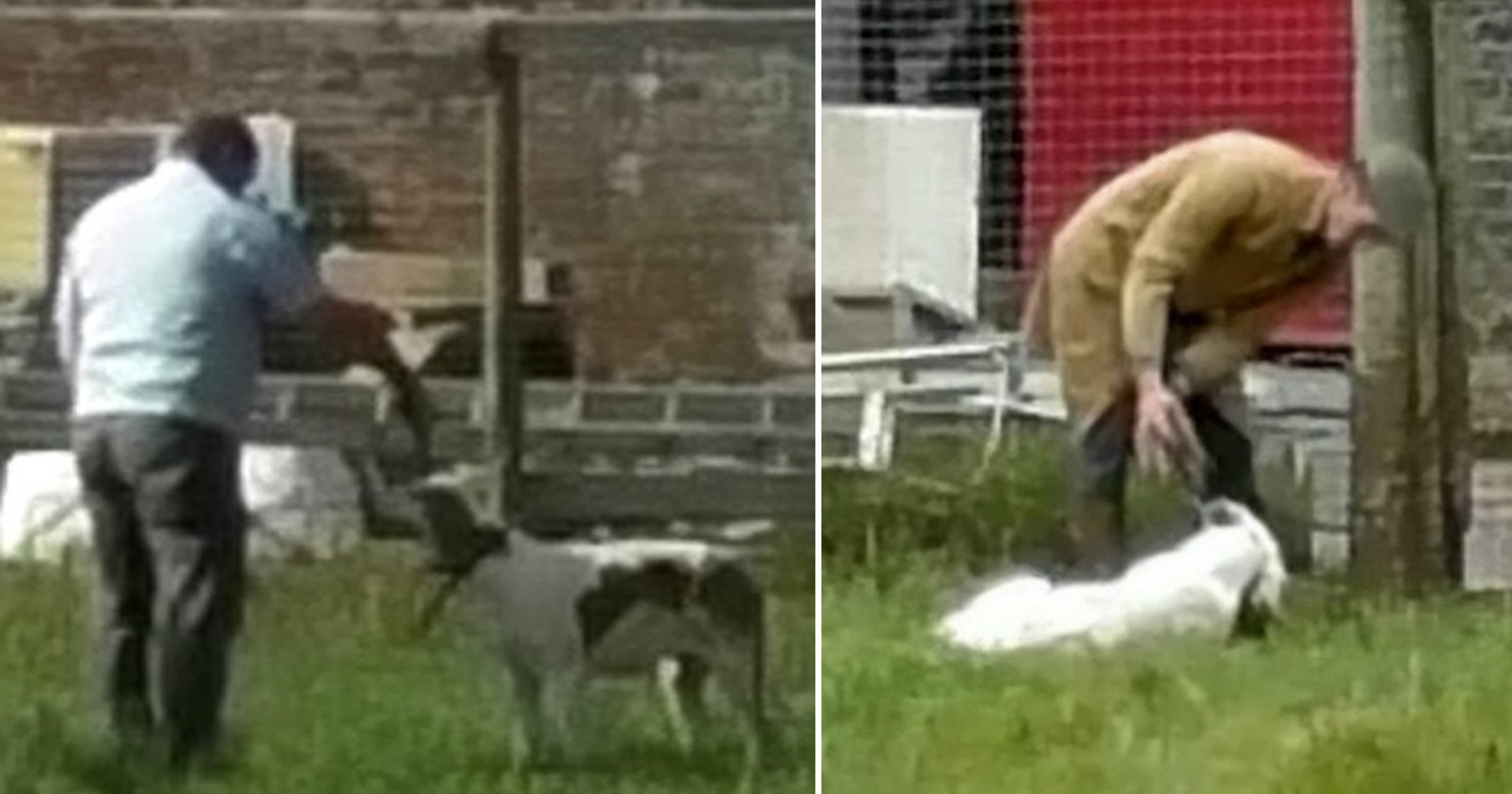 Undercover footage shows one huntsman at the Duke of Beaufort’s Hunt, in Gloucestershire, carrying an apparently unwell dog onto a field and putting the gun to its head while it was still conscious.

He is then seen carrying its body away in a wheelbarrow.

Other clips, filmed by activists from Keep The Ban and the Hunt Investigation Team, is said to show another three examples of hounds being executed in the same way.

One was described as showing the animal being shot twice, three minutes apart, suggesting it remained alive after the first bullet.

It is not illegal to kill hounds, which commonly happens if they become too old, ill or injured and cannot be rehomed.

The activists said their footage showed how hunt dogs are ‘thrown away like garbage’ when they are no longer ‘fit for purpose’.

The Beaufort Hunt, based in Badminton, said hounds are ‘humanely euthanised’ if they cannot be rehomed, which applies to the majority of retired hunting dogs as they are ‘not house-trained and have only ever been used to living in a pack environment’.

A top vet accused the hunt of poor standards, suggesting huntsmen were failing to ensure minimal suffering by the animals.

Mike Jessop, a fellow of the Royal College of Veterinary Surgeons, said there was ‘no evidence’ in the footage that they were ‘veterinary trained or veterinary surgeons’

He told ITV News: ‘The lack of use of any veterinary equipment that one would expect such as stethoscopes to ascertain the dogs were dead was just lacking.

‘My concern is whether there is any suffering after the shot, because nobody is being careful enough in checking the dogs are truly dead. In one of the videos, the [hound’s] tail was still waggling very vigorously for quite some time, even when the dog was being loaded in the wheelbarrow.

‘I would question, and be concerned, that that dog was still sentient, and therefore had the ability to feel pain.

‘I would hope that the procedure was being done by a veterinary surgeon in a more humane way, by use of lethal injection, rather than bullet.’

The Countryside Alliance says 3,000 hounds are killed each year, while anti-hunting campaigners believe the figure is over 7,000.

In a statement, the Duke of Beaufort’s Hunt said: ‘A number of options are considered for every hound before any decision is made regarding their future, whether that is retirement or rehoming, either to a domestic environment or to another kennels where their country may be deemed more suitable for that individual hound.

‘Occasionally hounds are successfully retired as domestic pets, but they are not house-trained and have only ever been used to living in a pack environment so the majority are unfortunately unsuitable for rehoming.

‘Where other options are not available, hounds are humanely euthanised. This is done by trained professionals using lawful and approved methods.’