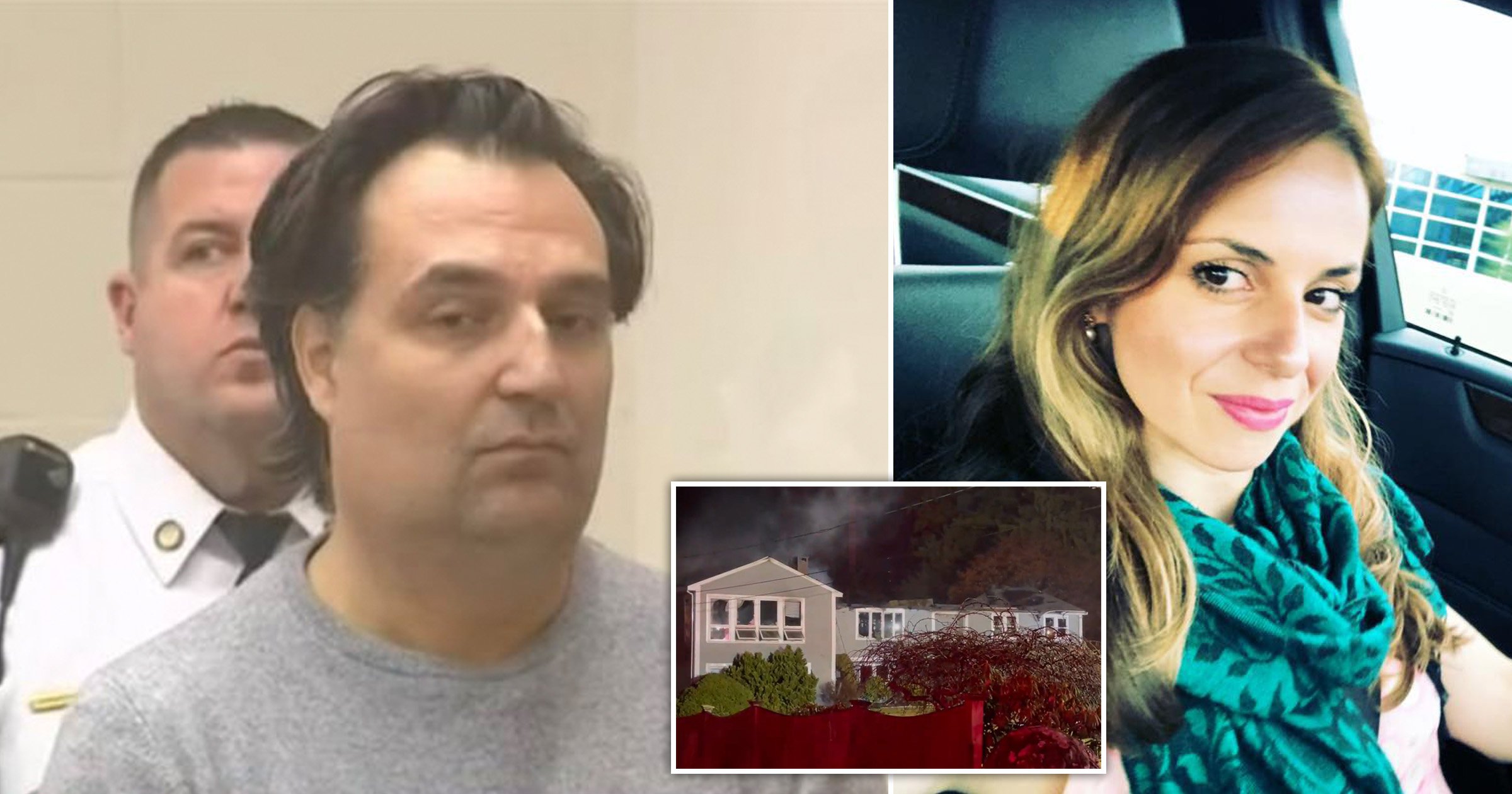 The husband of a missing Massachusetts mom was arrested after police discovered a bloody knife in his home, prosecutors said.

Brian told police he had not left his home in Cohasset, Massachusetts after his wife went missing on New Year’s Day. The couple lives in the Boston-area town with their three young children.

Ana works for a real estate company in Washington, DC and owns a second home in the city. Her husband said that she left for an early flight to work around 4am on January 1.

However, Ana never showed up for her flight out of Boston Logan International Airport. Her husband said she planned to take a rideshare car to the airport, but investigators have been unable to determine if any driver picked her up.

Brian is required to report his whereabouts to a probation officer due to his ongoing sentencing in a federal fraud case. He initially told them he only left his home briefly to purchase ice cream for his son.

However, investigators eventually discovered surveillance footage from a local Home Depot that showed him purchasing $450 worth of cleaning supplies on January 2.

Police searched the Walshes’ home and surrounding wooded areas with a K-9 team on Friday. On Monday, prosecutors said they recovered a broken knife with traces of Ana’s blood inside the basement.

Brian was taken into custody by police on Sunday. He appeared in Quincy District Court on Monday, where he was charged and his bail was set at $500,000.

So far, Brian has only been charged with misleading investigators. The Norfolk District Attorney stated that the investigation into Ana’s disappearance is still ongoing.

Brian pleaded guilty to federal fraud charges in 2021. According to court documents, he sold fake Andy Warhol paintings on eBay for $80,000.

The FBI began an investigation into the fraudulent art dealer in 2018. He was eventually charged with wire fraud, unlawful monetary transaction, and possession of converted goods.