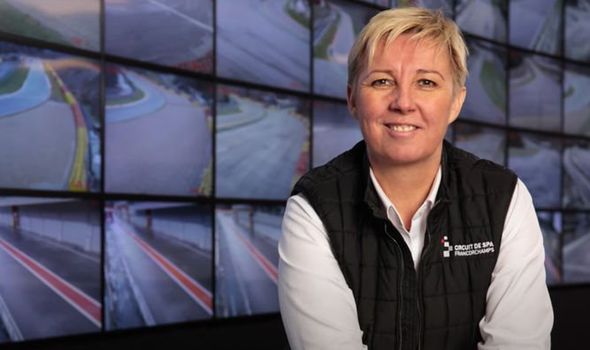 After killing Nathalie Maillet, 51, and her girlfriend Ann Lawrence Durviaux, 53, Franz Dubois phoned the authorities and then turned the gun on himself, police said.

Both he and his wife Nathalie were big names in motorsport – she had been the CEO of the Spa-Francorchamps F1 circuit in Belgium since 2016, while he had been a team owner as well as the co-founder of the VW Fun Cup series.

The pair, who were married for 17 years, had both had spent brief spells as racecar drivers, too – Nathalie more successfully than Dubois.

Detectives said they were treating the deaths as a double murder and a suicide, but could not confirm that infidelity was the motive.

Sources said Dubois, thought to be 75, had been aware of Nathalie’s lesbian relationships for a while and that her sexuality was “an open secret”.

Her body was found alongside Ann’s at Nathalie’s home in Gouvy, Belgium, early on Sunday, police revealed.

Nathalie’s colleagues realised something was wrong when she failed to turn up for the last day of the Ypres Rally event, part of the World Rally Championship, on Sunday.

The Belgian prosecutor said yesterday: “At 00:10 on Sunday, the bodies of two women and one man were discovered by the police in a house in Gouvy, all three presenting gunshot wounds. According to our information, the male individual voluntarily used his firearm to kill both women, including his wife, before killing himself.”

Veronique Leonard, the mayor of Gouvy, said: “I was warned, around 2.30am, by the police, that a double murder, followed by a suicide, had been committed in the house.”

As a former driver, Nathalie competed in seven 25 Heures VW Fun cup races and stood on the podium five times, winning the event in 2006. She was also involved in the modernisation of the Spa-Francorchamps circuit, which hosted its first Grand Prix in 1925.

Prominent figures in the motor racing industry reacted with horror to the shootings. Melchior Wathelet, chairman of the board of directors of the circuit said: “My thoughts are with Nathalie’s family, her parents, her relatives – but also her teams.

“We are losing a very great lady, a motorsports lover and enthusiast, a true leader who will be sorely missed.

“Nathalie had become the face of the circuit, she embodied this passion for racing that we all share.”

“All my thoughts and solidarity go out to her family, friends and the Spa-Francorchamps teams.”

The police are continuing their investigation.