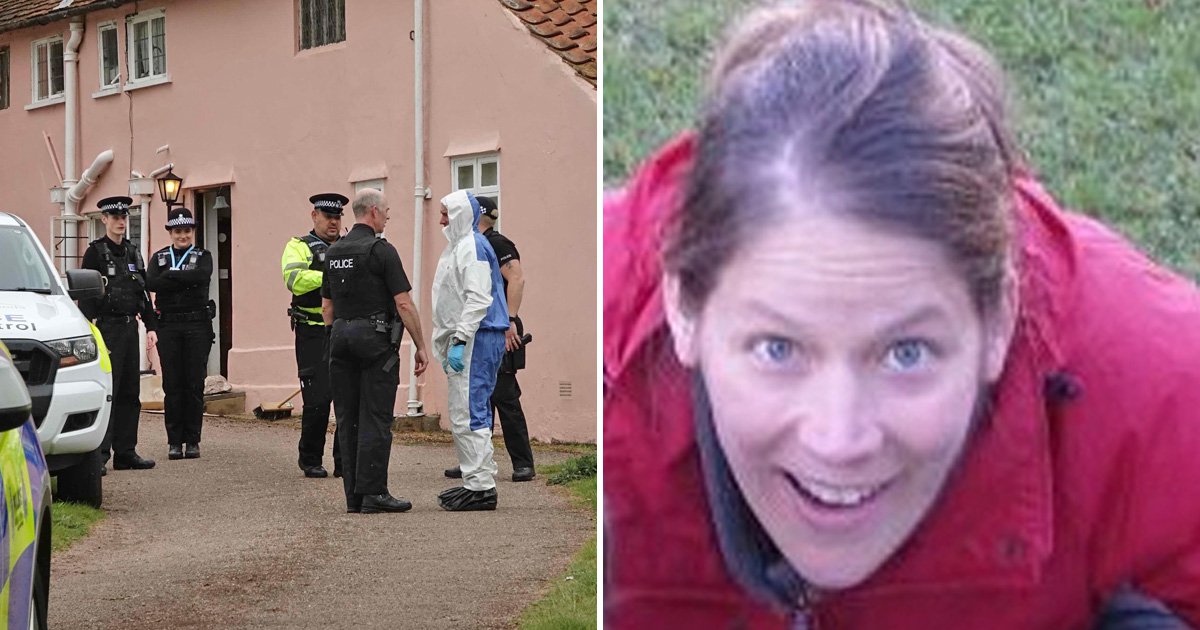 A vintage gun dealer who killed his wife complained to a psychiatrist she was leaving tissues all over the house when he believed he had coronavirus.

Peter Hartshorne-Jones, 51, had an ‘abnormality of mental functioning’ when he shot Silke, 41, on May 3 last year. The pandemic had apparently created ‘severe aggravation’ for the man’s mental health.

Before the killing, Hartshorne-Jones locked himself in his bedroom to avoid getting the virus and at one point he believed he was infected.

Psychiatrists said he was suffering from ‘psychotic symptoms’ at this time.

After shooting his wife Hartshorne-Jones called 999, and the emergency services rushed to the couple’s £600,000 home in Barham near Ipswich, in Suffolk.

He allegedly told the operator: ‘I am sorry, I don’t know what came over me. I didn’t mean to kill her.’

Silke, a lawyer, was pronounced dead at Ipswich Hospital, just under two hours after her husband called the police. She died of a shotgun wound to the chest.

Hartshorne-Jones was later assessed by three psychiatrists but none of them appeared to ask him why he shot his wife.

Judge Martyn Levett told Ipswich Crown Court: ‘The only thing I can find in this case was that [Hartshorne-Jones] was affected by the assertion he makes that she left tissues around the house when he was labouring under the belief that he was suffering from coronavirus.’

He claimed diminished responsibility on account of his mental health – he was diagnosed with depression in 1996 and prescribed antibiotics in 2009.

Paramedics had to visit the couple’s home 29 times between March 16 and April 27 last year, after Hartshorne-Jones made multiple calls to mental health professionals.

Judge Levett has asked how Hartshorne-Jones was legally allowed to own a firearm given his history of depression.

In fact, Hartshorne-Jones was a registered firearms dealer who sold ‘the finest sporting English and Scottish shotguns’ with his company Fine English Shotguns.

He had answered ‘no’ to questions about whether he suffered from mental health issues on application and renewal forms but Judge Levett wants to know whether ‘there was any need to make checks’.

The police said: ‘Currently there are 21,295 firearms and shotgun certificate holders in Suffolk. We are continuing to follow and comply with national procedures and guidelines for the issuing of firearms licences.

‘We have a team of specialist Firearms Enquiry Officers who conduct home visits and interviews with all certificate applicants at the time of the initial grant and subject to risk assessment, at the point of renewal.

‘We also visit certificate holders at any time where information is received that may bring in question their suitability to possess firearms.’

Hartshorne-Jones was supposed to be sentenced on Wednesday, but he did not arrive at court from the mental health clinic where he is being held under an interim hospital order.

The case has been adjourned until October 13.

When will Wales and Scotland have their

Mum believes son, 14, would still be alive if schools hadn't closed in lockdown