Home » Europe » Husband who beat ex-wife to death over £500,000 home they shared is jailed 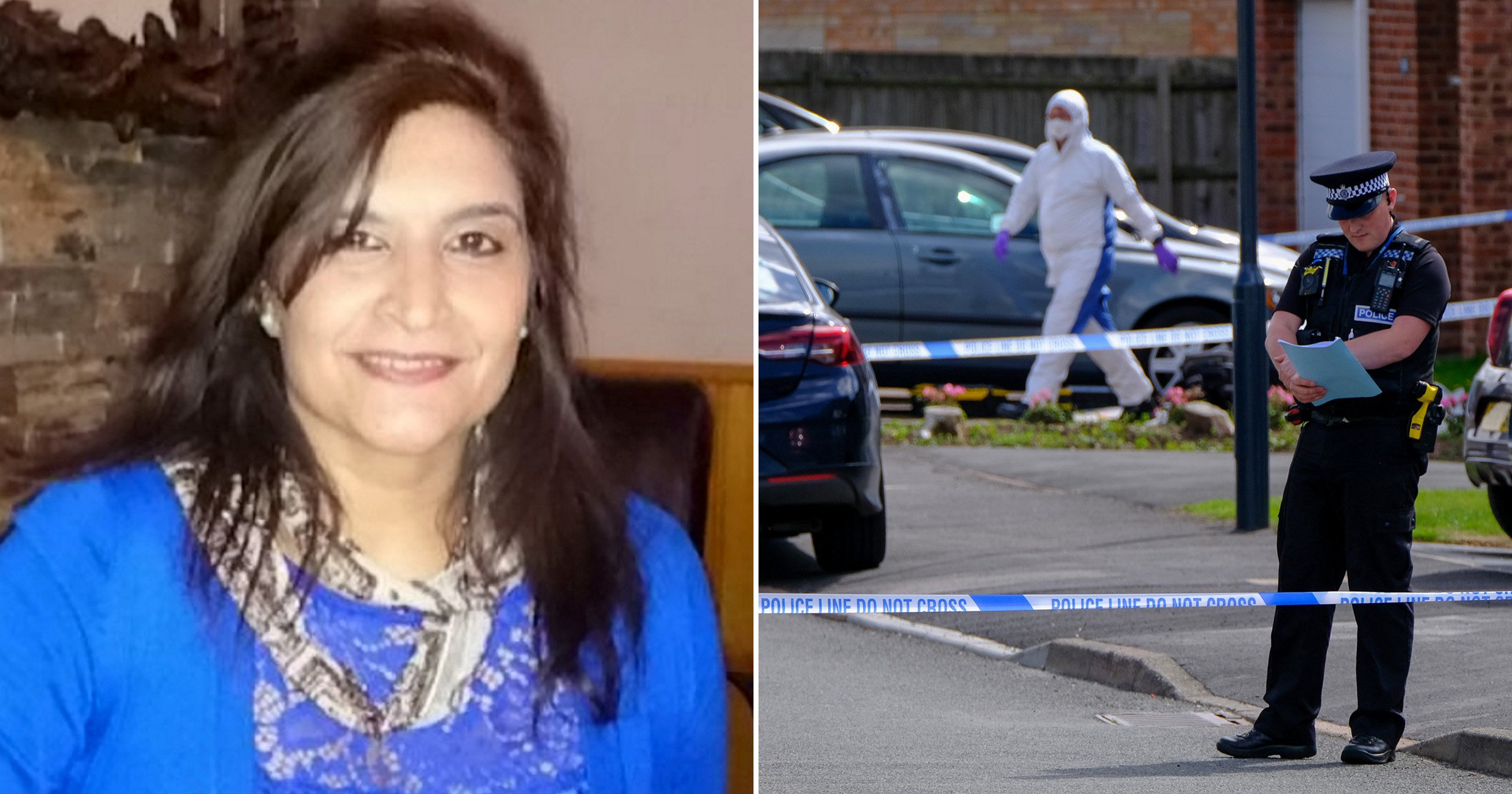 An ‘overbearing’ husband who battered his ex-wife to death amid a bitter feud over their £480,000 martial home has been jailed for life.

Jasbinder Gahir, 58, broke into the property in the middle of the night and beat Balvinder Gahir so savagely her skull partially caved in exposing her brain.

His 23-year-old son Rohan, acted as a getaway driver on the night his mother was killed and was caged today for three-and-a-half years.

Balvinder, known as Bally, was found in a pool of blood at her home in Lillington, Leamington Spa, Warwickshire, at 2.40am on August 24 last year.

A court heard Gahir had launched the brutal assault after she refused to sell the £480,000 property she had lived in since the couple divorced.

The IT worker who was described as ‘overbearing and manipulative’, had previously been ordered to pay £30,000 to Balvinder, 54, as part of a family court settlement.

In a recorded phone call, he was heard saying he would attack his ex-wife ‘because she’s a greedy cow’, claiming he had ‘worked for it all’.

Yesterday, Gahir senior was found guilty of murder by a jury at Coventry Crown Court and was today handed a life sentence with a minimum of 28 years.

Gahir junior cleared of the charge but was instead convicted of perverting the course or justice and jailed for three-and-a-half years.

The three month trial was told how Balvinder’s lifeless body was found at the house after she was subjected to a ‘frenzied’ attack.

Jurors heard how Gahir senior, from Maidenhead, Berkshire, walked upstairs to his ex-wife’s room unannounced and repeatedly struck her on the head and the body.

Prosecutor Philip Bradley QC said: ‘A piece of her skull had become detached so that it flapped, exposing a degree of the inside of her head as the medics battled to save her. Bally was pronounced dead at the scene.’

The court heard Gahir and Balvinder married in 1990 before emigrating to New Zealand where she fell pregnant with twin boys.

They returned to the UK in 1995 and moved to Leamington Spa where they had Rohan in 1997.

The house in Valley Road was in their joint names, but the marriage, in which Jasbinder became very controlling, ran into difficulties.

In 2008 the house was remortgaged to pay for an extension but Jasbinder then bought a property in his sole name in Slough, Berkshire, which he rented out.

He said: ‘After Jasbinder had moved out Bally ended up in financial difficulty, and a County Court judge ordered that she would be responsible for the mortgage but that Jasbinder was to transfer his interest in the property to her and to pay her £30,000 – in default of which the Slough property would have to be sold.

‘In the months and years that followed, Jasbinder did not pay the money, but Bally resisted pulling the trigger and enforcing the court order.’

The court heard how Balvinder had been pressured to sell the Valley Road house and share the proceeds with her ex-husband but had refused.

Mr Bradley said it ‘had become a hot family topic’, adding that the dispute over the property was behind the murder.