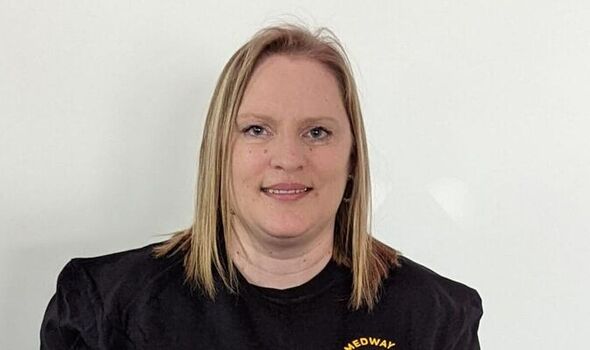 Rachel Eastman* was barely in her teens when she was first introduced to drugs, but is firm in her belief that her addiction began after the death of a close family member when she was just 11. It started out with alcohol and marijuana, Rachel, now 45, recalls from her family home in Kent. In the two years that followed, she started taking party drugs, including amphetamines and LSD.

Trapped quickly in an unhealthy and abusive relationship, she was “rescued” by the man she would later exchange vows with. Together they built a criminal business, one of which, she confesses, she “thrived” in, and they carved out a comfortable life of drug dealing.

Heading into her early twenties, she “loved” the existence she and her husband Dean had created – until it all came crashing down through an undercover police operation. Heading to prison in 2004, Rachel served just under a year before being released on probation for the remaining months, waiting for Dean to re-emerge from his sentence.

So the cycle started again, she remembers, picking up just where she had left off before she surrendered her freedom. By 2008, things were shifting for Rachel. Life had reverted much to what she knew before, with Dean back from his stint in prison and the couple living together in a flat.

But she says: “Nothing much changed, but it was just getting a bit miserable.”

She adds: “I thrived on that lifestyle. But then it got to a point where I just got fed up with it. And I didn’t want it, I just couldn’t see a way out.”

That year, Rachel was hit with the death of a loved one, which she described as a key moment in her journey towards recovery.

She recalls: “That’s when my whole world came crashing down. The pain I felt through losing my godfather made me realise the pain that the rest of my family and friends around me felt from my actions all these years. That’s when I really first got serious about getting clean.”

But this realisation came with a heavier burden than physical addiction; for Rachel, changing her life meant sacrificing “the only man I’ve ever really loved”.

“I had to leave, I had to make the decision to leave him”, she recounts, her tone of voice audibly changing as she thinks back to walking away from her ex-husband.

Dean “didn’t want to change”, and his drug use pulled her back into active addiction and away from the life she was now adamant she wanted.

Summoning back memories from a decade ago, she paints a picture of being “semi-clean, still using because he was, and I just couldn’t get the grasp of the [recovery] programme. I thought the only way to stay clean or get clean was to leave him, because he refused to stop selling drugs and change. So I left him.

“But it took me another 10 years for me to actually get clean. So I look back on that time thinking, ‘Did I really need to leave him?’ Because he’s the only man I’ve ever truly loved. He’s the only good man.”

Comparing her marriage to other relationships she has maintained over her life, she reflects that “with Dean, it was different, it was really true love, so I get quite emotional when I think about having to leave him”.

An incredibly painful decade followed Rachel’s decision to leave her marriage, she reveals. She dipped in and out of Narcotics Anonymous support group meetings, and was admitted to psychiatric facilities, as well as starting up another relationship she remembers with little warmth. She speaks fondly of the staff and people at various drug treatment facilities, including those she commends for her care at recovery service, Open Road.

“And I’ve been single ever since”, she divulges. “But I choose to be single.”

Her recovery hinges on concentrating on herself, not “taking on someone else’s stuff”, she says with distinct self-assurance.

But this may not always be the case for Rachel, who is now “open to love” as long as it does not come at the cost of her 12-step programme.

“If the right person comes along, then he comes along – I’m not out there looking for it,” she says.

Rachel looks to the future with a smile, seemingly relieved it is something she can contemplate having.

Now in her mid-forties, getting stuck in with volunteer work and peer-to-peer harm reduction schemes, she quipped that she was repeatedly told she’d never get past her thirties.

Clearly impacted by the traumas of her life, she brightens at the prospect of continuing her community work, and is resolute that the very worst of her experiences “made me the person I am today”.

“I’m here for a reason”, she says with absolute confidence. “My life’s just started.”

*Rachel’s name has been changed to protect her anonymity.

Emily Thornberry blasted for ‘illogical’ Brexit policy – ‘Get deal, campaign to REJECT it’