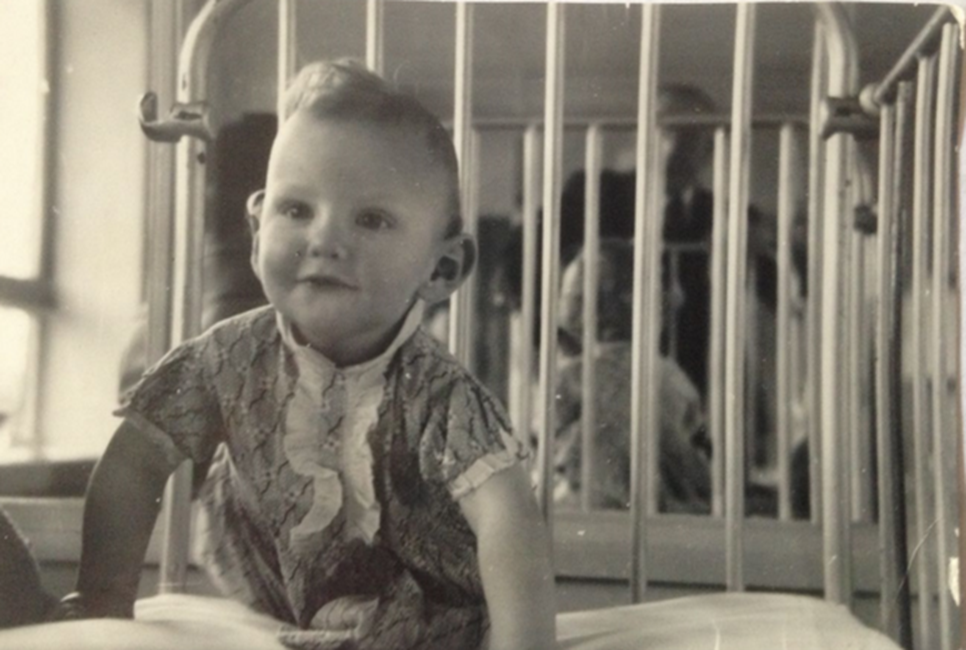 When people ask how my wife, Sue, and I met, our story is the last thing they’d guess.

It was just after Christmas, 1949. We were babies – only months apart – and in cubicles next to each other at an isolation hospital near Dartford in Kent. Love at first dribble, what a way to meet!

We had both contracted polio during the pandemic in the years before the development of a vaccine. People were as afraid of polio then as they have been about the coronavirus more recently.

Our legs were paralysed, Sue’s right and my left. Sue was a bit older than me and had been walking before getting polio. I was born with club feet and was still learning to walk. We were in isolation for several months because of the danger of infecting other people and, when we left, Sue’s favourite cuddly panda had to be burned to prevent infection.

Our parents knew each other through visiting us in hospital. They stayed in touch here and there, but Sue and I didn’t have any contact until our early teens when Sue’s dad took us to a disabled swimming club. Sue swam like a fish (in fact she swam for our town) but I swam like a plank (I could float).

Despite our disabilities, we both worked hard to be ‘normal’. Our parents were told by doctors not to do things for us but make us do it ourselves, which was good advice.

However, life living with polio wasn’t easy. Sue’s local primary school were reluctant to take her, and her mother had to insist that she could cope. At her secondary school, Sue became head girl.

I was even more restricted than Sue – I couldn’t play sports and as I had to walk to different classes, I always arrived after the others.

I also rode a special large trike, even in my teens, because I had a long calliper on my leg.

In our later teens, we used to meet at school dances, not that either of us could dance – a big regret as we are both musical. We got on well and understood each other without having to explain ourselves and were both strong-minded and resilient.

We started to go out when Sue was at teacher training college and I was working towards being an accountant. We got married in 1973.

Life has always been a challenge – we have had to be disciplined and often had to test ourselves to our physical limits. We have two sons, who could both outrun us at two years old so they had to be trained to stop on command and do what they were told. When we went to the seaside, they learned not to run ahead to the sea but to go to the boot of the car to help take the gear to the beach.

I think until Covid-19 struck, many people in the UK did not take the risk of viruses seriously.

Although life has not been easy for us we are lucky to live in a country with the benefit of the NHS. We had excellent care, support and now with the development of the polio vaccine, the disease has all but been eradicated in this country. The last case of polio in the UK was in 1984.

Despite this remarkable progress, polio still infects children in a few corners of the globe, such as Pakistan and Afghanistan.

The annual number of wild polio virus cases has declined by more than 99.9% worldwide. However, eradication efforts risk becoming a victim of their own success, with such low numbers meaning many people mistakenly think that polio is long gone.

However recent headlines reporting the detection of polio in sewage samples from London have put polio back on people’s radar.

Just this week, it was announced that all UK children under nine will now be offered the vaccine again. While Sue and I are glad vaccines are being mobilised so quickly, we’re deeply concerned about the threat of this illness emerging again.

It is a reminder that failure to eradicate the disease could result in a resurgence.

This feels so cruel when polio is one of only a small number of diseases that can be completely eradicated, such was the case with smallpox.

Meeting Sue in that polio ward in 1949 turned out to be the best thing that ever happened to me.

We simply want people to feel proud of how far we’ve come in wiping out this dreadful disease – not just here in the UK but globally – and how so very close we are to eliminating it worldwide once and for all.

In a world where human challenges can feel so huge and so insurmountable, we hope that if some good can come from this discovery, it’s that we use it as an opportunity to jump that last hurdle in eradicating this debilitating disease.

Polio paralyses people and cannot be cured. It can even kill people if their chest muscles are affected. If it is not eradicated, there will always be a risk of us catching it and an epidemic would be catastrophic.

So please, make sure you are vaccinated and use your voice to make sure all countries get the funding they need to help eradicate this disease once and for all.

Coronavirus lockdown poll: Do you agree with the tier your area has been placed in?