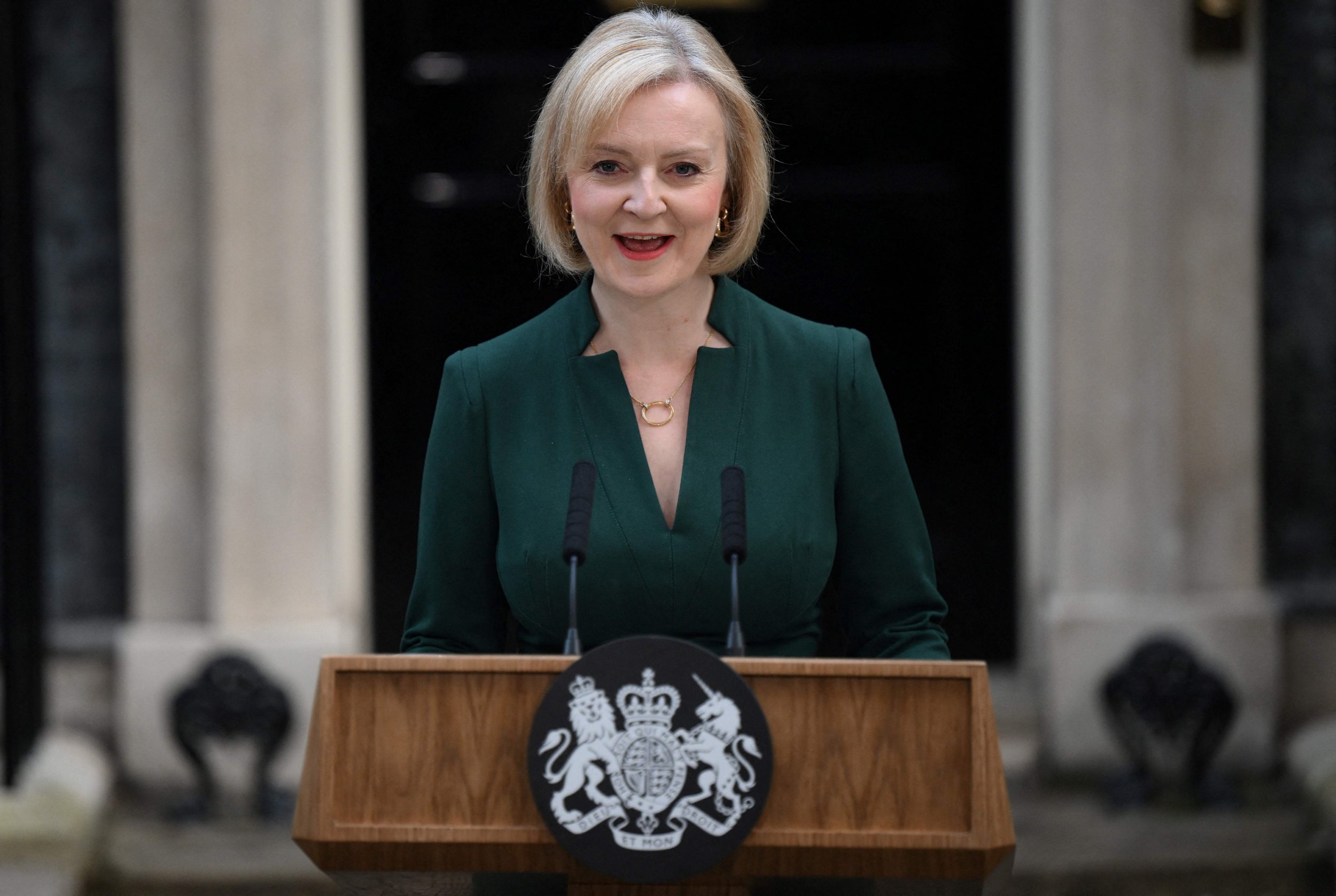 Liz Truss was serenaded by a loud speaker as she made her farewell speech outside Number 10.

And the choice of song pretty much sums up her seven weeks in power.

The indie classic ‘I Predict a Riot’ by the Kaiser Chiefs blared outside Downing Street thanks to anti-Brexit activist Steve Bray – who else.

‘It’s not very pretty I tell thee,’ could be heard as Ms Truss delivered her brief statement to the nation.

But at little over three minutes long, her speech was so short the song barely made the famous chorus.

While there haven’t been riots on the street, Britain is fast running out of patience with its leaders after going through three prime ministers in four months.

Ms Truss is now on her way to King Charles in Buckingham Palace after a tumultuous premiership, which saw the death of Queen Elizabeth II, a disastrous ‘mini-budget’ that sparked market meltdown and chaos at the heart of Government.

Despite claiming to have made ‘significant achievements’ in her 49 days in Downing Street, she will ultimately be remembered as the shortest-serving PM in British history, who couldn’t outlast a lettuce.

– What to expect today as Rishi Sunak officially becomes PM

– From mum’s ‘tiny’ chemist’s to the door of No10: Rishi Sunak’s journey to PM

– Inside Rishi Sunak’s family life as he becomes Prime Minister

Teacher struck off after allegedly taping schoolgirls' mouths with Sellotape