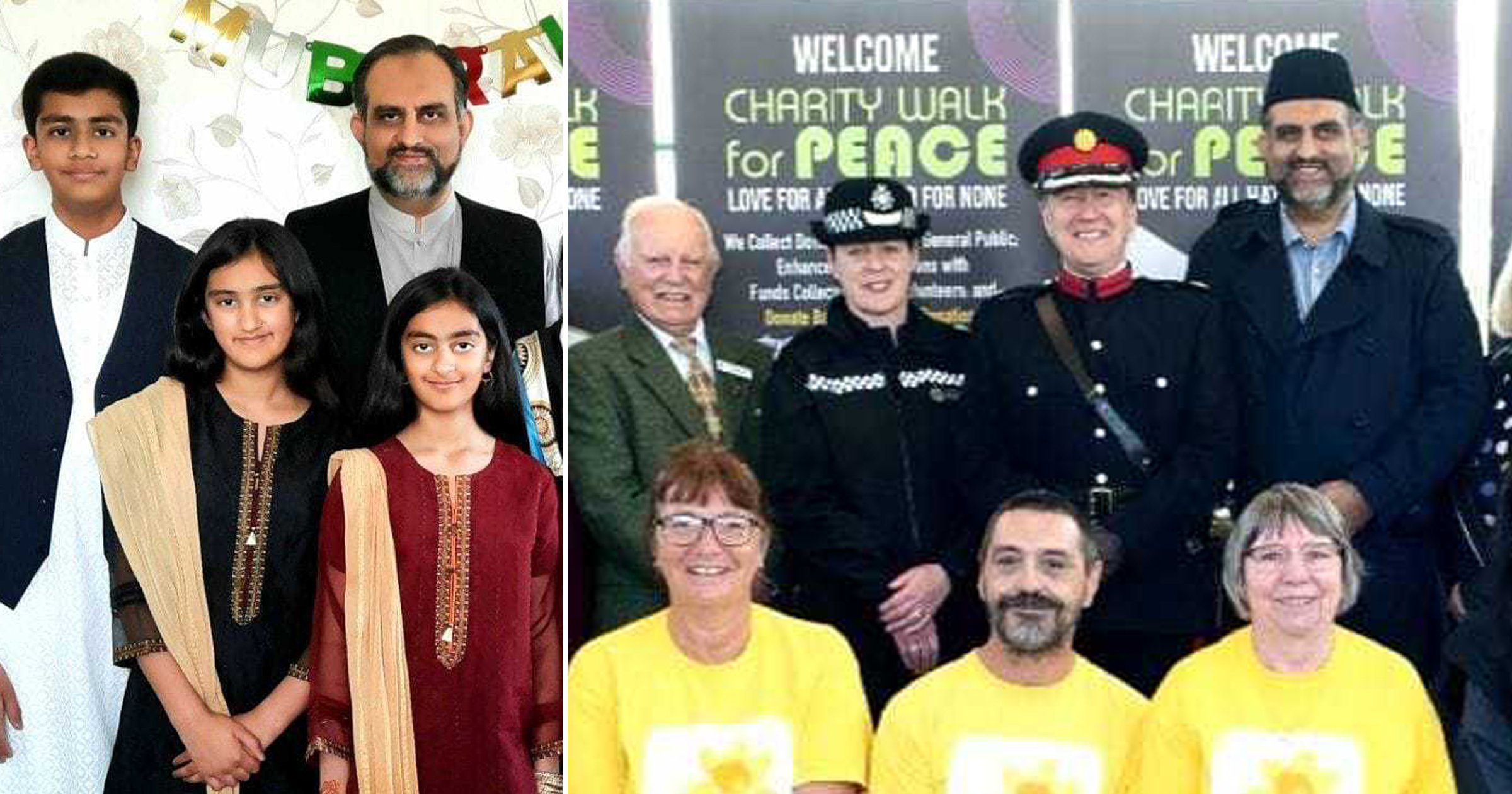 When the first gunshots sounded outside the mosque next to his office, Lutf Rehman did not know he would bear witness to what is now referred to as the Lahore Massacre.

Almost 100 people were killed and 120 more injured in two simultaneous attacks against Ahmadiyya Muslims in Model Town, Pakistan, in May 2010.

Miraculously, the 44-year-old survived but his memories from that fatal day still live with him.

He told Metro.co.uk: ‘Five minutes into the Friday prayers, we heard gunshots from the outside.

‘It took us some time to realise what was happening. Many people started to rush inside the mosque.

‘I was sitting in line with the doors, so I saw a man caring this AK-47-type of gun trying to enter the building.

‘People sitting close to the door tried to keep it closed with their bodies, but the man stuck his weapon in the gap and was continuously shooting.

‘I saw people get injured right in front of me. There was a man I will never forget. He was in the mosque with his daughter and was covering her with his body.’

The attackers did not take any hostages and killed indiscriminately – discharging their guns and exploding hand grenades inside the mosque.

But Lutf was positioned behind a large pillar, so the whizzing gunshots did not reach him.

Two days later, he packed his bags and moved to England, where he now lives with his wife and three children in Yorkshire.

As a technical development and quality director at Burberry and manager for the Ahmadiyya Muslim Elders Association, Lutf is respected in his community.

But growing up in Pakistan, life was not always like this. Instead, he was a victim of systemic oppression and death threats.

Lutf and his family were members of the 500,000-strong Ahmaddiya community in the country.

It is a religious minority that considers itself Muslim but is legally barred from referring to itself as such, and from practising aspects of the faith.

Pakistan’s strict blasphemy laws have previously been blasted as the government’s version of ‘Jim Crow’ laws.

The massacre was also not the first time Lutf came face-to-face with death in the 33 years he lived in his homeland.

Back when he was a student at the National Textile University, he did his best to hide his religion from his classmates and lecturers.

Lutf recalls the segregation at the canteen where Ahmaddiya Muslims were not allowed to sit at the same tables as others, or use the same utensils.

‘It is very difficult to imagine unless you go through it,’ he stressed. ‘There are 400 students having lunch, but if I sit there, no one will sit next to me.’

Out of fear, he kept to himself and focused on his textile engineering studies but this did not stop religious fanatics targeting him.

Lutf recalled a mob of about 70 or 80 people storming the university to kill him when he was in his third year.

‘Like any other morning, I walked into the campus when suddenly all these people started beating me and throwing stones at me,’ he said.

‘No one stopped the at first. A couple of students in my class pleaded with them, saying I am a good person.

‘They then dragged me out and locked me in the nearby chemistry room to save me from the mob.

‘I was injured but still alive. Some teachers then came in and dispersed the crowd.

‘I saw them carrying a big concrete slab. They had wanted to throw with on my head, essentially stone me to death.

‘That was their plan. They believe that any Ahmadiyya Muslims should be stoned to death.’

Hiding his religion became a second nature for Lutf after that incident. Later in life he moved jobs several times before settling at a textile company in Pakistan.

Over the years, he rose through the ranks because of his ‘hard work and honesty’ but that only raised his profile, and he began receiving death threats.

After the Lahore massacre, Lutf decided that he had to move. His parents, brother and two sisters also relocated to Canada and Sweden.

Unlike thousands of other Ahmaddiya Muslims in Pakistan, he was able to escape and settle in the UK because his wife is British – but he highlighted that many are not this fortunate.

Lutf described his life here as ‘extraordinarily different’. It took him a long time to accept he did not have to live in ‘constant fear’.

‘It is really positive me and my family can express our religion without this fear,’ he said.

‘My children can go to school and tell people they are Muslim, and they will be respected because of it.

‘When I go to the pub with friends, they always order a soft drink and meals without pork for me because I don’t drink alcohol or eat pork.

‘It’s fantastic. We all respect each other.’

Earlier this week, Lutf’s mum arrived from Canada to join the family-of-five at the Jalsa Salana annual convention – normally the largest yearly gathering of Muslims in the UK.

Hailed as the ‘Glastonbury festival for Muslims’, it is set to attract some 35,000 people to Hampshire this weekend.

Lutf, who is one of 7,000 volunteers supporting the three-day event, has taken two weeks off work to be there with his loved ones.

Appeal for information about missing man