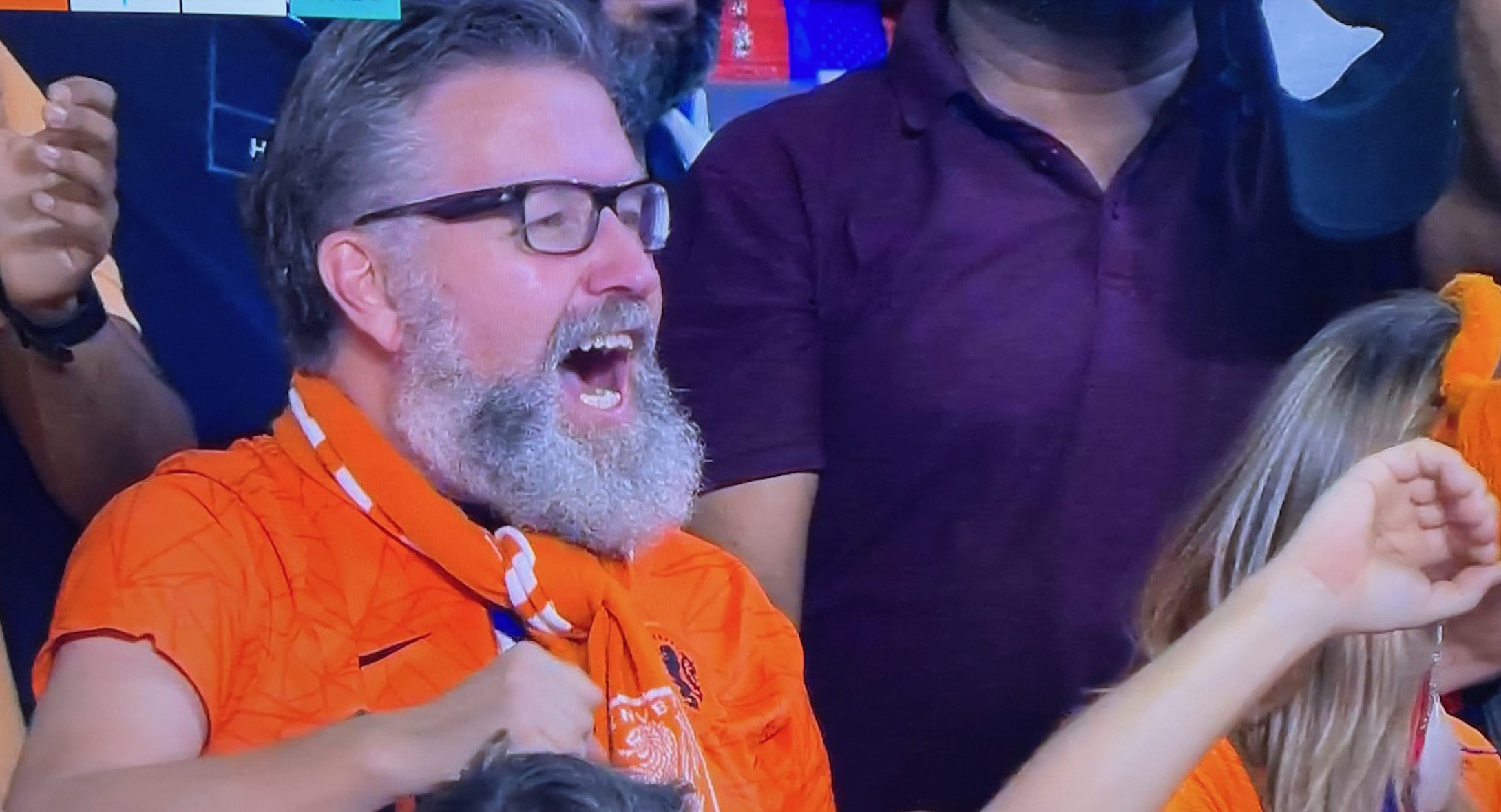 A footy fan couldn’t believe his eyes when he was watching the World Cup and spotted his spitting double chanting in the crown in Qatar.

Steve Hunt, 48, from Norwich, couldn’t believe his eyes while watching the Netherlands take on the USA on Saturday.

Just over 10 minutes into the game, the camera zoomed in on a Dutch supporter with a bushy salt-and-pepper beard and slicked back hair, wearing black-rimmed specs.

Steve said hairs stood up on his arm and a tingle went down his spine as he stared at the bloke ‘the perfect double of him.’

Steve, a wellbeing coordinator, said he paused the telly and zoomed in on the fan, who was wearing a Netherlands kit with scarf wrapped round his neck.

The dad-of-two said: ‘I had to pinch myself.

‘I was looking at myself on the screen in the crowd in Qatar and thinking ‘But I’m here, I’m not in Qatar’.

‘I was thinking there must be a parallel universe, and that time portals had crossed over and that I was in two places at the same time.’

Steve’s wife, Syreeta, soon brought him down to earth with a bump by demanding to know why he was staring at the screen and not watching the match.

But then she realised he’d gone white as a sheet and looked at the paused screen herself.

Speaking today, Syreeta said: ‘My first reaction wad stupid. I thought ‘What the hell is my husband doing in Qatar while I’m stuck in Norwich’.’

She said that within minutes of the bloke appearing on screen, her and Steve’s mobiles started pinging with messages.

Syreeta, 47, said: ‘Everyone we know starting texting or calling – even Steve’s mum called saying she didn’t know that her son even liked football, let alone that he was supporting the Dutch, not England.

‘We had to tell her Steve was sat at home watching the match, but she didn’t believe me, so I had to FaceTime her and show her Steve sitting on the sofa to prove he was at home.’

She added: ‘If even his own mum thought it was him, then the resemblance really is something – we have to find out who this guy is.’

‘The only way to tell for definite is for me to meet up with this guy and meet his family – I wonder if his mum and dad look just like mine?’

Steve was planning on putting an appeal out on social media – and was going to watch the Netherlands v Argentina on Friday (Dec 9) to see if he could spot his lookalike in the crowd again.