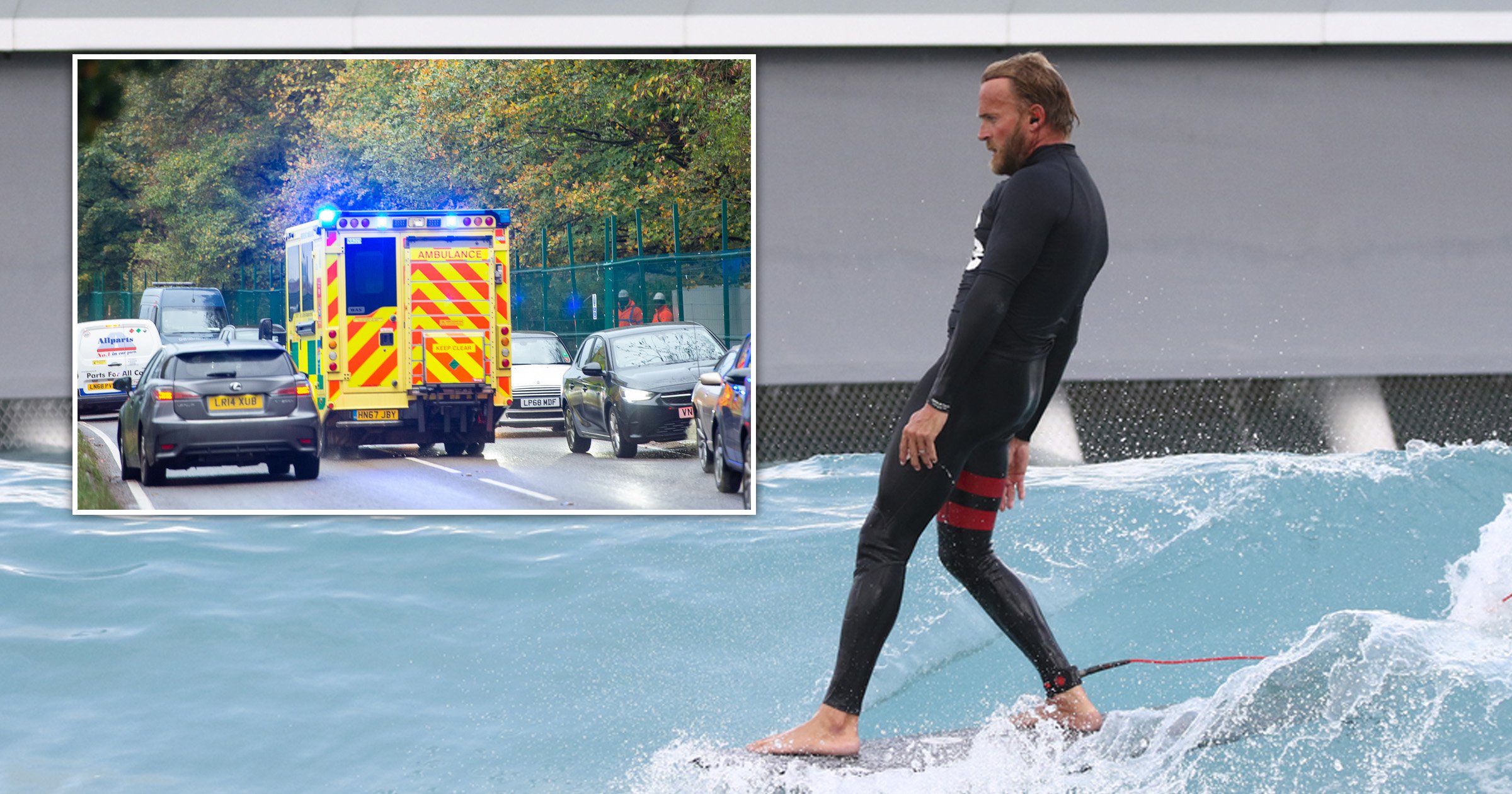 Nick Hounsfield was just 48-years-old when he suffered a stroke while playing hockey.

A GP involved in the game knew what was happening immediately and that every second was precious – but the ambulance didn’t show up.

By the time his wife drove him to hospital, the blood clot on his brain had worsened and eight more strokes followed, leaving him needing to relearn how to speak, read and write.

Now he fears the same could happen to others after it was revealed the average waiting time for stroke 999 calls is nearly 54 minutes, dangerously far above the 18 minute target.

Data released by NHS England shows waiting times across the board are the worst they’ve been since the data was first collected in April 2018 as Covid-19 continues to stretch resources to breaking point.

Even targets for the most serious calls, which are supposed to be responded to within seven minutes, are being missed.

With the ambulance service struggling to keep up with rising demand and winter looming, Nick fears crucial time will be lost for other people who end up in the situation he did.

Recounting his own experience, which happened in Bristol in February 2020, he said: ‘We were waiting for an ambulance that didn’t come so my wife decided to take it in her own hands and drive me to the hospital.

‘We waited for the ambulance for a while and then everyone else everyone around said “look, let’s just get him there, if he has had a stroke then time is incredibly important”.

‘But the downside of doing that is we weren’t taken as seriously because we didn’t arrive in an ambulance.

‘We went through the normal triage and that eventually meant that I wasn’t given the right medication in time.’

The hospital was only ten minutes away but, because of the ambulance delay and alternative transport having to be arranged, it was around an hour until Nick got medication, by which time it did more harm than good and caused further blockages in his brain.

While his recovery is going well, Nick still struggles with some tasks, finds himself struggling to speak at the end of a long day and his mental health has suffered – not least with anxiety over the same thing happening again.

Nick declined the opportunity to sue the health service for the delays in his treatment, deciding ‘the system is stretched and doesn’t have enough money so that isn’t going to help’.

But he added: ‘It is quite galling to know that more than a year later waiting times are rising, that it’s still not good enough.

‘I’m lucky that I was young enough to bounce back but I know now loads of stroke survivors who are not as lucky as I am.’

Charlotte Nicholls, head of policy at the Stroke Association warned 1.9 million brain cells can die every minute a stroke is left untreated.

She added: ‘Paramedics should aim to respond to a suspected stroke in 18 minutes.

‘We are gravely worried about the impact this is having on people experiencing a stroke and we are now hearing from people who missed treatment, that would have reduced the disability they’re now left with.’

Commenting on the waiting times data, Richard Webber of the College of Paramedics told the BBC that his colleagues ‘have never before experienced anything like this at this time of the year’.

He added: ‘Every day services are holding hundreds of 999 calls with no-one to send.

‘The ambulance service is simply not providing the levels of service they should – patients are waiting too long and that is putting them at risk.’

Professor Stephen Powis, NHS national medical director said: ‘With the highest number of 999 calls ever answered for a single month, the busiest October on record for major A&E, and the rollout of boosters as part of the successful NHS vaccination programme, there is no doubt pressure on the health service remains incredibly high.’

While the figures only cover England, problems elsewhere in the UK are well documented.

The Scottish Police Federation revealed officers have driven patients to hospital and the military has been brought in to ease strain on the system in Wales.

Six children taken to hospital after ‘serious incident’ in Sheffield