As myself and nine men who I had never met before climbed into the back of a lorry to get on a ferry from Calais to Dover, I could see nothing but boxes.

We hid amongst them, desperately trying not to be seen.

I was praying to God, reciting prayers from the Quran over and over to myself. I was asking him to help me get across safely, so I could be done with travelling.

We hid in the lorry for the entire night, and then it took several hours the next morning on the ferry before we reached England. It was dark, and I felt totally unsure of my surroundings the whole time.

Just as we were reaching the UK, the driver found us because one of the other travellers was making too much noise. He came out and opened the lorry and kicked us all out.

I was the smallest, so he kicked and punched me and took us to the ferry security who returned us back to Calais and handed me to the French border police.

After months of travelling by every mode of transport imaginable – car, bus, train, plane – from Afghanistan, this felt like the lowest point in my life. I was so close to finding sanctuary but was turned around at the last minute.

I could never have imagined how fortunate my life would be after eventually getting to the UK – but it was no easy ride.

I grew up in Nangarhar, Afghanistan in the ashes of war – with fear and poverty all around me. I watched my dad work relentlessly day in, day out to put food on the table but with a wife and seven children, it was never enough. 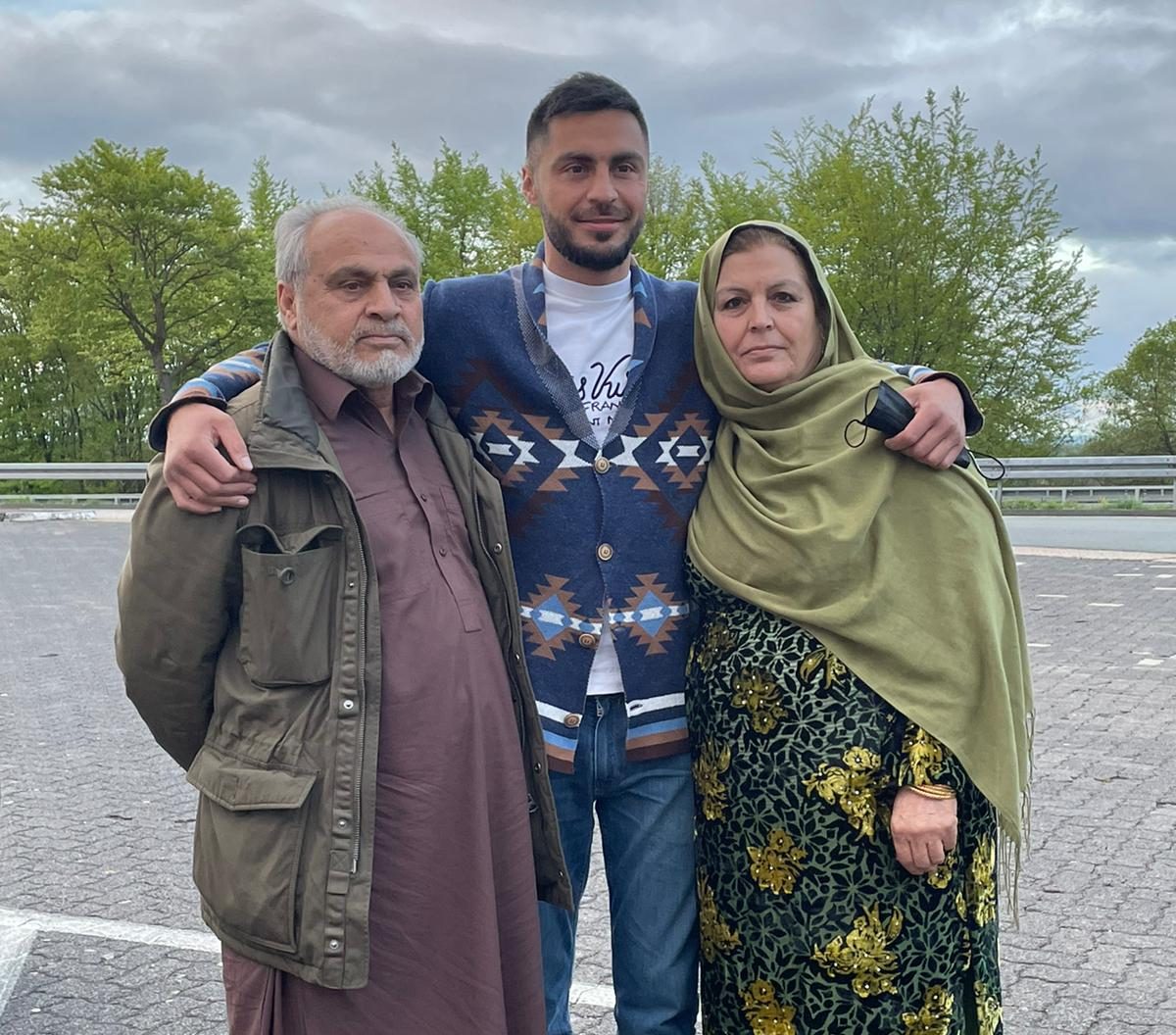 He talked of leaving and going to England but couldn’t leave me, my mother, two sisters and four brothers alone. I wasn’t old enough to protect them, but I felt like I was old enough to work as I was the eldest.

So at the age of 12 and in December 1999, I knew that the only way to create a better life for my family was to leave and go to the UK. This was heartbreaking for my parents, but I was so determined and they knew they had to let me go.

When I first left home, the plan was to reach London at all costs and the people from my village promised me that it was going to be a smooth ride, that I would be comfortable, but it was the opposite.

I was guided and taken from place to place by people who were paid. Sometimes I was by myself but usually I was with different groups. It always changed though so I never got to know anyone, everyone wanted to get to Europe.

I had $100 (£71), which was given to me by my uncle, and I safeguarded that with my life because that’s all I had. I felt brave and had to be strong for myself and my family.

I hated every minute of that journey.

My feet and body ached constantly, I was always hungry and never knew when I would get to eat next. But turning back was never an option.

We travelled through Eastern Europe; I hated the way things were so dull and depressing and I couldn’t understand the language. Every day was hard because it was all so unknown and uncertain.

After four months of travelling and one frustrating, unsuccessful attempt at the ferry crossing, I found myself in a cold and lonely police cell where I stayed for two days before being moved to accommodation for minors in Lille.

There was no space, so we had to sleep in the corridor all squashed up. Imagine a corridor full of young boys that hadn’t seen a shower for months – that smell stays with you. I stayed there for a week before I was told by one of the others in the group to go to the train station.

I waited there for hours, until eventually the same smuggler from before met me and took me back to the lorry for the ferry crossing. I was trembling this time as we climbed into it; the thought of getting turned around again was unbearable.

This time, however, we made it all the way. After four months of travelling, I had finally arrived in the UK.

For years, I had heard my dad say so many good things about England and in particular, London. He always told me that I could get an education and said if I got a degree, I could work anywhere in the world.

It may sound strange, but I felt like I was home. No more travelling. This is it, I thought, this is where my future is. It felt so good.

From the ferry, we stayed hidden in the lorry until it reached Ashford in Kent where we managed to get off. The police came to get us and took us to Dover police station.

We waited there for eight hours before the social worker came. She explained to us all about applying for asylum and got me a solicitor. She was furious with the police and shouted at them for the way they were holding us all.

But I didn’t mind because I slept like a baby for seven hours. They gave us food and I didn’t even eat it because I was so exhausted. I slept on a plastic mattress and it was the best sleep I’ve ever had.

Then she did our paperwork, and they took us to Swattenden Centre in Kent. I was so desperate to speak to my parents, I had kept their number with me the whole time, scribbled on a piece of paper.

The social worker arranged a translator and he arranged for me to call them. They never imagined it would take so long so assumed I was dead. You can imagine how happy they were to hear from me – my mum was crying so much she couldn’t speak.

I stayed at Swattenden for a few months with other people just like me, from so many different countries. We all slept in one room, it was a bit like an army barracks.

Life there was good. They took us on day trips to Brighton, helped us to learn English and to integrate into society.

It was a crucial stage in my life. I made some friends during that time, but sadly we all lost touch once I left.

After that, social services moved me to London into social care housing, where I was finally able to go to school, but it was a lot harder than I thought it would be.

Kids can be very cruel, especially if you can’t speak the language, dress, act or look like them. They treat you like an outsider.

Fighting is in my blood; where I’m from, you have to fight to survive so it came naturally to me.

Before long I became British champion in 2006, which was incredible, but I needed to make money. So, in 2008 I started as an amateur boxer, then in 2015 turned pro.

My friends and people at work told me I didn’t have enough experience and I wasn’t good enough and would lose my first fight. I have had 16 fights and only lost one so far.

Boxing is everything for me, I love the adrenaline, the preparation and the lifestyle it has created for me. Of course, I also love winning. Everything I have in life; I have through boxing.

When I first moved to London, I started giving out leaflets for restaurants. I could see people working inside the restaurants and was always asking if I could do that instead.

Eventually, they let me work there doing dishes three days a week from the age of 13. This is definitely where my love for food and the excitement of a kitchen started.

Money has consistently been a huge motivator for me; it’s the reason I left my family. Swattenden gave us £5 a week, and I saved every penny. I also got a paper round and earned enough to get a bike, which was the first thing I ever bought myself – £120 from a bike shop in Beckenham.

The rest of my money I would save up and send back to my family. Eventually, they were also able to leave Afghanistan and live happy lives in Germany and The Netherlands. I know this would not have been possible if I hadn’t left when I did.

We met up last year during the short period when we were actually allowed to travel. It feels so good to be all together, happy and healthy.

We look back on how far we’ve come and can be proud of ourselves. We got out and we have made good lives for our families and future families.

This summer, I open EGGOLAND, an egg-based restaurant in Fitzrovia. This is a milestone in my life and will be a celebration of everything I have overcome.

I want my restaurant to stand as a symbol for other young people who come from hardship. I chose to put myself on a good path and have worked hard to be here.

I promised my parents when I left that I wouldn’t let them down, so I felt I always had to keep my word. We need to encourage people that arrive in the UK and help them to choose the correct path.

Think of it as an investment, help them with food, housing and education and watch them shine.

The attitude of the government needs to change. If it wasn’t for war and poverty in my country, do you think my parents would have let me leave? Do you think I would want to leave?

We do it because of desperation. People need to think about this before they judge others. 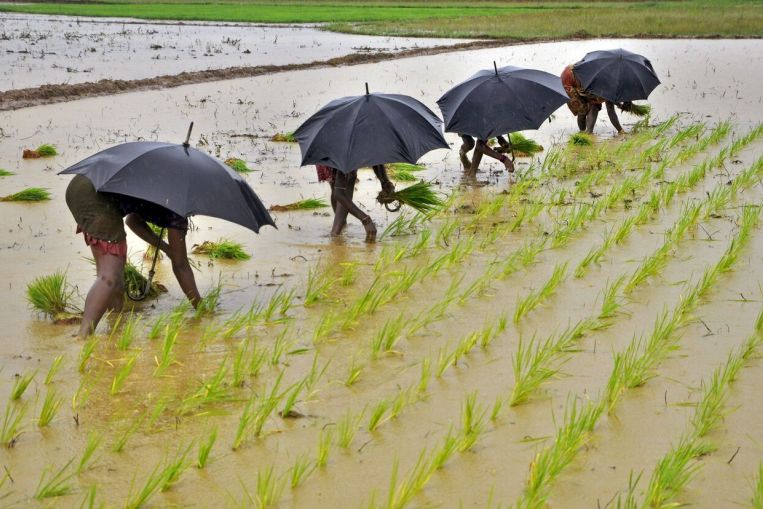