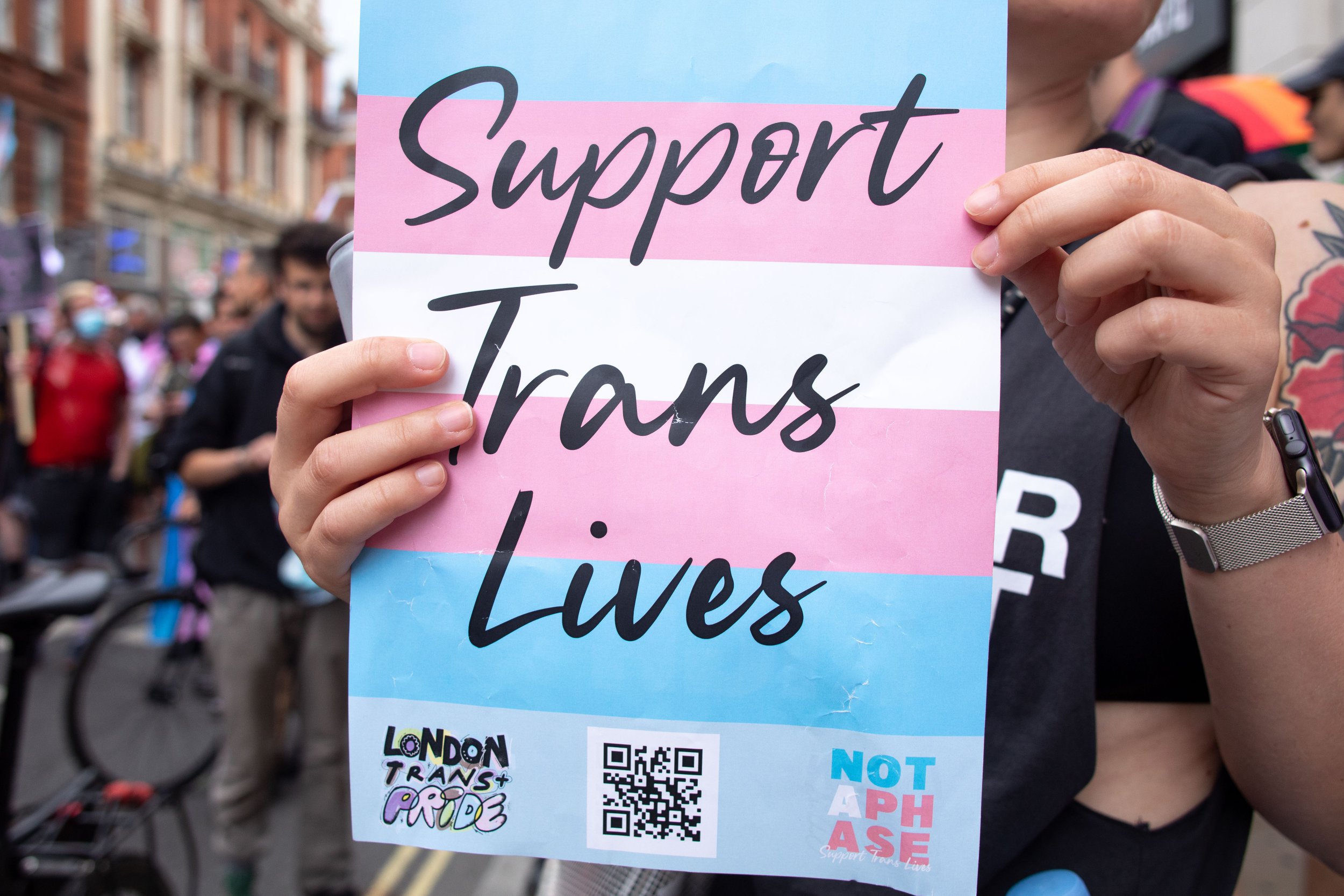 I have a bittersweet relationship with memories of my school days.

While I always did quite well in my studies and enjoyed it for the most part, I was also repeatedly targeted for being seen as an effeminate boy.

I was around six years old when I was first called a ‘pansy’ by another pupil. This later evolved into more demeaning name-calling like ‘sissy’ and ‘f*g’.

As I grew older it only escalated, to the point of me avoiding locker rooms, bathrooms or other gendered spaces to avoid verbal and physical harassment and abuse.

At the time, there was no framework on how to deal with bullying of this kind. The teachers simply didn’t have the resources or the knowledge on why this type of behaviour was wrong, and how they could combat it.

Back then, it was pretty much deemed ‘normal’ and staff didn’t really bat an eye about it if they overheard and saw it happen.

In the past few years there has been a lot of talk about guidance or policies about transgender pupils in schools in the UK. While most of the discussions have been positive and focused on the importance of creating a safer and inclusive environment for trans pupils, not all of them have been.

In 2018, a group calling itself ‘Transgender Trend’ released a document ‘schools resource pack’, which was condemned by national LGBT+ charity Stonewall, and said it was a ‘deeply damaging document, packed with factually inaccurate content’. After reading it at the time, I’m inclined to agree.

It questioned trans experiences and downplayed the importance of being affirming and understanding of their feelings and identity.

I don’t know if this document is still being bandied around today, but I’d suggest any school staff that come across it bins it immediately.

The name itself is a dead giveaway that content produced by them isn’t going to be about trans inclusion and support – as the term ‘trend’ has historically been used to diminish young people coming out as gay, lesbian, bisexual or trans, by claiming it’s a ‘phase’.

This deeply homophobic and transphobic rhetoric is something that haunted my childhood, as my queerness was seen as a ‘fad’. People in society and my peers at school claimed that me and my friends were being ‘recruited’ when we sought help from support groups in our local area. These were the only places we were able to go to, where our sexuality or gender identity wasn’t poked fun at or brushed aside.

No one wants kids to suffer, and it’s important that we address these issues and tackle them effectively

This sort of ridicule is at the heart of bullying in schools, where young LGBT+ people, and in particular young trans people, face heightened levels of abuse.

A 2017 report from Stonewall UK showed that 64% of trans pupils experience bullying at school, with nearly one in 10 of those pupils receiving death threats for being trans.

Research done earlier this year by LGBT+ young people’s charity Just Like Us showed that young LGBT+ people are twice as likely to experience depression, anxiety and panic attacks. It showed that transgender pupils in particular are vulnerable to developing anxiety disorders and experiencing panic attacks.

It’s clear to anyone who reviews the facts that we are failing our LGBT+ pupils in this country, and in particular our trans pupils.

As someone who grew up knowing I was trans, unable to fully articulate or do anything about it, a comprehensive guidance and representation at school would have undoubtedly changed my life. The policy proposed in Scotland earlier this month is an excellent guidance that doesn’t question trans people’s experiences but accepts them as an aspect of life that deserves respect and recognition.

Having something like that when I was growing up wouldn’t only have meant I knew I was safer at school, but it would mean that the staff had been able to deal with these issues more confidently.

I wouldn’t have had to hide who I was, or be too scared to participate in activities at school out of fear I’d be teased for the way I spoke, the way I moved or how I was.

It wasn’t until I was 17 that I mustered the courage to come out to a school councillor, and I was incredibly lucky that she was accepting and understanding. She helped me take those first steps in coming out, including supporting me with dealing with administration within the school – such as having my new name called out at registration and using it when handing in assignments.

She gave me the confidence to be able to take those advances, and aided me every step of the way. Not once did she question my experiences or try to diminish them. She simply listened to my needs and assisted in doing what was best for me, at my own speed.

Supporting trans pupils at school isn’t just about eradicating bullying or knowing how to deal with it, but it’s about creating equal opportunities for pupils to succeed while learning and enjoy it. If trans students are bullied and not understood by their peers and staff, their experience in the classroom and beyond will be incredibly negative and anxiety inducing. It’s a no-brainer.

Bullying prevents them from participating in school activities, makes them unable to focus on their learning and creates broken and traumatised individuals. No one wants kids to suffer, and it’s important that we address these issues and tackle them effectively.

Trans pupils need to know they are secure from harm at their place of study and that their gender identity is respected and celebrated. If schools want to create an environment where everyone is allowed to blossom and maximise their chances of succeeding, it needs to be inclusive, respectful and clear in their policies.

They need to make sure that trans children and teenagers don’t wake up in the morning like I once did, feeling sick with anxiety, because they are afraid of what might happen to them before, during or after classes.

We as a society need to be able to put aside our personal opinions or worst case scenario what-ifs and look at the evidence that’s in front of us.

Adopting assertive guidance for staff is the only meaningful way forward, to ensure that every child in this country can go to school feeling safe and supported.