Hollie Dance’s pledge came as she and the boy’s father, Paul Battersbee, wait for the High Court to respond to their appeal for Archie to be moved to a hospice after the European Court of Human Rights (ECHR) yesterday refused to intervene in the decision to withdraw his treatment.

Following the ECHR’s ruling, the family were given until 9am today to launch a legal bid to move the child to a hospice.

Mrs Dance said: “If Archie is denied oxygen if and when life-support is removed, I will continue to give him oxygen.

“I pray that the High Court will do the right thing. If they refuse permission for us to take him to a hospice and for him to receive palliative oxygen it will simply be inhumane and nothing about Archie’s ‘dignity’.

“The whole system has been stacked against us. Reform must now come through Charlie’s Law so that no parents have to go through this.

“We will fight to end for Archie’s right to live.”

A spokesman for the Christian Legal Centre – the campaign group supporting the family – told The Sun that giving her son mouth-to-mouth “may be what Hollie has to resort to”.

Archie has relied on life-supporting treatment since April 7, when his mother found him unconscious at their home in Southend-on-Sea, Essex. 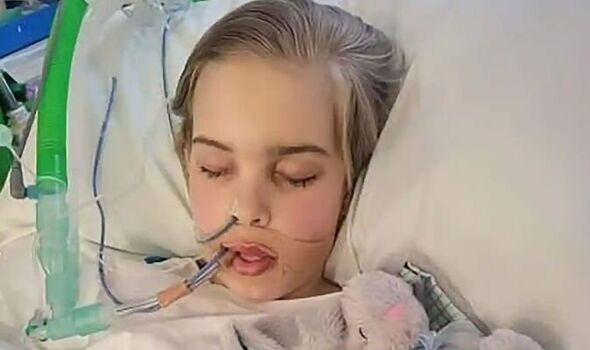 Ms Dance believes he was taking part in an online challenge at the time.

He has not regained consciousness since.

Ms Dance said she was desperate to take her son to a hospice so the family could enjoy his final hours and days in peace and he could slip away “with dignity”.

She said: “There’s absolutely no privacy, which is why, again, the courts keep going on about this dignified death – why aren’t we allowed to take our child to a hospice and spend his last moments, his last days together privately? Why is the hospital obstructing it?”

Asked if they feel the hospital will agree to let them move Archie to a hospice, Ms Dance said: “I don’t think that they will, I think they will do everything they can to stop that.” 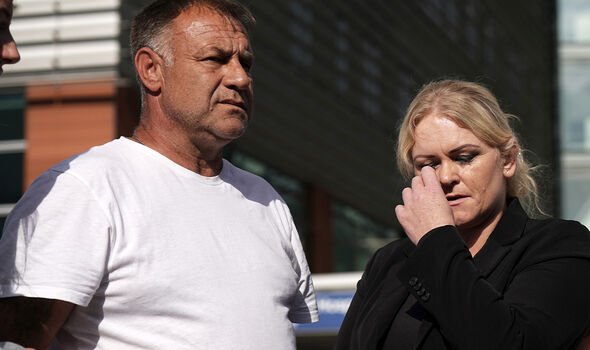 Barts NHS Health Trust, which runs the Royal London Hospital where Archie has been cared for since he became ill, said the intensive care team will continue to care for the youngster while there are outstanding legal issues to be resolved.

However, it also said it will oppose the bid to transfer Archie to a hospice, arguing he is in such an unstable condition that there is “considerable risk” in moving him even a short distance.

The trust’s legal team will tell the High Court that transferring the youngster by ambulance to a completely different setting would “most likely hasten the premature deterioration the family wish to avoid”, even with full intensive care equipment and staff on the journey.

But a family spokeswoman said a hospice has agreed to take him, adding: “Hospices are well and truly designed for palliative and respite care.

“Archie is now obviously on palliative care so there is no reason whatsoever for him not to take his last moments at a hospice.”

They added: “We think it is completely barbaric and absolutely disgusting that we’re not even allowed to choose where Archie takes his last moments.”

Ms Dance yesterday said she had received offers to care for her son from health providers in two other countries – Japan and Italy. She also said Archie had had a “stable night again”.

She said: “We seem to be so behind in our medical stuff over here – it’s just very sort of straightforward, you know.

“Other countries are offering treatment. They said he is a prime candidate for treatment because he’s only 12 years old.”

The family’s application to the ECHR, which Ms Dance described as “the last thing” that had given them hope, did not seek for the court to rule whether or not withdrawing treatment is in Archie’s best interests but asked for his rights to be recognised under the UN Convention on the Rights of Persons with Disabilities.

The ECHR said in a press release yesterday it had decided “not to indicate interim measures in the case” and declared “the applicants’ complaints inadmissible”.

It added that, “having regard to all the material in its possession”, it would “not deal with any application that is substantially the same as a matter that has already been submitted to another procedure of international investigation or settlement”.

Attorney General Suella Braverman said the case was an “incredibly heartbreaking situation” yet insisted parents had sufficient legal rights and the courts would have looked at the issues “incredibly thoroughly”.

Alistair Chesser, chief medical officer for Barts Health NHS Trust, said: “As directed by the courts, we will work with the family to prepare for the withdrawal of treatment, but we will make no changes to Archie’s care until the outstanding legal issues are resolved.”

Boris Johnson lapel pin: What does the green ‘M’ pin on the PM’s jacket mean?