When I arrived in the UK in 2017, I hoped to return to Turkey sooner or later.

But I was in trouble with the Turkish Government for reporting and sharing news on social media.

As a journalist, flying to the UK was a desperate decision to avoid arrest, prosecution, war and all the nightmares temporarily.

Shortly after arriving here, I woke up one day to the news in the media that my flat in Istanbul was raided by the police.

It was a hard day for me to accept that I had no choice but to claim asylum.

Growing up in Turkey as a Kurdish girl was very difficult.

Girls in my village did not have a proper childhood. Instead, they had to struggle for their rights. You have to fight for everything, and it becomes your default strategy to survive.

Being the curious child that I was, I used to sit in the garden and think about life – the ongoing conflicts we witnessed (including schools being shut down and curfews enforced), gender inequality, chaos – and tried to imagine a normal life beyond the borders of my village.

In my head, I was trying to make sense of why these things happened to us. Why every day we were surrounded with sad news – such as people going missing, conflicts, and tensions everywhere.

Then I began to see the differences and understood the rules that discriminated against me. When I turned seven, I was excited to go to school like other children. It broke my heart to learn that I could not go because of the conflict. 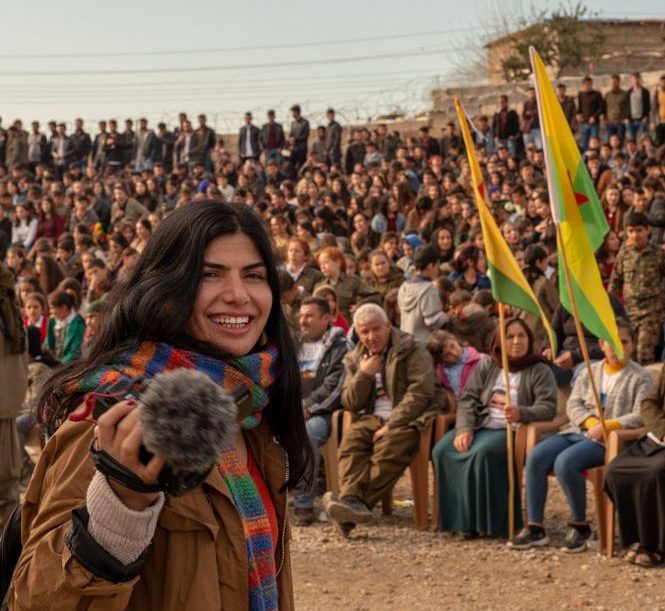 This is due to the Turkish Government’s efforts not to recognise Kurds. At the time, there was conflict between Kurdish forces and the Turkish Government. Essentially, the government denied Kurds their rights and started to oppress us for years – it utilised genocide, assimilation, imprisonment and torture.

I know people talk about discrimination all the time, but back in the 1990s, the trauma of growing up as a Kurdish girl was truly horrendous. Nevertheless, I had hopes and dreams – I knew change existed, and I wanted it.

There was a power inside me, which pushed me further. It reminded me that I had a mission, and that the chaotic environment was not my destiny.

I think Kurdish people are one of the most persecuted minorities of our time. Every day is a new battle. I even struggled to register my Kurdish name with the government in Turkey due to the discrimination Kurds face.

I managed to enrol in long distance education when I was 15. I would receive books, study alone, and take the exams at the end of the year.

Denied access to education, I taught myself to read and fought my way through the educational system. I felt that no one believed in me, nor believed that one day I would study at one of the best universities in Istanbul without any formal education.

Finally, I graduated in Political Science and International Relations.

Later, I started campaigning for minority rights and women’s rights while working with a women’s rights organisation and focusing on language, as my language was banned.

After the coup attempt in Turkey in 2016, journalism became more difficult. The government arrested many journalists, issued court cases against us, and shut down over dozens of media outlets.

I did not choose to be born in a place under conflict, or to become a refugee, or leave my country and my loved ones behind

It was after I was released and I was awaiting my court case date that I decided to flee to the UK in 2017. I had been to the UK a few times before, so arriving this latest time wasn’t a completely daunting experience.

Two months later, I found myself with no choice but to apply for asylum. I learnt that my passport had been cancelled and knew it was not safe to go back anyway.

Luckily, I got permission to stay in the UK within a few months, but it did not make all challenges disappear. Building a new life and network in a new language and in a foreign country was harder than I ever imagined.

For me, being labelled as a refugee was like losing all my strength and hope. It was a stigma that led to even more discrimination. I saw that people did not know how to react to me, either with fear or pity.

Still, although I was tired, I did keep fighting. I am now working as a journalist again. I have been focusing on humanitarian crises, war, conflict, genocide, human rights, and minority rights in the UK, focusing mostly on refugees.

I believe in stories. As human beings, we all have stories, and they help us to be heard and to be known. Now I realise that, somehow, I tell my story through the stories of others.

I understand it is not easy to talk about ourselves and our pain – especially in a culture that does not recognise and value us, and therefore our stories are not worth telling.

But I want to break this assumption, I did not choose to be born in a place under conflict, or to become a refugee, or leave my country and my loved ones behind.

I wish I could go back home. But many exiled people – not just me – are hopeless and nothing is clear about what will happen next in Turkey or in the Middle East.

Now, though, I want other refugees to know that they are not alone in their journey, and the light at the end of the tunnel is real.

Zozan is an Ambassador for Refugee Week, a festival celebrating the achievements of refugees through art, culture and sport. You can find more information here

Royal shock: How Harry told ‘King’ William ‘he can do what he wants’ in surprise outburst