The Bank of England declared this week that the UK economy is on the road to recovery after a turbulent year. The central bank said Britain’s economy is recovering from the coronavirus recession faster than expected as the vaccine rollout continues. Governor Andrew Bailey and his colleagues look set to raise its growth forecasts for the UK when it publishes its latest monetary policy report on Thursday. Nevertheless, with many losing their jobs over the last 12 months, the Government has been pressured to provide strong support.

The SNP’s Westminster leader made an especially strong demand, as Ian Blackford called for £100billion in stimulus funding.

In February he said: “That means a major fiscal stimulus of at least £98 billion – the equivalent of 5% of GDP – to protect people’s livelihoods and lay the foundations of an investment-led recovery.

“UK unemployment has risen to 5 percent, redundancies are at a record high, and there are over 800,000 fewer people in work. 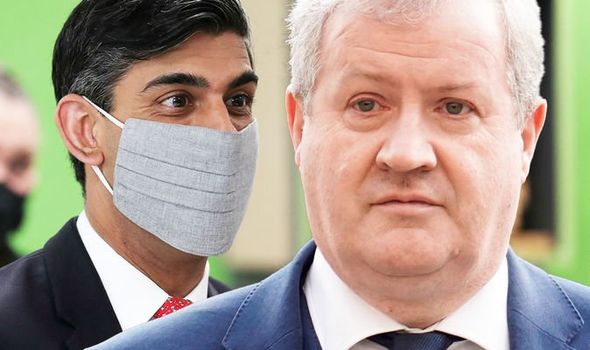 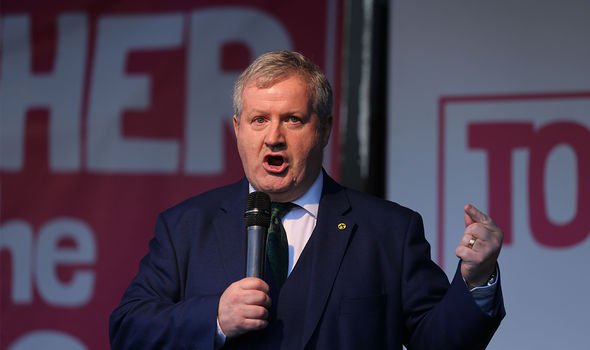 “We must not have a repeat of the Thatcher years – when the Tories left people on the scrapheap and caused lasting scars on our communities by failing to act.”

The Treasury responded to his comments, saying: “The UK Government has protected nearly a million jobs and thousands of businesses in Scotland since the start of the pandemic.

“And just this week the Treasury provided the Scottish Government with an additional £1.1 billion, enabling them to support people, businesses and public services affected by coronavirus.

“At the Budget the Chancellor will set out the next stage of our plan to protect and create jobs in all corners of the UK.”

In October, the SNP chief and Scottish First Minister Nicola Sturgeon branded Mr Sunak’s approach to Scotland “intolerable” and unacceptable” after he announced new grants for businesses and an extension of the job support scheme, but didn’t hand Scotland any cash upfront.

She added that the Chancellor’s plans were “deeply unfair to Scottish businesses who deserve the same open-ended commitment given to counterparts in England”. 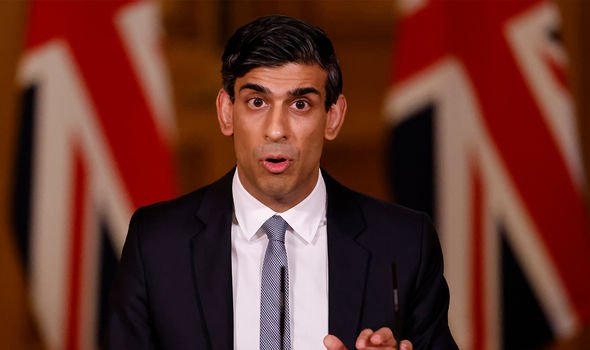 Ms Sturgeon said: “The Chancellor has told the Scottish Government that today’s announcements won’t deliver any upfront extra cash for Scotland beyond the (welcome) £700m announced recently – and he won’t confirm the range of extra spending (beyond business support) that it’s expected to pay for or for how long.

“Businesses in England have been given, rightly, an open-ended commitment to support for as long as needed.

“And the Scottish Government will be expected to match that for Scottish businesses, with no confirmation that the money will be there to pay for it (& no borrowing powers to raise it).

“It is an intolerable and unacceptable position – and deeply unfair to Scottish businesses who deserve the same open-ended commitment given to counterparts in England.”

She said: “The Chancellor’s written a blank cheque for business support grants in England, but refuses to do the same for Scotland. 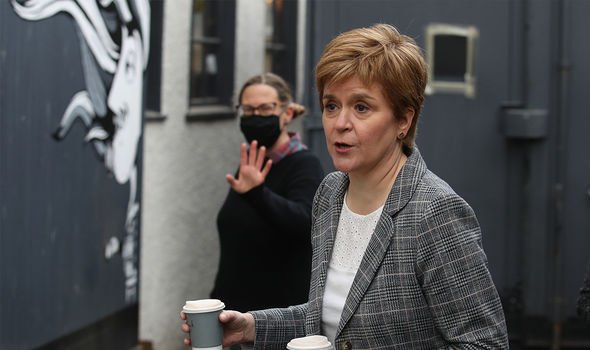 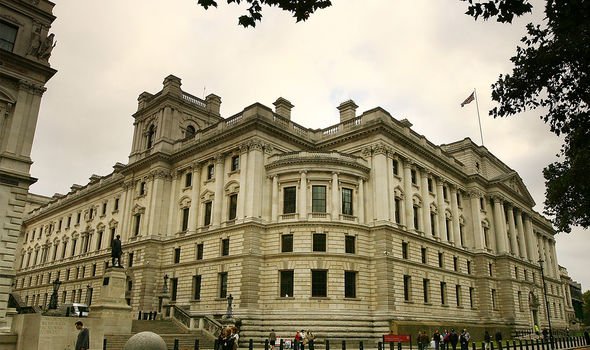 “We are being kept in the dark on future funding and denied the ability to borrow if we need to – and it is utterly wrong for Scottish business to not have the same level of certainty on financial support that is available to businesses in England.

“That is why it is important that the Scottish Government can respond at pace to business need and I am concerned that the Chancellor made clear today that the recent support to businesses in England will not generate further consequential funding for Scotland.

“The £700m announced two weeks ago, which is meant to cover all our additional funding pressures for the final six months of the year, is clearly insufficient to mitigate the impact on our economy and public services.”