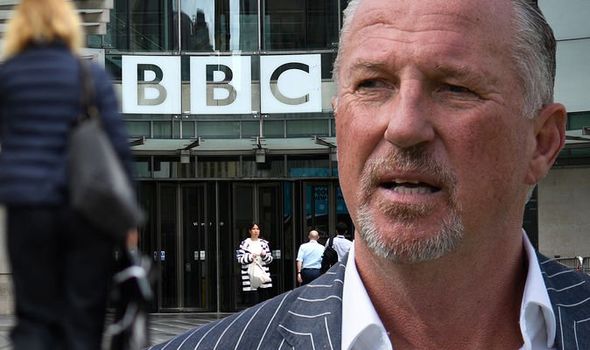 In his biggest battle since his 1981 Ashes heroics Beefy, as he is affectionately known, promised to tackle “institutional bullying” by heavy-handed collectors, saying: “I’m no politician but I’m not afraid to take this issue by the horns”.

Lord Botham, 65, has drafted a letter to BBC director-general Tim Davie and last night begged his colleagues in the Lords for their support.

He told them: “Letters are being sent to individual rooms in care homes. It is also shocking how frail people are receiving demands which explicitly threaten criminal prosecution.

“In my view, this is institutional bullying on a massive scale. I’m no politician but this feels like a real scandal affecting the very frail that needs sorting out.” 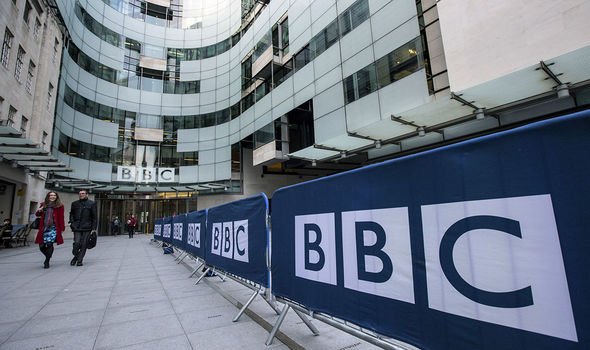 They include decorated Second World War hero Frank Ashleigh, 96, who fought at the Battle of Arnhem in 1944, and said: “The BBC couldn’t care less what I did for my country. It just wants the money. It’s disgusting.”

Lord Botham’s move is likely to garner widespread support from within the Lords and the wider public who are angered at the BBC’s decision to axe the perk during the Covid pandemic, when some of the most vulnerable in Britain rely on the TV for company and information.

But the benefit has one of the worst take-up rates, with many not realising they could qualify even if they have a pension, savings or their own home.

Latest figures show 38 percent of eligible households with someone over 75 do not receive the payment.

Lord Botham’s finest hour came during the 1981 Ashes series when, as captain and during the third test match at Headingley, he smashed an unbeaten 149 to secure an unlikely victory against Australia. He is now hoping to inspire a similar result.

His letter to Mr Davie – who replaced Lord Hall as director-general on September 1 – will be sent to Broadcasting House next week after it has been distributed to each of the 700 members of the upper chamber.

It says: “Much more needs to be done. In particular there should be an explicit pledge TV Licensing will never prosecute anyone over 75.

“There is no moral justification for sending waves of threatening letters to people like Frank Ashleigh who served this country by landing a glider behind enemy lines in Arnhem in 1944. The BBC has many friends who want it to survive but the treatment of the over 75s is undermining that goodwill.

“It is for you to work with [The Department for Digital, Culture, Media and Sport] to resolve your long-term funding but the current situation which is creating so much stress among our oldest citizens is unacceptable. Means testing is no answer for the extremely frail as it creates bureaucracy they cannot cope with.

“This problem was not created by you but it rests with you to help solve it. We would like to hear how you plan to tackle this problem before public outrage grows further.”

Strictly Come Dancing icon Len Goodman is another national treasure campaigning against the tax and blasted the BBC – his former employers – for making OAPs pay.

Straight-talking Age UK ambassador Len, 76, said: “When you see the billions and billions being doshed out to help during Covid I don’t understand why it has been taken away from them. Millions of OAPs rely on their TVs and many will go without food or heating to pay the licence fee. The older generation have given so much to this country and they should be treated with respect, but I don’t think they are. We should never forget them or the contribution they have made.”

It is thought one million pensioners are refusing to pay the licence fee, meaning the BBC could be losing out on £188million a year.

The fee is set by the Government and will rise in line with inflation until 2022.

The new charge is equal to 43p a day, according to the BBC.

Dennis Reed, of campaign group Silver Voices, described the increase as a “slap in the face for all senior citizens”.

A TV Licensing spokesman said: “Over the last six months we have sent two reminders explaining the steps customers need to take and reassuring them that they have plenty of time to get set up. Around 80 percent of over-75 households have now transitioned to the new system, including those in receipt of Pension Credit who are eligible for a free licence funded by the BBC. We continue to process applications, we’re giving people plenty of time to get set-up, the process is Covid-secure and we have a range of measures to support people, including payment plans.”