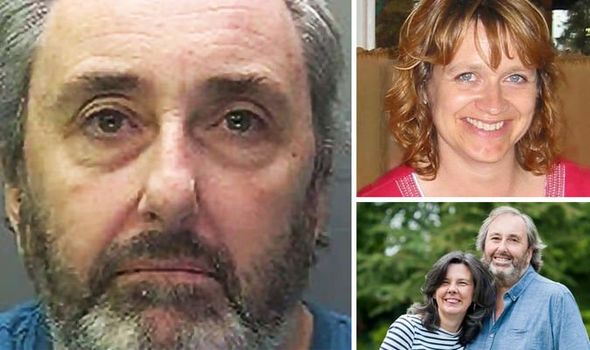 A jury  found the 61-year-old man guilty of killing Diane Stewart in 2010, six years before he went on to kill his fiancee Helen Bailey at their home in Hertfordshire.

Mrs Stewart who died at their family home in Bassingbourn, Cambridgeshire, on 25 June 2010.

At the time an inquest gave the 47-year-old’s cause of death as Sudden Death in Epilepsy (Sudep).

He told his trial at Huntingdon Law Courts that he found his wife collapsed in the garden when he returned from the supermarket.

He said he tried to revive her, attempted to contact neighbours who were a doctor and nurse, tried again to revive his wife, and then called 999.

Her death was not treated as suspicious at the time and although a post-mortem was carried out, it was not a forensic post-mortem.