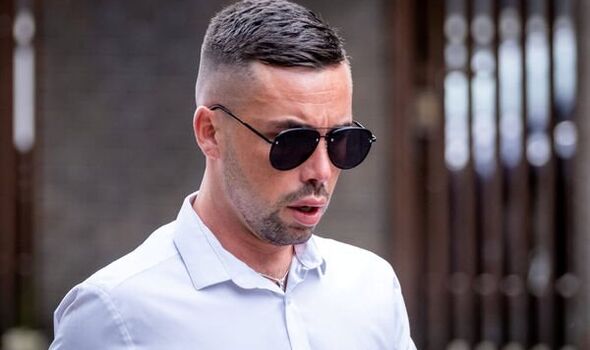 Sam Thompson was flying from Poland to London Stansted Airport when he drank Jack Daniel’s from a trolley plus a small bottle of wine, Chelmsford magistrates heard.

Thompson, 26, of Cheshunt, Herts, had admitted performing an aviation function while impaired by drink and was due to be sentenced but was instead sent to the Essex city’s Crown Court on August 31.

Ashley Petchey, prosecuting, said it was an unusual case as there are no sentencing guidelines.

Under the Railways and Transport Safety Act 2003, the offence can lead to a jail term of up to two years, a fine or both. As magistrates’ sentencing powers are limited to 12 months, they agreed to move the case to Crown Court.

Stuart Cranmer, chairman of the bench, said magistrates wanted Thompson, inset, “to gain help,” telling him: “Clearly there will be a punishment element to it.”

Michael Carroll, defending, who had said his client and alcohol are “not the best of friends”, replied: “I am grateful for your words. I’m sure they give some comfort.”

Mr Cranmer extended Thompson’s unconditional bail, telling him he must attend for sentencing and not commit any further offences. Thompson stood and said: “I am not a criminal, Sir.”

Young woman fighting for her life after being shot in London