Terrifying footage shows the moment an impatient BMW driver gets wedged on a level crossing as a speeding train approaches.

Steven Maxwell Lestrange, 67, refused to wait his turn and instead drove onto the tracks as barriers started coming down.

CCTV shows the wealthy insurance broker panic as he fails to make it under the second barrier, leaving him and his passenger trapped in the path of an oncoming train.

The drama unfolded as Lestrange drove across Windmill Lane level crossing in Hertfordshire on March 24.

He desperately tried to reverse while his passenger tried to open the door while the BMW straddled the tracks.

Luckily, a signaller spotted the car and released the barrier to allow Lestrange to clear the crossing before the train speeds past.

Lestrange, who lives on Tolmers Road, Potters Bar, – where houses fetch upwards of £1million – was arrested but denied driving carelessly. 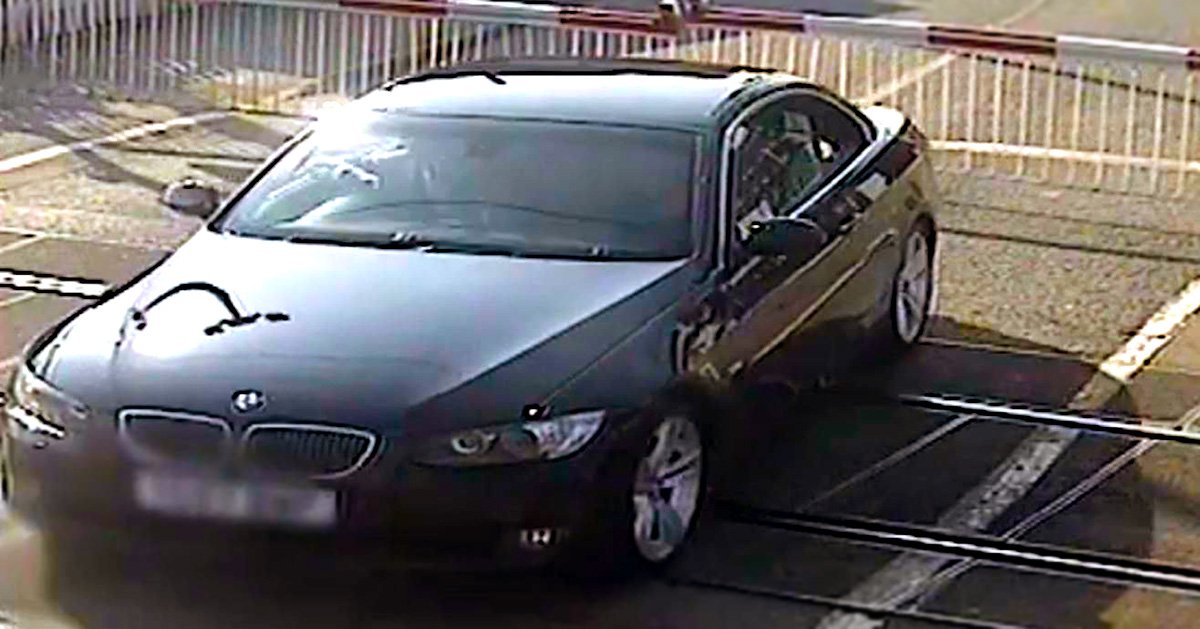 Following a trial at Highbury Magistrates’ Court, he was found guilty of driving without due care and attention.

On Tuesday, a judge ordered him to pay fines totalling £657 and added six points to his driving licence.

Inspector Stephen Webster said: ‘There is simply no excuse for trying to rush through a level crossing, and I hope this footage serves as a stark warning to anyone contemplating doing so.

‘Being slightly late to a Christmas dinner or arriving at your destination a minute or two later is always a better option to putting yourself and railway passengers in grave danger.’