The crown on the Queen’s coffin is an extraordinary piece of jewellery which is the most familiar item in the Crown Jewels – a priceless collection of tens of thousands of gemstones collected over the centuries by British kings and queens. The crown sparkles with nearly 3,000 stones – including 2,868 diamonds, 273 pearls, 17 sapphires, 11 emeralds, and five rubies.

Historian and author of ‘The Crown Jewels’, Anna Keay told BBC: “It can be quite hard to look at sometimes because of the sheer light that comes off them.

She says historically, right back to the Middle Ages, crowns were viewed as expressions of wealth and status.

Made in 1937 for the coronation of the Queen’s father, King George VI, the Imperial State Crown was designed to be lighter, and to fit better, than the crown it replaced – which dated back to Queen Victoria.

However, the stunning Imperial Crown still weighs in at a hefty 2.3lbs (1.06kg). 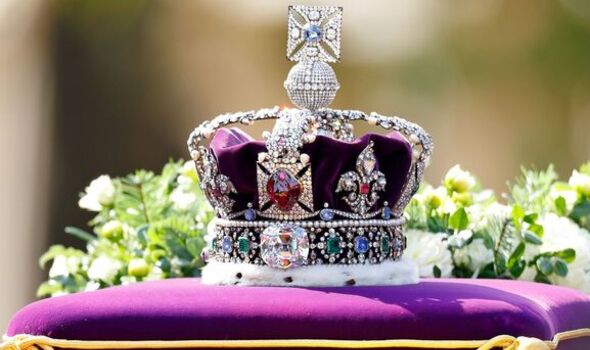 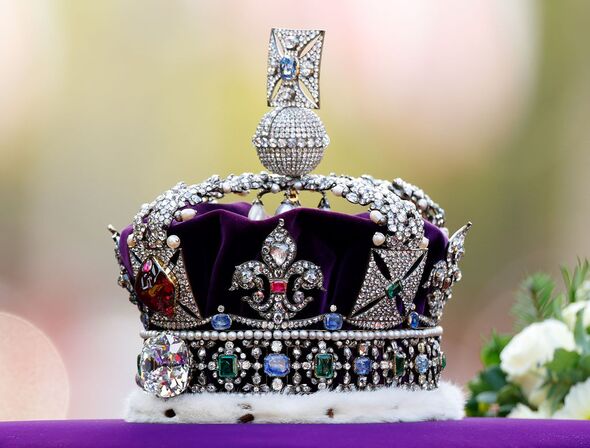 During her reign, Queen Elizabeth II would wear it annually for the State Opening of Parliament – as she sat on a golden throne reading out the Government’s key legislative plans for the year ahead.

The crown includes the oldest gem in the royal collection – a sapphire said to have once been worn in the corination ring by the 11th Century king of England, St Edward the Confessor who died in 1066.

There is also the Black Prince’s Ruby which dates back to 1367. 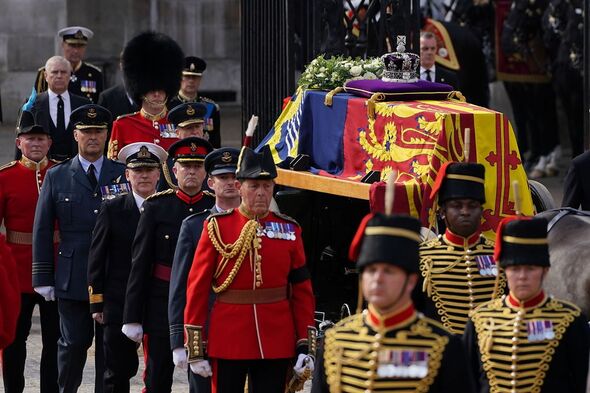 Despite the beauty of the crown, some of the stones within it have caused controversy over their colonial past.

It has a stone cut from the Cullinan Diamond, the largest gem-quality rough diamond ever found, which was mined in the Transvaal Colony in South Africa in 1907. Only last week, the news website The South African speculated as to whether it might be returned.

The present iteration of the Imperial State Crown is relatively young, having been made for the coronation of George VI in 1937, replacing the previous one which had been made for Queen Victoria. 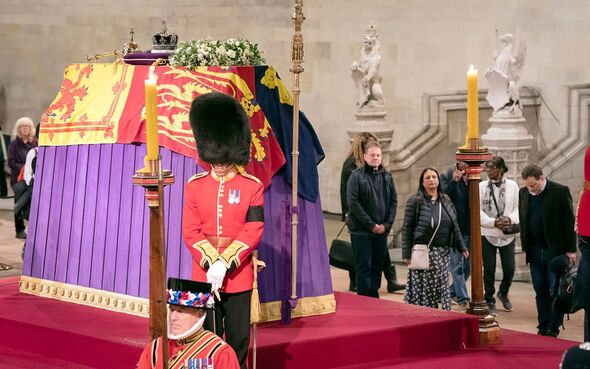 Versions have existed since the 15th century, a long history that was brutally interrupted when the Crown Jewels were largely destroyed or sold by Oliver Cromwell after the execution of Charles I. Cromwell viewed them as vile reminders of “the detestable rule of kings”.

Cut from the largest diamond ever found, it was given to Edward VII on his 66th birthday by the government of the Transvaal – a former British crown colony – in present day South Africa.

Royal titles: Why did Queen make exceptions to strict rules for THESE royals?