Speaking to Express.co.uk, Professor Philip Booth, Senior Academic Fellow at the Institute of Economic Affairs, claimed the “witch hunt” against biased content produced by the BBC is no longer the way to address the corporations’ flaws in a bid to restore impartiality. The Professor of Finance, Public Policy and Ethics at St. Mary’s University argued the broadcasters should become a private subscription service available for Britons in the same way other broadcasters operate in the UK. He said: “I don’t think the BBC actually fulfils the requirements of impartiality.

“I’m not sure whether it has ever done really or indeed whether it’s possible for any broadcaster, with the amount of news and current affairs content that the BBC has, to be impartial.

“Just as every newspaper, whether it be Guardian, Telegraph, Express, Mail, or whatever, has a particular stance, I think broadcasters show their biases in various different ways.

“So rather than trying to somehow get rid of bias within the BBC, which I think would be an impossible job – although it would be, I think, a worthy thing to try to do in relation to news programming – but rather than try to do a witch hunt on bias, I would just rather see a BBC that people could choose to subscribe to, or not subscribe to, depending on their tastes and preferences.” 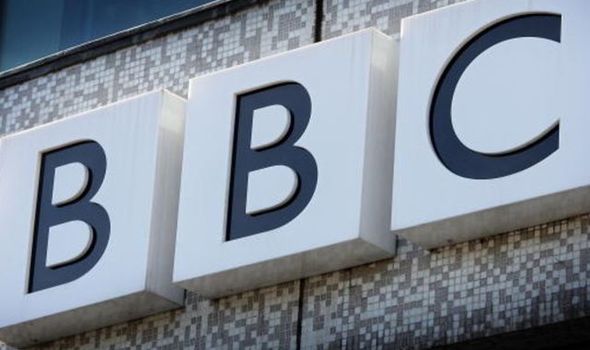 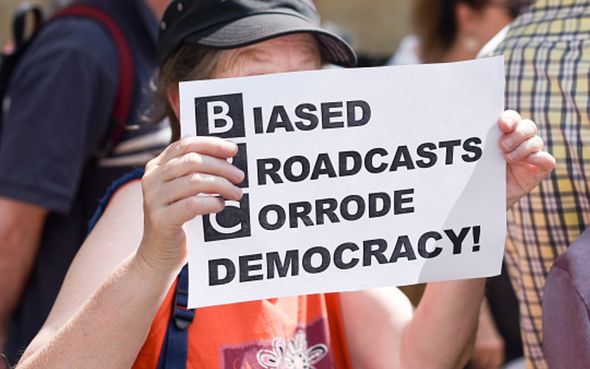 A recent in-depth study of comedy on the BBC has supported concerns that its taxpayer funded programs have become a platform for leftwingers.

The research by the Campaign for Common Sense (CCS) looked at comedy programs on BBC 1, BBC 2 and Radio 4 over November is the latest revelation on BBC bias.

It comes as the Government is considering decriminalising the BBC licence fee amid anger over a perceived lack of balance in its news coverage and many people switching off in favour of online alternatives such as Netflix and Amazon.

The CCS report – A Barrel of Laughs – found that almost three quarters of prime time slots handed over to left-leaning, woke or anti-Brexit comics while minimal space was given to comics who are right leaning.

It is understood that programs looked at included flagship ones such as Have I Got News for You with Ian Hislop and Paul Merton; the Graham Norton Show; Richard Osman’s House of Games Night; and Would I Lie to You with David Mitchell on BBC1.

On BBC2 the controversial Mini Mash Report with Nish Kumar and Mock the Week with Dara O’Briain; while on Radio 4 programs included Just a Minute and the Now Show.

The research, published today, reveals that over the previous month the three channels aired comedy by 141 comedians on 364 different slots on shows.

Of those slots: 268 (74 percent) were given to 99 comedians with publicly pronounced left-leaning, anti-Brexit or ‘woke’ views.

However, only four slots were given to two comedians with explicitly Conservative, pro-Brexit or anti-‘woke’ views.

In response to the findings, the CCS has written to new BBC Director General Tim Davie with a series of recommendations to tackle bias in BBC comedy.

When he took over as director general from Lord Hall this year Mr Davie, it was claimed but later denied that he had identified a problem with comedy on the Corporation and political bias and vowed to overhaul it.

Mark Lehain, CCS director said: “The BBC says that it wants to improve the diversity of output. The reality is our comedy shows are awash with ‘woke’ jokes and there is nothing funny about such flagrant bias.

“Our research reveals prime-time comedy shows are dominated by comedians who broadly share the same outlook and views on politics, Brexit and Britain and simply don’t reflect the wide range of opinions held by the viewers they seek to entertain.

“Creating a diverse BBC doesn’t just mean bringing in new talent from diverse backgrounds or cultures but also those who represent a broad range of outlook and values. Of course comedians with left-wing or anti-Brexit views can be funny and should always be booked but there needs to be a better balance – anti-‘woke’ comedians are funny too and deserve to get a fair share of appearances.

“There are loads of talented comics out there holding small ‘c’ conservative, anti-‘woke’ and pro-Brexit views, the issue is they just aren’t getting booked by the BBC.”

A BBC spokesperson said: “We don’t analyse our comedy by comparing numbers. We judge it on it being funny, how popular it is and whether it reflects a range of different voices and views.”