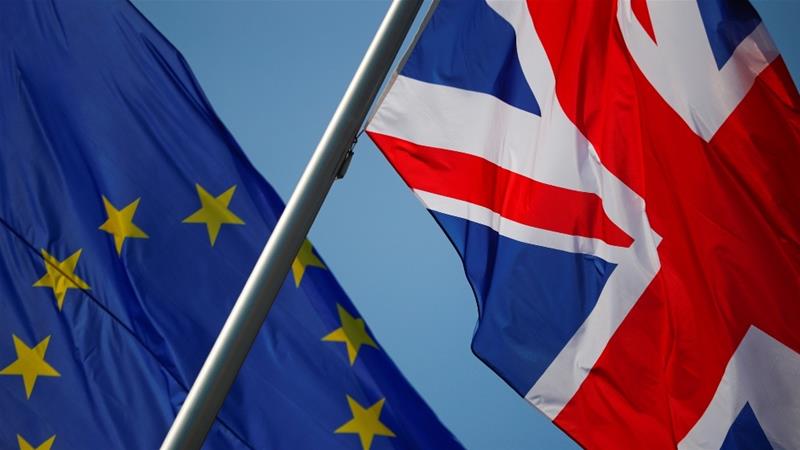 The United Kingdom headed into a fresh round of Brexit trade talks acknowledging it could break international law but only in a “limited way” after reports it may undercut its divorce treaty with the European Union.

As the pound fell sharply on Tuesday on fears of a no-deal exit, the government’s legal department head, Jonathan Jones, quit in disagreement with a plan to overwrite parts of the Withdrawal Agreement treaty signed in January.

The UK left the European Union on January 31 but talks on new trade terms have made little headway as the clock ticks down to an October 15 deadline, and then the end of the status-quo transition arrangement in late December.

As diplomats gauged whether Johnson was blustering or serious about allowing a tumultuous finale to the four-year saga, the UK insisted it would abide by the treaty.

Asked if anything in the proposed legislation potentially breached international legal obligations or arrangements, Northern Ireland minister Brandon Lewis said, “Yes, this does break international law in a very specific and limited way.”

“We are taking the powers to disapply the EU law concept of direct effect required by Article 4 in a certain, very tightly defined circumstance,” he told Parliament.

He added that the government supported the Northern Ireland protocol of the Withdrawal Agreement and there was “clear precedence” for what the UK was planning. 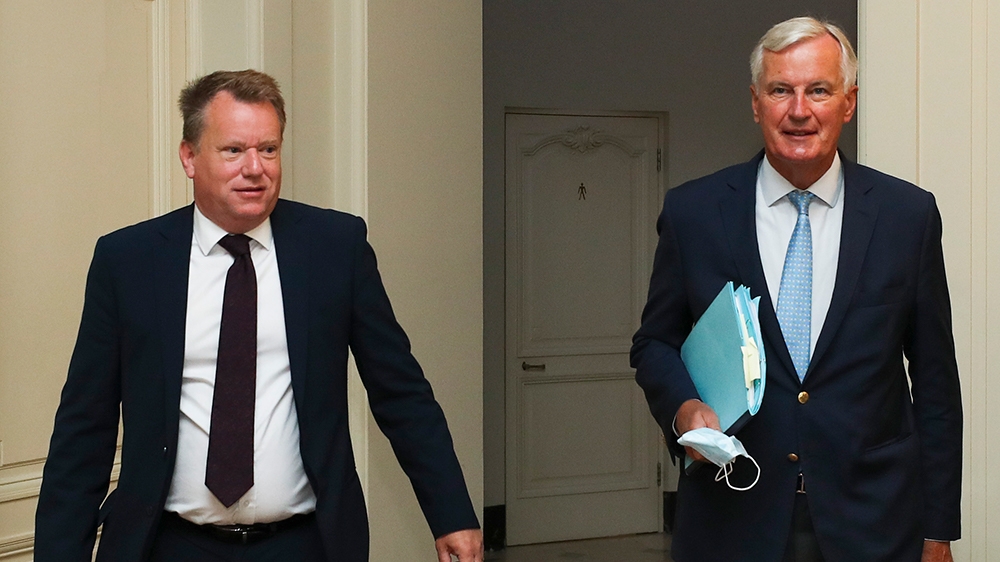 Amid warnings from the EU that if it reneged on the divorce deal there would be no agreement governing the roughly $1 trillion annual trade, former Prime Minister Theresa May said the government risked serious damage to its international image.

“The government is now changing the operation of that agreement,” May, who resigned after her own Brexit deal was repeatedly rejected, told Parliament.

“Given that, how can the government reassure future international partners that the UK can be trusted to abide by the legal obligations of the agreements it signs?” May asked.

The Financial Times said the government’s “very unhappy” legal head Jones walked out in protest against the possible plan to undercut the withdrawal agreement in relation to the protocol for British-ruled Northern Ireland.

The prospect of a messy divorce between the EU’s $16 trillion and the UK’s $3 trillion economies pushed sterling to two-week lows with traders betting there was more volatility to come.

“We need to see more realism from the EU about our status as an independent country,” said David Frost, the UK’s top Brexit negotiator, adding that the UK was ramping up no-deal preparations.

The latest round of negotiations in London are likely to be tough: the UK said the EU has failed to understand it is now independent – especially when it comes to fishing and state aid.

The EU, weary of wrangling, said it needs specifics from London and that the UK cannot make its own rules and have preferential access to its markets.

“A disorderly Brexit would not be good for Europe, it would be a real disaster for Britain and its citizens,” German Finance Minister Olaf Scholz told Reuters.

British officials say they can make do with an Australia-style arrangement. Australia is negotiating a free trade deal with the EU to improve its market access, but for now, largely trades with the bloc on World Trade Organization terms.

Women will bear the brunt of Brexit costs in the UK, report says