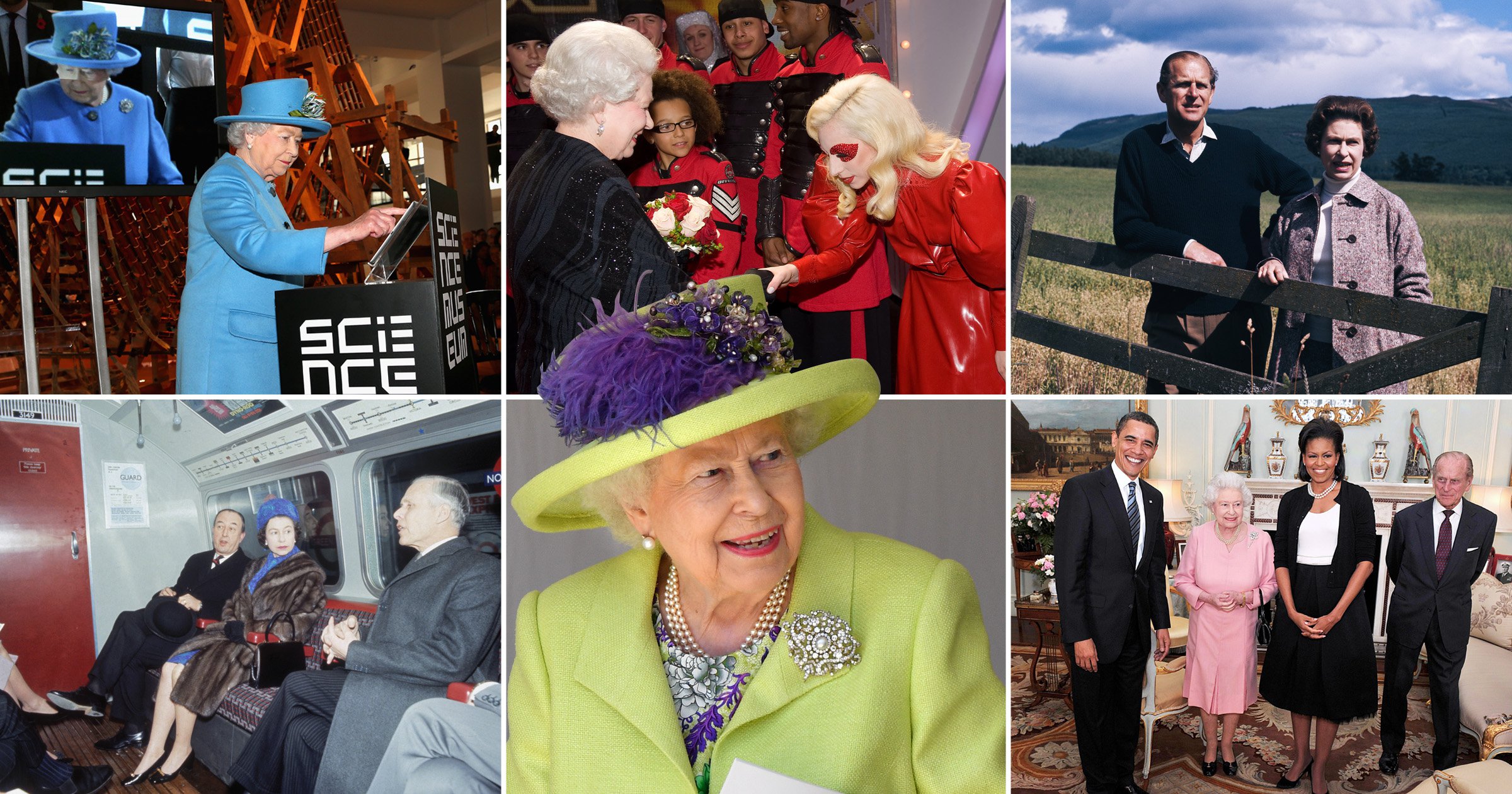 Queen Elizabeth II enjoyed a long and colourful career in which she travelled the world and rubbed shoulders with its most famous, powerful and influential people.

She broke a number of records during her 70-plus years on the throne, becoming the oldest and longest serving monarch and head of state in the world.

Born Elizabeth Alexandra Mary in April 1926, the Queen was only 27 years old at the time of her coronation in 1953.

She worked with 15 prime ministers while carrying out overseas visits and royal duties at home – all while raising a family.

Royal author Bryan Kozlowski told of a ‘personal transformation’ the Queen experienced upon taking on the job, having previously been ‘shy and riddled with doubts’ about her inexperience.

In his book, Long Live the Queen! 13 Rules for Living from Britain’s Longest Reigning Monarch, he writes how Elizabeth told a friend she was ‘no longer anxious’ and had ‘lost all her timidity’ in becoming Sovereign.

Looking back at photographs taken during her career – it really shows – as the Queen was well known for her relentless energy and her beaming smile – not to mention her colourful outfits.

Her Majesty Queen Elizabeth II has died after 70 years on the throne, with her death announced by Buckingham Palace on 8 September 2022.

She passed away at the age of 96 years old surrounded by her family at her home in Balmoral, including her son and heir to the throne Charles, the Prince of Wales, and her grandsons, the Duke Of Cambridge, Prince William and the Duke of Sussex, Prince Harry.

Having led such a full life, it’s been hard to choose from the highlights, but we hope these photographs from every decade of her reign will do her impressive career justice.